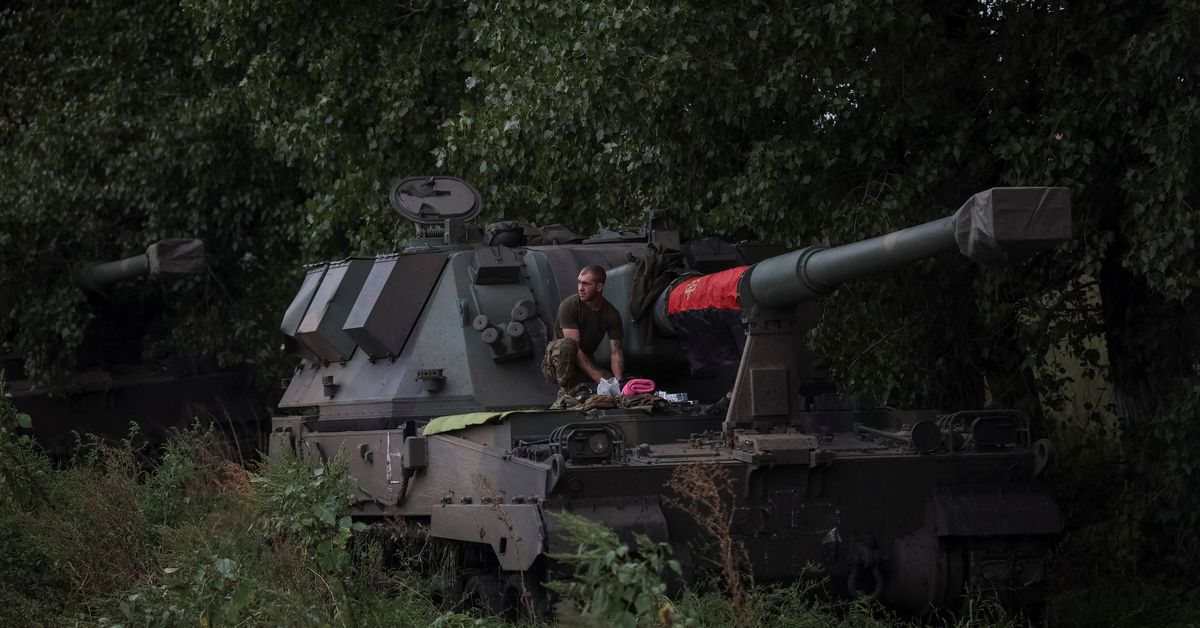 A MILITARY BASE IN POLAND, Sept 18 (Reuters) – The top U.S. general cautioned on Sunday it remained unclear how Russia might react to the latest battlefield setbacks in Ukraine and called for increased vigilance among U.S. troops as he visited a base in Poland aiding Ukraine’s war effort.

The remarks by U.S. Army General Mark Milley, chairman of the Joint Chiefs of Staff, were a reminder of the risks of the conflict intensifying as the United States and its NATO allies aid Ukraine from a distance and Kyiv wages a so-far successful counter-offensive against Russian forces.

“The war is not going too well for Russia right now. So it’s incumbent upon all of us to maintain high states of readiness, alert,” Milley said in Warsaw after the base visit.

Milley reviewed the base’s air defenses, which include Patriot missile batteries that would be a last line of defense should Russia decide to attack the base – risking war with the U.S.-led NATO military alliance.

Milley said he was not suggesting U.S. troops in Europe were under any increased threat, but said they had to be ready.

“In the conduct of war, you just don’t know with a high degree of certainty what will happen next.” read more

Reporters traveling with Milley were asked not to publish the name of the base or describe its location.

Milley was also briefed on critical support being provided by U.S. forces at the base to Ukraine, including remote maintenance assistance via secure teleconferencing for the billions of dollars in U.S.-provided weaponry.

Some members of a roughly 50-member repair team showed reporters images of damaged U.S.-provided arms, including M777 howitzers, that in the West would have long been considered beyond the scope of repair. Not in Ukraine.

“They’re not willing to scrap it,” one soldier said, recalling artillery with shrapnel damage and sometimes completely worn out from firing round after round against Russian troops.

But Ukrainians are managing to bring these weapons back into battle, thanks to guidance from U.S. forces and manufacturing prowess by Kyiv allowing it to reverse-engineer spare parts.

Since the program began in June, more than a dozen teleconference channels have been set up with over 100 Ukrainian contacts. But priority support is being given to the M777s and to the high mobility artillery rocket systems (HIMARS), which have been central to Ukraine’s counter-offensive nearly seven months since Russian forces invaded.

“Combat power for Ukraine is staying at the level it is because of America’s investment in the sustainment,” the soldier said.

Putin has brushed off the counter-offensive but said on Friday that Moscow would respond more forcefully if its troops were put under further pressure.

Such repeated threats have raised concerns he could at some point turn to small nuclear weapons, chemical warfare, or perhaps mobilize Russia’s reserves, who number around 2 million men with military service within the past five years. Russian government officials have dismissed Western suggestions that Moscow would use tactical nuclear weapons in Ukraine. read more

Milley did not speculate on Putin’s next steps but cautioned the war was in a new phase in which Ukrainian forces have seized the strategic initiative.

“Because of that, we have to very closely watch what Russia’s reactions to that will be.”