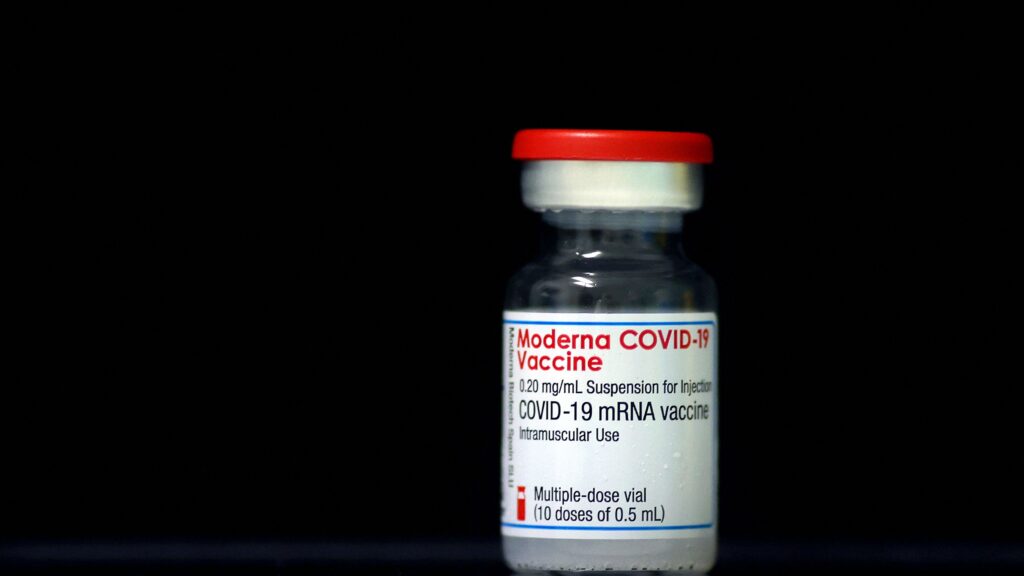 Members of the Food and Drug Administration’s vaccine expert panel, the Vaccines and Related Biological Products Advisory Committee (VRBPAC), are meeting today to discuss Moderna’s application for a booster shot for its product and again Friday to discuss the J&J application.

The Biden administration has made it clear that it wants to boost all Americans who have been vaccinated, suggesting they should receive an additional jab six months or later after the last dose in their original vaccine regimen. Though the World Health Organization has asked wealthy countries to hold off on using boosters to make more vaccine available to low-income countries, and some experts have argued most people don’t currently need boosters, the administration has been unswerving on this policy.

Moderna has applied for authorization for a booster for people 18 and older — the age range currently able to get the company’s mRNA vaccine. It is proposing to give less vaccine in its booster than it does in its regular jabs, 50 micrograms compared to 100 micrograms in the full dose. That difference may make Moderna boosters less reactogenic — less likely to trigger side effects — than the first two doses in its series.

Some studies have shown that the Moderna shot’s protection against mild infection wanes over time, but not yet to the same degree as has been seen with Pfizer’s vaccine. (For both vaccines, protection against severe illness appears to be holding.) And it wasn’t clear from the assessment FDA scientists wrote on the data Moderna submitted whether the agency believes a Moderna booster is needed at this time.

“Some real-world effectiveness studies have suggested declining efficacy of Moderna COVID-19 Vaccine over time against symptomatic infection or against the Delta variant, while others have not,” the FDA scientists said in a briefing document.

It is likely, though, that a Moderna booster will be needed at some point. And it is clear the administration is keen to push through with its boosters-for-all campaign. So turning down Moderna doesn’t seem like the likeliest of outcomes here.

VRBPAC meetings are never dull and today’s — which can be viewed online here starting at 8:30 a.m. ET — is unlikely to be an exception. Updates and analysis will be posted below in reverse chronological order.

8:50 a.m.: The FDA has posted the question it is asking VRBPAC today, and it makes clear that the FDA’s mind is probably already made up about people aged 65 and older who got the Moderna vaccine. It looks very likely that the FDA has decided they should get a booster.

The agency asked the committee whether adults under the age of 65 should be given a booster six months or later after receiving their second dose. It states that for the purposes of the vote, people under the age of 18 shouldn’t be considered. That’s not surprising as the Moderna vaccine is currently only authorized for people 18 and older and the company’s application for a booster was for people 18 and older.

That the FDA hasn’t asked for advice about people over the age of 65 suggests that for the agency, this question has already been answered.

When VRBPAC votes later today, it will be asked if the available evidence supports issuing an emergency use authorization for the Moderna booster for people 65 and older, people 18 to 64 who are at high risk of developing severe Covid-19, and individuals 18 to 64 who live or work in situations that increase their risk of serious complications from Covid.

These groups are the same as those currently eligible to get a Pfizer-BioNTech booster.

Key questions to watch during the panel

8:45 a.m. The next two days will bring a lot of data about whether booster shots are needed, whether they are effective, and for whom. Here are some key questions that could become hot topics for the panelists.

First, remember the situation is very different from the one a month ago, when the same group of panelists met to consider whether to recommend a third booster shot of the Pfizer/BioNTech Covid-19 vaccine for everyone over the age of 16. The panel said that the shots should not be given that broadly, and instead recommended boosters for those over 65, for those with risk factors for severe Covid, and those, like health care workers, whose jobs put them at risk of contracting severe disease.

Now, instead of having to push back against the expectations of the Biden administration, the panel will essentially be playing by the rules it set with the Pfizer vote as it evaluates the proposed booster shots for the Moderna and Johnson & Johnson vaccines. But there are also some key differences between the data available for the three shots.

Why were FDA scientists neutral about boosters? With all three vaccines, the FDA’s reviewers have tended to be skeptical about data showing that the efficacy of vaccines is waning — such data come from observational studies. What will be interesting is the degree to which the panelists share this skepticism.

Is the efficacy of either the Moderna or J&J vaccine waning? Part of the argument for booster shots is the idea that the vaccines are becoming less effective as protection against severe Covid-19 and death. A big point of discussion at the panel for the Pfizer vaccine was that some panelists seemed unconvinced that the vaccine’s efficacy was waning so much that a booster was needed for all. So how the panel reacts to data showing that the vaccines may become less protective over time is important.

When are antibody levels enough evidence? A lot of evidence for both the waning of vaccine efficacy and the effectiveness of the boosters comes from studies measuring the antibody levels, known as titers, in volunteers. One of the big things the panel has to wrestle with is whether these numbers are enough without proof that waning causes more cases of severe disease, or that, say, a 66-fold boost in antibody titers from the Moderna vaccine means recipients are less likely to become sick.

Was Moderna right to reduce its vaccine dose? The dose of the Moderna booster is half that of the normal vaccine dose, a contrast to the other vaccines, which boost with an additional dose of the same vaccine. Moderna decided to do this because early data showed that side effects like fever were more common with the higher dose but not with the lower one, but antibody titers increased about as much. As with many decisions made in vaccine development, the panelists are likely stuck with this whether they like it or not.

What role should side effects play in the booster decision? One of the big reasons the panel wasn’t excited about giving a Pfizer/BioNTech booster to younger adults was the risk of myocarditis, a rare inflammation of the heart. The question is: Does the small incremental risk of myocarditis outweigh the potential benefit of extra protection in people whose risk from Covid is already low due to youth and lack of other risk factors? The same calculus is likely to play a role with the Moderna shot.

A key question about Covid vaccines is whether they could be more effective if used in combination. There’s good reason to believe the vaccines — because they aren’t all made using the same design or platform — won’t all generate the exact same immune response. In theory, giving an mRNA vaccine after one that uses a modified virus to deliver genetic material from the SARS-CoV-2 virus — as the J&J vaccine does — might provide broader protection.

The National Institute of Allergy and Infectious Diseases has been studying this question, and a preprint containing the earliest data from that so-called mix-and-match trial was posted online on Wednesday. The data look good for the Moderna booster; it seems to work well as a booster for itself, for the Pfizer vaccine, and for the J&J shot.

But the dose studied in the mix-and-match trial was not the half dose Moderna is hoping the FDA will authorize — the study used the full, 100-microgram dose.

At any rate, mix-and-match use of the Moderna booster isn’t on the agenda for today. The NIAID data won’t be presented until tomorrow. Today’s vote — the wording of which has not yet been revealed — will be about whether people who received Moderna’s vaccine should get its booster.