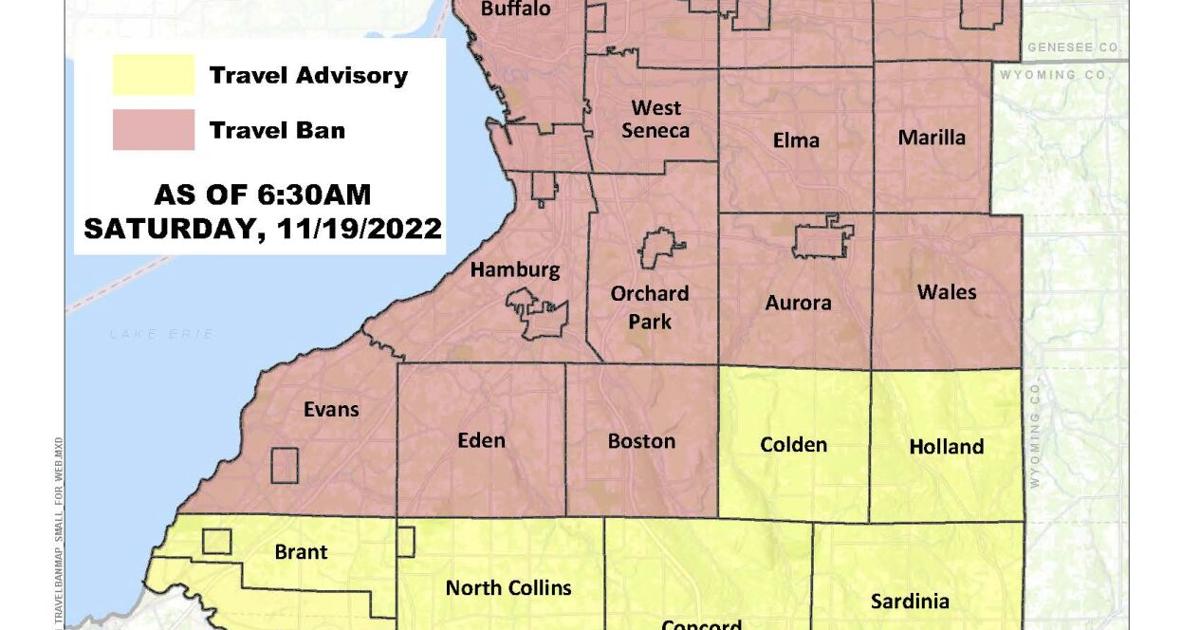 One to 2 feet of snow fell in Buffalo overnight after the lake-effect snow band that has been pummeling the Southtowns drifted north.

A travel ban went into effect for the entire City of Buffalo at 7 a.m. Saturday, according to police spokesman Michael J. DeGeorge.

“Only authorized personnel are allowed to travel at this time,” he said in a statement. “City officials say overnight a foot to 2 feet of snow fell in different parts of the city.”

Also all NFTA bus service has been suspended Saturday morning, according to the NFTA website. Metro Rail is running but on limited service.

The storm that began Wednesday night has buried parts of the Southtowns in several feet of snow.

The smart way to start your day. We sift through all the news to give you a concise, informative look at the top headlines and must-read stories every weekday.