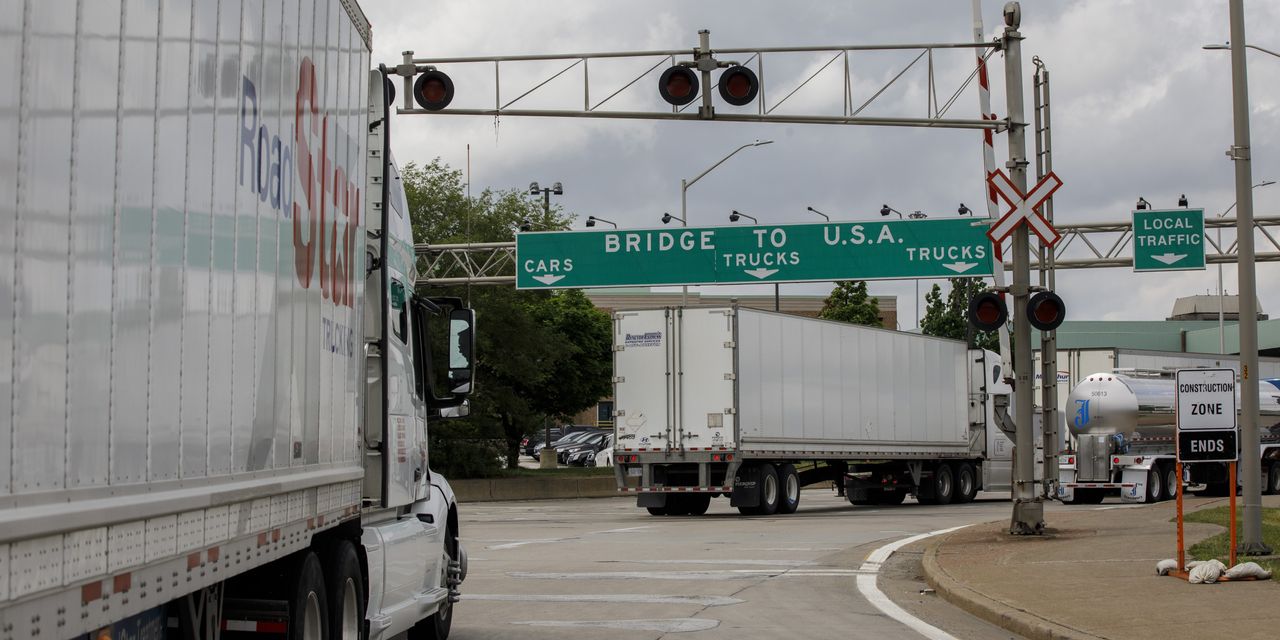 The two countries have allowed trade to cross their border unimpeded since the start of the pandemic. Tourist entry at the land border was prohibited until late last year. But in November, both the U.S. and Canada said they would require truck drivers to be vaccinated in order to enter their respective countries.

The Canadian rules kick in on Saturday, when Canada will ban U.S. and other foreign truckers from entering the country unless they are fully vaccinated. Canada will require unvaccinated Canadian drivers to show a negative, molecular Covid-19 test taken 72 hours prior to reaching the border before they are allowed entry. Those drivers will also have to quarantine for a 14-day period, which industry groups say will hurt fleets that are already short-staffed.

The U.S. has said Canadian truck drivers without two shots of an authorized Covid-19 vaccine would be denied entry starting Jan. 22. Absent a bilateral solution, trucking and manufacturing trade groups warn of supply-chain upheaval that could lead to further price increases and a possible shortage of critical goods such as food.

Top news and in-depth analysis on the world of logistics, from supply chain to transport and technology.

According to U.S. trade data, two-way trade in merchandise goods between the U.S. and Canada totaled over $600 billion in 2019. About 80% of those goods move on trucks, the Canadian exporter and trucking sectors estimate.

In a separate development, the U.S. Supreme Court on Thursday blocked the Biden administration’s Covid-19 vaccine-or-testing rules for large private employers, which U.S. trucking executives and some industry groups have said could deepen upheaval in domestic supply chains. The decision does not affect the coming border restrictions.

“It’s a relief,” said Eric Fuller, chief executive of US Xpress Enterprises Inc., a large trucking carrier based in Chattanooga, Tenn. “As much as I wish everyone would get vaccinated, this mandate was going to create a lot of headaches for a lot of companies.”

The American Trucking Associations, an industry group, is urging leaders in Ottawa and Washington to reconsider the cross-border mandates “so we can avoid any further economic disruptions,” said Bob Costello, the group’s chief economist and senior vice president of international trade policy and cross-border operations.

Professional drivers spend much of their time alone and have lower infection and absentee rates than the general public, Mr. Costello said. “We believe these mandates will only serve to push drivers out of the industry or away from these routes, further straining the supply chain between the U.S. and our biggest trading partner.”

A spokeswoman for the U.S. Embassy in Ottawa didn’t respond to a request for comment.

Meanwhile in Canada, the government issued a statement late Thursday afternoon reiterating that the trucker-focused vaccine mandate remained in place. A statement said information previously provided to Reuters and The Canadian Press news agency, indicating Ottawa was partly reversing some of the rules as they applied to Canadian truck drivers, “was provided in error.” Late Wednesday night, the two news agencies had reported Canada was reversing some of the proposed rules.

The statement, jointly written by the ministers of health, public safety and transport, said the country’s response to the Covid-19 pandemic would give priority to the health and safety of Canadians. Border measures could be lifted or adjusted depending on Covid-19 case counts and hospitalization rates, the statement also said.

Over 80% of the company’s cross-border fleet is vaccinated and partner carriers are fully vaccinated, Mr. Dixon said.

Stephen Laskowsi, president of the Canadian Trucking Alliance, said a survey of Canadian truckers suggested that “at least” 10% of 120,000 truckers in the country weren’t vaccinated. “We are already short truck drivers in Canada,” he said, citing data from Statistics Canada indicating there were 23,000 job vacancies in the sector.

Difficulties hiring and retaining truck drivers on both sides of the border have contributed to supply-chain disruptions that have weighed on economic activity in North America and globally. “If you introduce this vaccine mandate, that piece of the problem gets bigger,” Mr. Laskowski said.

Dennis Darby, president of the Canadian Manufacturers and Exporters, a lobby group, warned Canadian Prime Minister Justin Trudeau in a Jan. 11 letter against implementing the vaccine mandate for Canadian and U.S. truckers at the border.

“Without adequate trucking services, manufacturers would be unable to maintain their current supply chains and production will stop or slow across the country,” he said.

Write to Paul Vieira at paul.vieira@wsj.com and Jennifer Smith at jennifer.smith@wsj.com