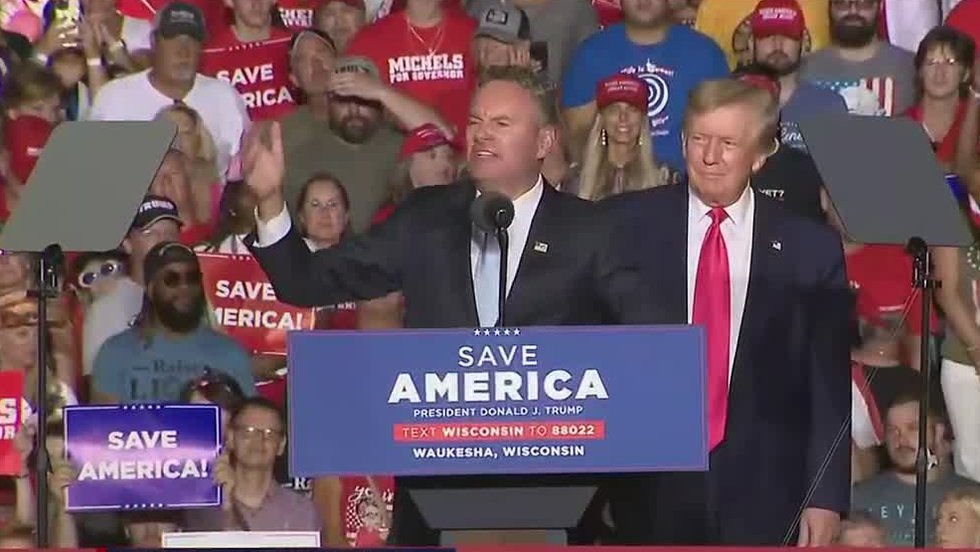 She’s a former TV news anchor who spent eight years as former Gov. Scott Walker’s heir apparent and vowed to continue his sharply conservative policies. Then a wealthy construction company owner jumped in, dumped $12 million of his own money into the race and won Donald Trump’s backing.

Now Tim Michels is in a dead heat with Kleefisch heading into Tuesday’s primary to decide who will face Democratic Gov. Tony Evers in November.

The race also shaped up as another proxy fight between Trump and his estranged former vice president, with Mike Pence throwing his support to Kleefisch.