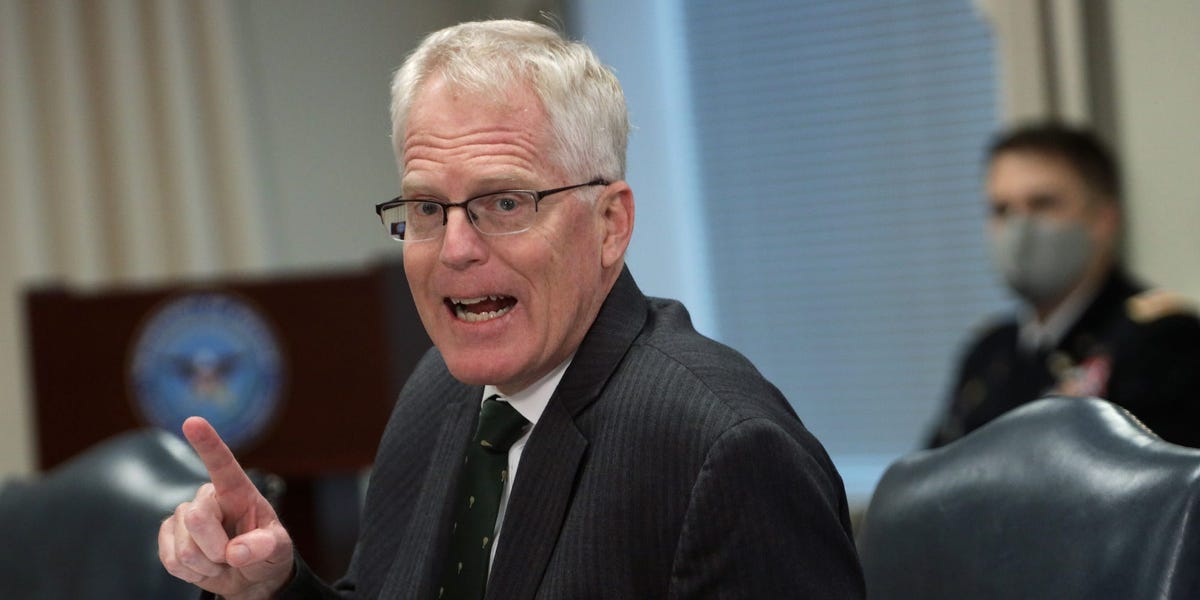 The defense secretary President Donald Trump appointed after he lost the 2020 election tried to investigate a voter fraud conspiracy that a Justice Department official described as “pure insanity.”

Trump appointed Christopher Miller as acting defense secretary on November 9, 2020, after firing Defense Secretary Mark Esper days after losing the election to Joe Biden. Miller, a former US Army Special Forces soldier, was at that time the director of the National Counterterrorism Center.

Testimony from the January 6 committee hearing on Thursday revealed Miller indulged one of the more bizarre election conspiracy theories, which claimed that an Italian defense contractor had uploaded software to a satellite that then switched votes from Trump to Biden.

GOP Rep. Adam Kinzinger said the baseless theory made it to the White House after Rep. Scott Perry of Pennsylvania sent a 20-minute YouTube video to Trump’s chief of staff, Mark Meadows, along with the message: “Why can’t we just work with the Italian government?”

Meadows then sent the video to the Justice Department, where it reached Richard Donoghue, the acting US deputy attorney general at the time. Donoghue told the committee on Thursday that he watched the video at the time.

“I emailed the acting attorney general and I said, ‘pure insanity,’ which was my impression of the video, which was patently absurd,” Donoghue said.

But after Meadows brought the theory to the Department of Defense to investigate, Miller looked into it, according to the testimony he gave the committee that was played on Thursday.

Kinzinger said Miller called the defense attaché in Italy to ask about the claim.

“The ask for him was, can you call out to defense attaché Rome and find out what the heck’s going on? Because I’m getting all these weird crazy reports and probably the guy on the ground knows more than anything,” Miller said.

“This wild, baseless conspiracy theory made it from the recesses of the internet to the highest echelons of our government,” Kinzinger said on Thursday, adding: “This is one of the best examples of the lengths to which President Trump would go to stay in power.”

Miller served as acting defense secretary until January 20, 2021, when Trump left office. He told reporters in the days prior: “I cannot wait to leave this job.”

He also said that at one point in his tenure he acted like a “fucking madman” to dissuade Trump from attacking Iran, according to ABC News reporter Jonathan Karl’s book “Betrayal.”