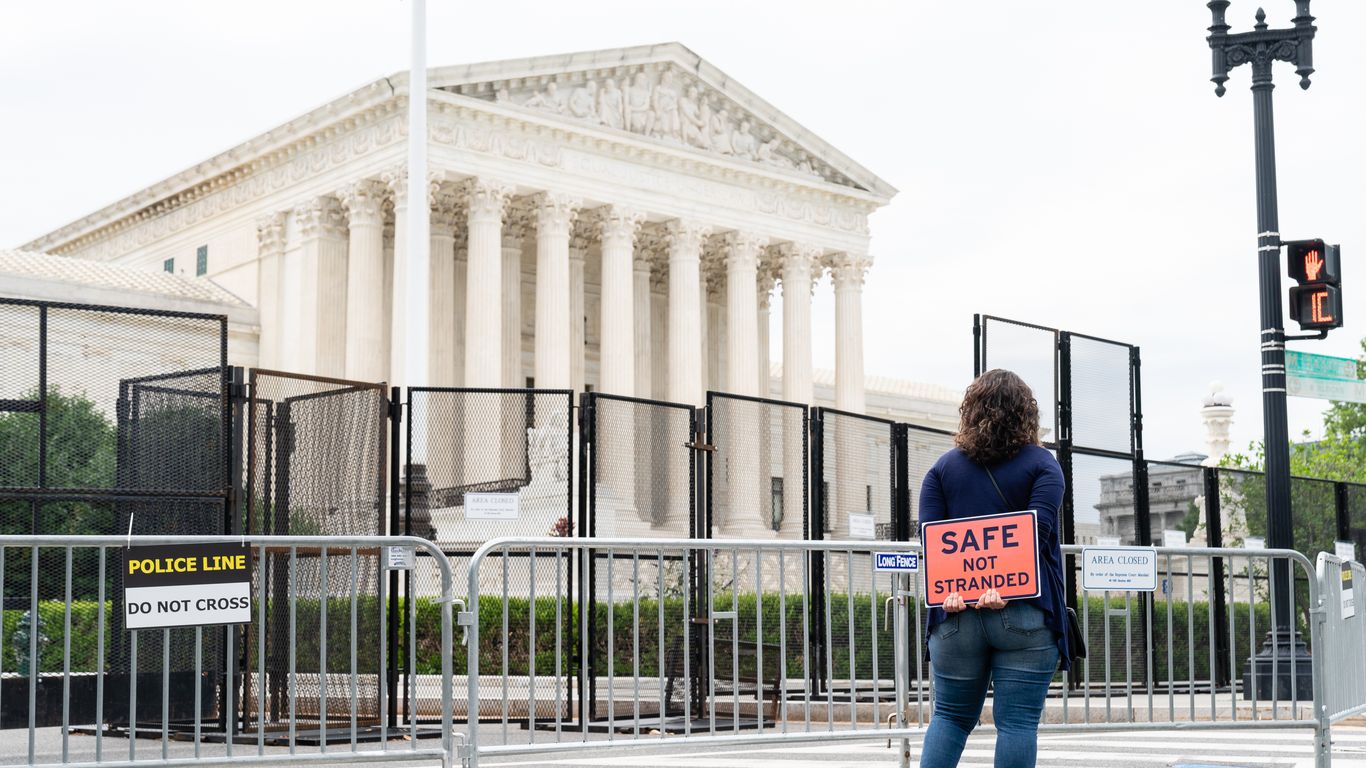 A migrant woman tried to take her own life this month while waiting in a shelter in Monterrey, Mexico, for a U.S. asylum decision — the first known suicide attempt of Joe Biden’s presidency under the Trump-era “Remain in Mexico” program he was forced to restart, Axios has learned.

What we’re watching: Biden officials are awaiting a U.S. Supreme Court decision they hope will allow them to end a program that advocates say places migrants at risk. The ruling could come as soon as tomorrow.

The big picture: “[S]ituations like this highlight the endemic flaws” of the Migrant Protection Protocols (MPP) program, a Department of Homeland Security spokesperson told Axios.

Between the lines: MPP is one of several Trump-era immigration policies that Biden had tried to disband — such as the Title 42 public health order — but kept in place due to court intervention or potential backlash from within his party.

By the numbers: So far, at least 5,600 asylum seekers have been returned to Mexico since the MPP program was forced to restart in December, according to the UN International Organization for Migration’s (IOM) count, provided to Axios.

Details: The woman who attempted suicide has since been treated in a hospital and brought into the U.S. under medical parole, according to an internal U.S. document viewed by Axios.

What they’re saying: “DHS is aware of this incident and acted quickly to remove the individual from MPP once notified of the situation,” a Department of Homeland Security spokesperson told Axios.

What we’re hearing: The news of the attempted suicide rattled other women in the shelter who messaged trusted advocates to share their concerns.

How we got here: President Biden has been forced by the courts to resume MPP after ending the controversial Trump-era program in February 2021.

Asylum seekers recently placed into the program are being sent to several shelters in Monterrey more than any other city — often transferred by IOM from other cities closer to the border such as Nuevo Laredo and Matamoros.

The bottom line: “People on MPP we serve suffer from anxiety, stress, and a sense of hopelessness, and often, helplessness,” said Blanca Lomeli, director of the Mexican branch of the refugee group HIAS, which provides mental health and other services to migrants throughout Mexico.