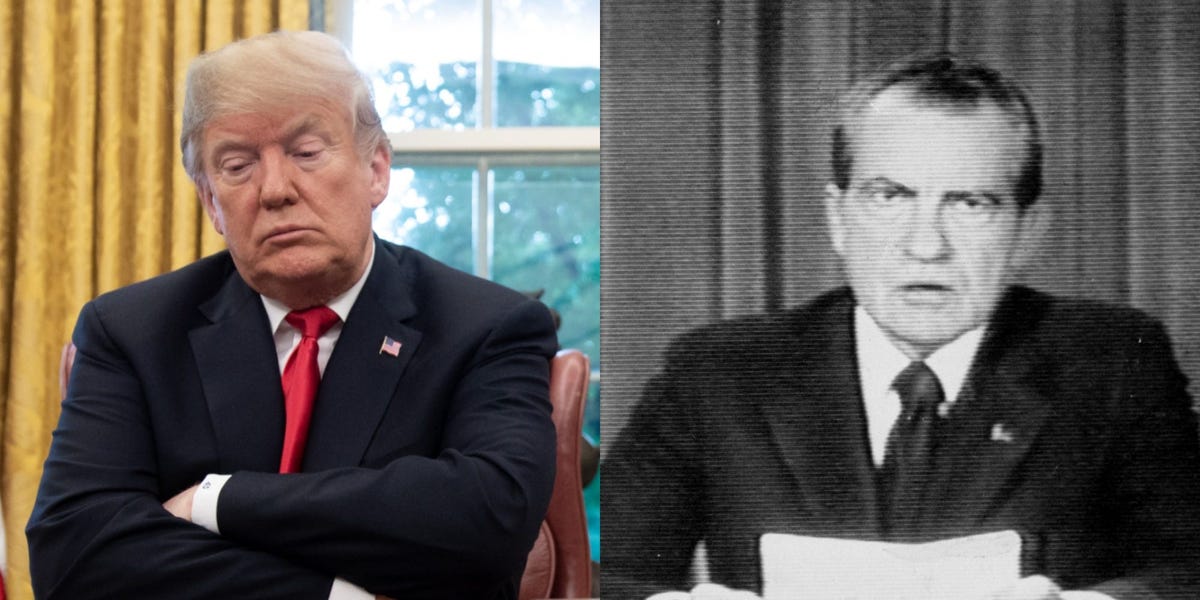 Two people who served on the House Judiciary Committee in the impeachment of former President Richard Nixon have weighed in on how the Watergate scandal differs from the Capitol riot investigation involving former President Donald Trump.

Elizabeth Holtzman, who served on the panel investigating Nixon, told MSNBC that there were marked differences between the two political scandals — chiefly regarding how the GOP responded to them.

“The Republicans were willing to follow the facts. They didn’t necessarily want to agree with Democrats. They were following the facts,” Holtzman told the outlet.

She recounted to MSNBC how her Republican colleagues initially thought there was “nothing there” with the Nixon investigation but that the probe quickly became bipartisan when more evidence emerged.

“So it became not just bipartisan, it became unanimous, Nixon had to resign. Now what we see is that there’s an alternative reality,” Holtzman said, per the outlet. “It’s not that Republicans are following facts – they make up their own facts – and there’s no way our democracy can function if people make up their own facts. And that’s the danger.”

Michael Conway, the judiciary committee’s counsel during the Nixon impeachment, also weighed in on the matter.

“The one thing I will mention is when the House voted to authorize the impeachment inquiry, 410 members voted in favor of starting the inquiry,” Conway said, per MSNBC. “You would never get that level of bipartisanship today.”

Conway told the outlet that in 1974, when the judiciary committee was working on the Nixon impeachment, people couldn’t go seeking “alternative facts” to support their baseless claims. He also said it was likely that the differences in Trump’s and Nixon’s personalities were likely affecting how the respective investigations were unfolding.

“I think that if the Supreme Court today ordered President Trump to turn over something, I think it’s more likely than not that he’d be defiant. So part of it, I believe, is just the personality,” Conway said, per MSNBC. “There wasn’t really the cult of Richard Nixon as there was the cult of Donald Trump.”

This is not the first time that parties involved in the Watergate probe have weighed in on the Trump administration’s scandals. In April, a Watergate prosecutor commented on the 457-minute gap in Trump’s White House call logs on the day of the Capitol riot, saying the omission may have masked “incalculably worse” behavior than Nixon’s.