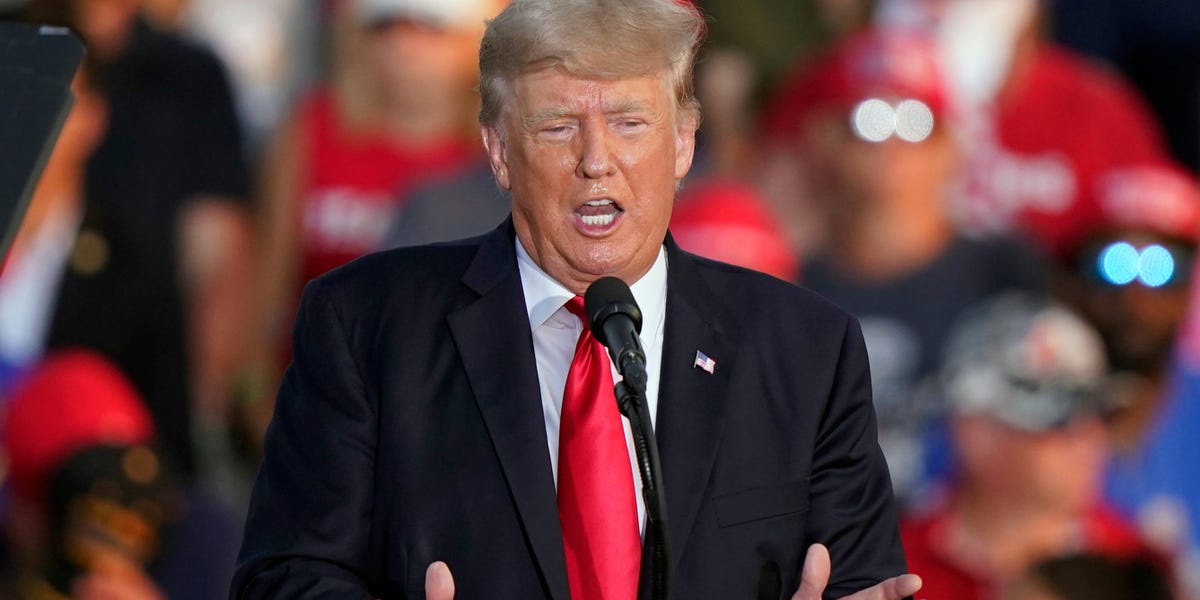 Speaking to a group of New York City Policy Department officers on the 20th anniversary of 9/11, former President Donald Trump hinted at his plans to run in the 2024 presidential election.

“I think you’re going to be happy,” Trump said when asked whether he intends to run for president during a surprise visit to the NYPD’s 17th precinct on Manhattan’s east side.

“That’s a tough question. Actually it’s an easy question. I know what I’m going to do, but we’re not supposed to be talking about it yet, from the standpoint of campaign finance laws, which frankly are ridiculous,” Trump said.

He did not attend a memorial service at Ground Zero in lower Manhattan alongside President Joe Biden and former Presidents Barack Obama and Bill Clinton, nor was he present as former President George W. Bush delivered remarks in Shanksville, Pennsylvania.

Instead, Trump will be offering live commentary during a pay-per-view, heavyweight boxing match Saturday night in Hollywood, Florida alongside his son, Donald Trump Jr.

Since losing the presidential election last November, Trump has continued to push baseless allegations of voter fraud occurring during the 2020 election. Dozens of lawsuits containing such allegations of fraud have been found meritless.

Trump has also recently hinted at another presidential run and leaned into QAnon theories that he will be reinstated in office.

In June, Trump closed a statement by telling followers to look forward to “2024 or before!”

One June poll of Republican correspondents by Politico and Morning Consult found that three in 10 still believe it is “very” or “somewhat” likely that Trump will be reinstated as president this year, something that is a legal impossibility.