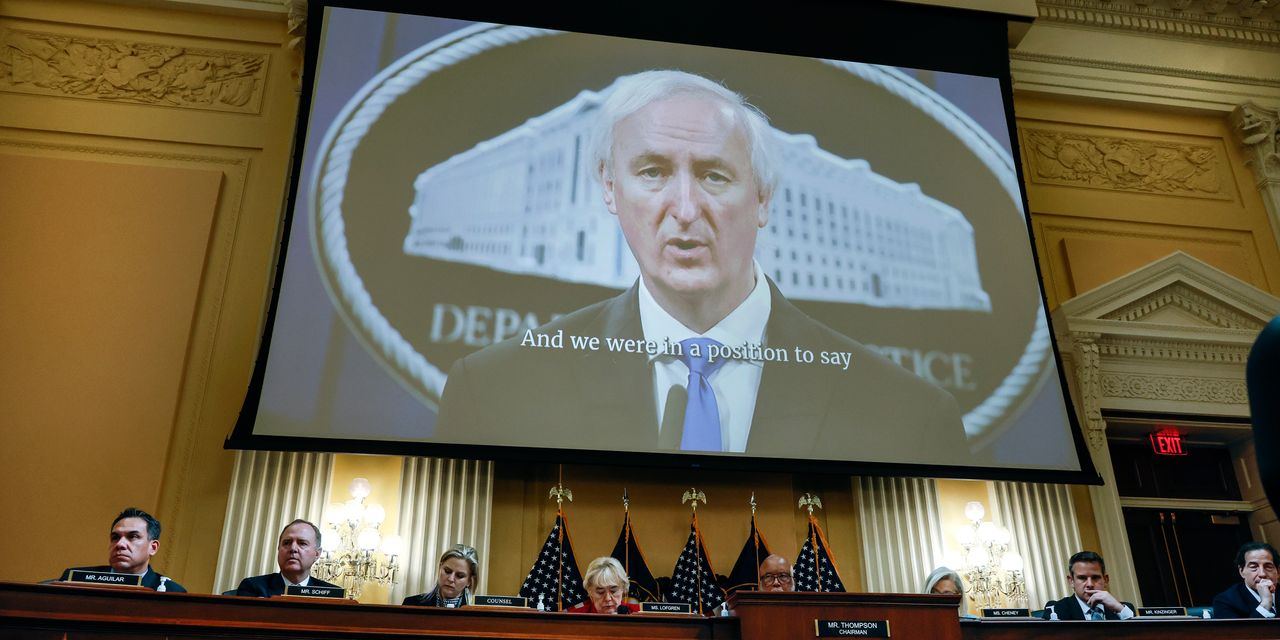 Senior officials in President Donald Trump’s Justice Department testifying on Capitol Hill described his campaign to enlist them in an effort to overturn the 2020 presidential election.

That campaign included a plan by Mr. Trump to replace the Justice Department’s acting attorney general, Jeffrey Rosen, with Jeffrey Clark, a department official who promised to assist his efforts to reverse his election loss, Mr. Rosen and other department officials testified Thursday before the House select committee investigating the Jan. 6, 2021, attack on the Capitol.