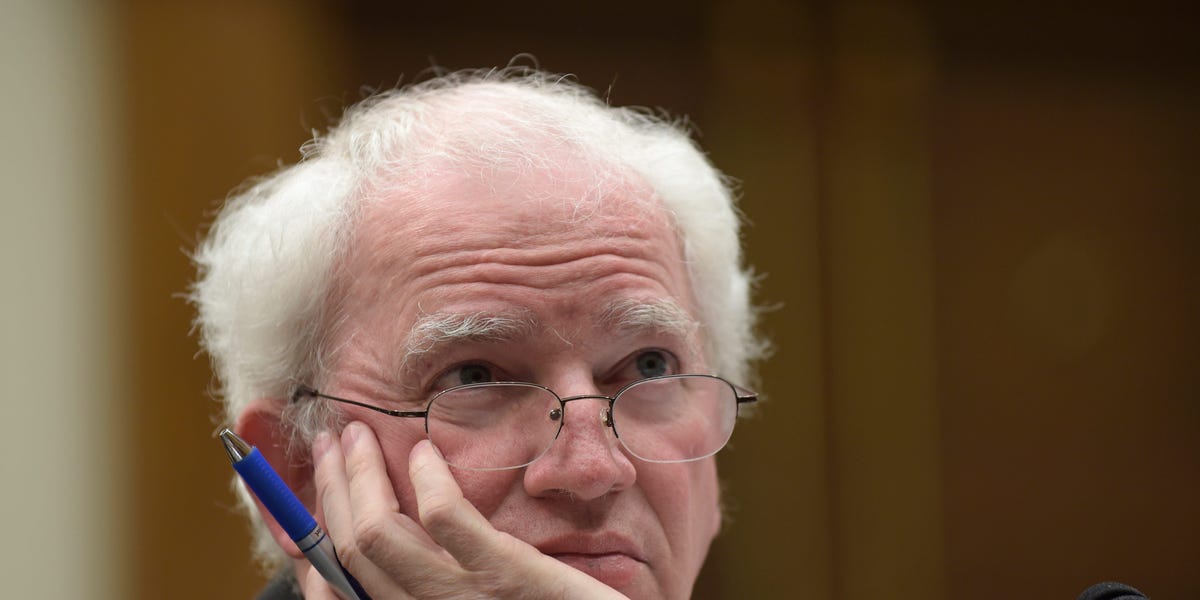 Former Trump lawyer John Eastman was still pitching ideas on how to overturn the election in Georgia on President Joe Biden’s inauguration day, The New York Times reported on Wednesday.

Eastman is known for having penned a detailed six-page memo suggesting how then-Vice President Mike Pence should move to overturn the vote in favor of former President Donald Trump.

The Times obtained an email dated January 20, 2021, that Eastman sent to Rudy Giuliani, Trump’s personal lawyer at the time. The email — which the outlet authenticated with individuals involved with the Trump campaign — was sent several hours after Biden was inaugurated.

According to The Times, Eastman pitched to Giuliani the idea that their team could uncover voter fraud in Georgia by attempting to scrutinize the results of the state’s runoff elections, in which Democrats Jon Ossoff and Raphael Warnock clinched two Senate seats.

“A lot of us have now staked our reputations on the claims of election fraud, and this would be a way to gather proof,” wrote Eastman in the email, per The Times.

“If we get proof of fraud on Jan. 5, it will likely also demonstrate the fraud on Nov. 3, thereby vindicating President Trump’s claims and serving as a strong bulwark against Senate impeachment trial,” Eastman continued, per the outlet.

Also included in Eastman’s email was an appeal to Giuliani to help him to secure payment for the $270,000 in legal fees he had billed the Trump campaign for on January 19, The Times reported. This bill included $10,000 daily legal fees for working eight days in January 2021.

According to The Times, Eastman might not have received his payment.

Eastman and Giuliani did not immediately respond to Insider’s requests for comment. Insider has not independently acquired or verified the authenticity of the email obtained by The Times.

In July, federal investigators obtained a search warrant for Eastman’s phone — a sign that the Justice Department might be moving in on those closest to Trump.

The panel also revealed that Eastman, who pleaded the Fifth Amendment 100 times during his deposition to the committee, had personally asked Giuliani if he could be placed on Trump’s presidential pardon list following the Capitol riot.

Sources have told Rolling Stone that Trump might be looking to distance himself from Eastman in the wake of the increased scrutiny the latter faced from the January 6 panel.