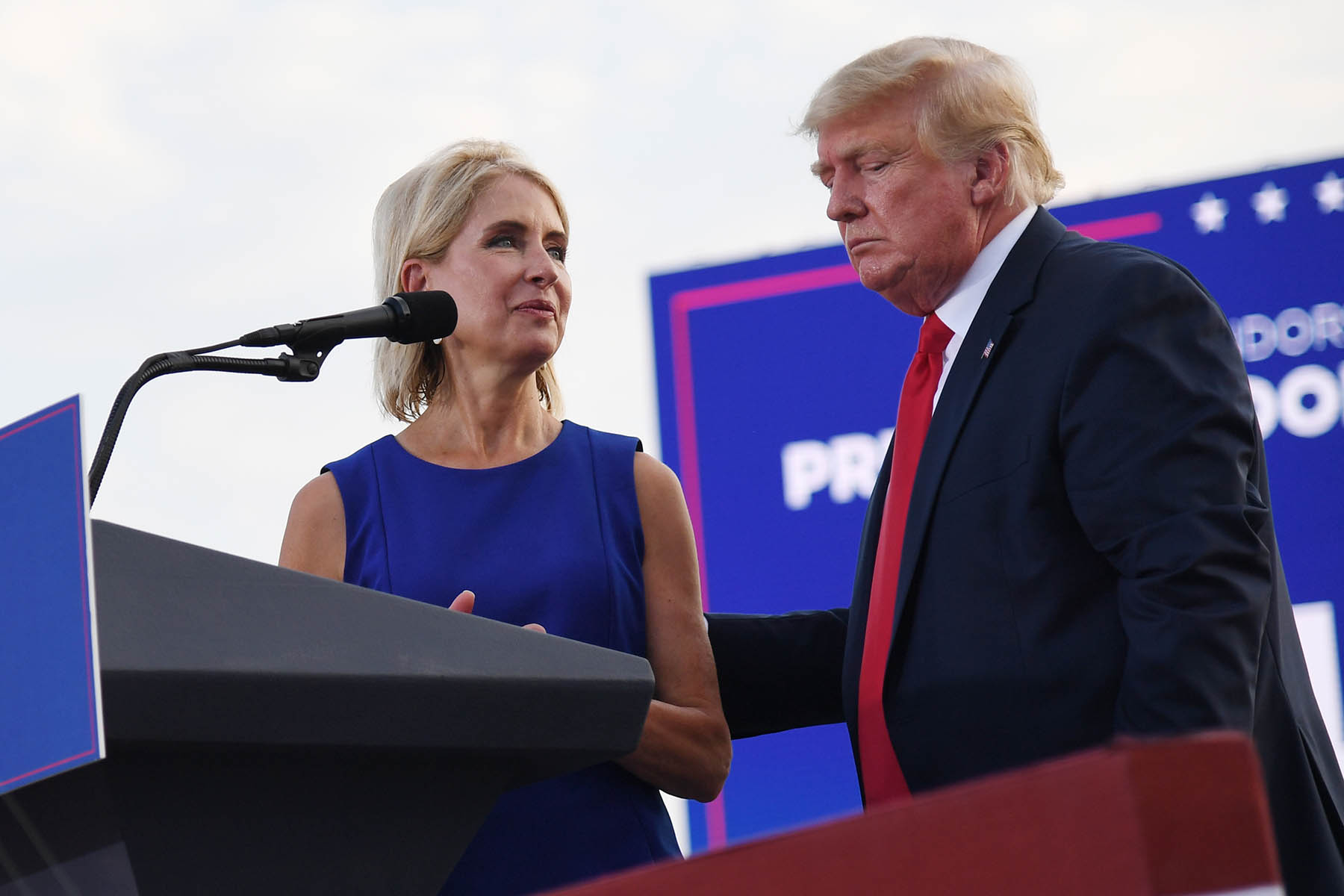 Donald Trump is nervous that his role in overturning Roe v. Wade could hurt his chances of retaking the White House, but at his Saturday night rally outside Quincy, Illinois, nobody seemed much to mind.

As the former president’s supporters chanted “thank you Trump,” Trump briefly addressed the monumental ruling at the beginning of his remarks, congratulating spectators and calling  the overturning of Roe v. Wade “A victory for the constitution…the rule of law,” and “a victory for life.” The former president gloated over the number of Supreme Court and federal judges nominated and confirmed throughout his administration.

It’s a stark contrast from how Trump has been talking about the ruling when the cameras are off. Sources told Rolling Stone Friday that Trump has been privately bemoaning the victory. A source who has been in close contact with the president in the weeks following the leak of the Supreme Court opinion that “He keeps shitting all over his greatest accomplishment. When you speak to him, it’s the response of someone fearing the backlash and fearing the politics of what happens when conservatives actually get what they want [on abortion].”

The Illinois rally showcased his grotesque greatest hits of what have become his pet issues: allegations of a stolen election, gripes about the radical left, and guest appearances. And indeed, Trump’s remarks on Roe were relatively brief, particularly when measured against his obsessive focus on his own, lost 2020 election.

Trump offered his support to Representative Mary Miller of Illinois 15th congressional district, who in her remarks, apparently accidentally, called the end of Roe a “victory for white life.”

Miller: President Trump… I want to thank you for the historic victory for white life in the Supreme Court yesterday pic.twitter.com/RqxmbT8jx5

Trump is stumping for Miller amid a run of rough primary results, as a string of Trump-backed candidates have failed to clinch the nomination. He’s putting his clout on the line again in the GOP primary Tuesday, but while Trump’s primary setbacks may be a solid bit of schadenfreude for those enjoying the ex-president’s humiliation, they’re cold comfort to those concerned about the ongoing spread of Trumpism. In GOP primaries, fealty to Donald is still the coin of the realm, and Miller’s opponent, Rep. Rodney Davis, has made his pro-Trump alignment central to his campaign.

The early part of the week was dominated by Congress’ Jan. 6 committee hearings, which focused on the former president’s actions in the run-up the Capitol riot. Hearing revealed Trump’s sympathetic words for rioters ransacking the Capitol, as well as his team’s systematic push to invalidate American Democracy.

By week’s end, the focus was on the Supreme Court, where three Trump-appointed justices — Neil Gorsuch, Brett Kavanaugh, and Amy Coney Barrett — drove the court’s rightward lurch. They all voted to overturn Roe v. Wade, but they were also key to efforts to void New York gun safety laws and strike down public protections against police abuse.

Trump has no apologies for the attempted coup, but he has privately voiced concerns about what his Supreme Court past will do for his political future. Regardless of his public statements, Trump has for months been privately fretting that shifting the focus back to abortion will hurt Republicans — and could be a hurdle to him retaking the White House should he run again in 2024.

Trump’s rally is the latest in a long string of appearances that have all the markings — but none of the official declarations — of a proto-presidential campaign. Officially declaring his candidacy would trigger a host of campaign finance rules, but Trump has privately spoken repeatedly about what a run would look like, including speculating about launching in Florida to stick it to potential 2024 GOP primary rival Gov. Ron DeSantis.