Former President Trump on Saturday hinted that he might run for president again in 2024 during a visit on the 20th anniversary of 9/11 to the New York Police Department’s (NYPD) 17th precinct.

The former president, a New York native, spoke briefly about the Sept. 11, 2001, attack on the World Trade Center, the recent Afghanistan withdrawal and took questions from the police officers.

Trump called the 20th anniversary of 9/11 a “very sad day for a lot of reasons,” referring to both the attack and the botched withdrawal of U.S. troops from Afghanistan in recent weeks, and praised the brave NYPD officers.

“I grew up with you and you are New York’s finest. You’re incredible people. I know many of you,” said Trump. 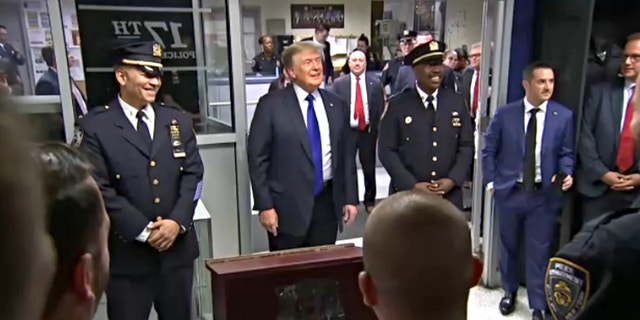 Former President Trump on Saturday hinted that he might run for president again. (Fox News screenshot)

The former president also called Biden’s withdrawal from Afghanistan “gross incompetence” and criticized other aspects of the U.S. withdrawal.

When asked by a NYPC officer whether he’d run for president a second time, Trump responded, “That’s a tough question.”

“Actually, for me, it’s an easy question. I mean, I know what I’m going to do, but I’m not supposed to be talking about it yet from the standpoint of campaign finance laws, which, frankly, are ridiculous,” said Trump.

“But I think you’re going to be happy,” the former president said. 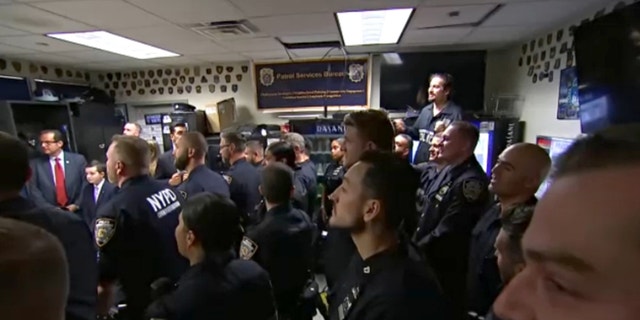 Former President Trump on Saturday hinted that he might run for president again. (Fox News screenshot)

Trump went on to tout the economy, national jobs numbers, regulatory rollbacks and increased financing for the military under his administration. He also suggested that his administration was “getting along with the other side” while he was in office.

The House of Representatives made history in January when members of Congress voted for the second time to impeach Trump a week after the Jan. 6 Capitol riot and days before President Biden was sworn in as the 46th President of the United States.

The former president and his allies have previously implied that he will run again in 2024.