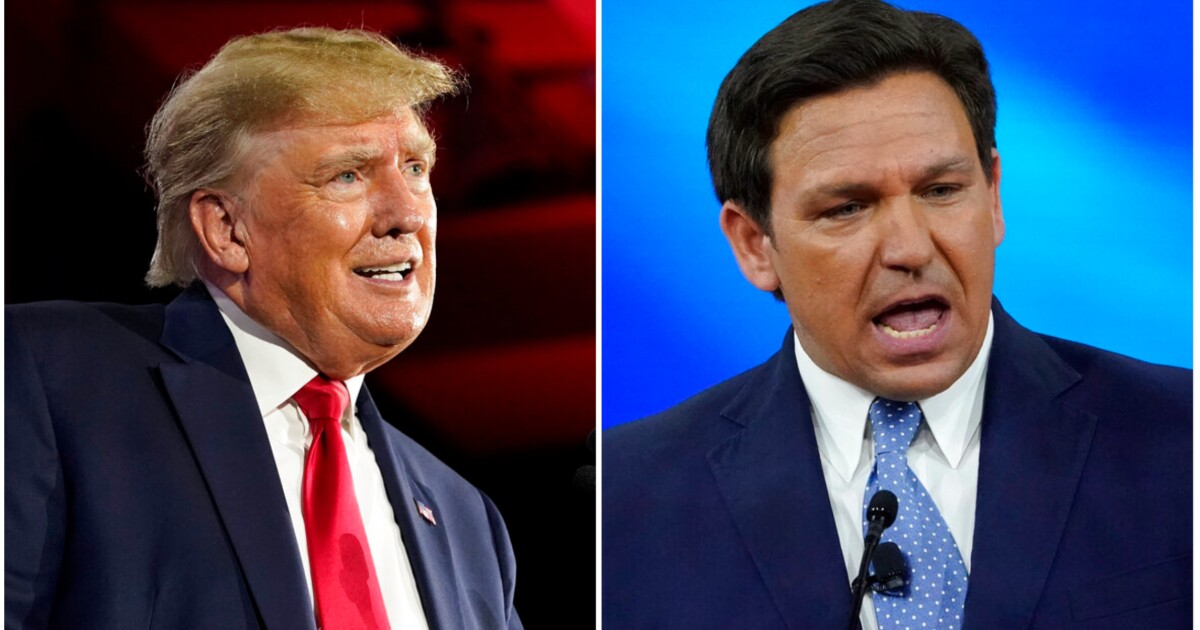 Former President Donald Trump privately fumed over Gov. Ron DeSantis getting praise for sending immigrants to “sanctuary” cities, claiming the governor stole his plan, according to a report.

DeSantis, who flew a group of immigrants to Martha’s Vineyard on Wednesday, followed the footsteps of Gov. Greg Abbott and Gov. Doug Ducey who sent immigrants who entered the country to sanctuary cities that would not deport them. However, it was not the action of sending the immigrants to another city that upset Trump but the fact that DeSantis was getting praised by Republicans, according to Rolling Stone.

Trump accused DeSantis of sending the immigrants to Martha’s Vineyard to generate a polling boost for himself for the 2024 presidential election, according to the outlet, citing two anonymous sources.

Although neither Republican leader has declared a bid for the Republican nomination for president in 2024, both Trump and DeSantis are considered early front-runners.

Trump has not commented publicly about the transportation of the immigrants by either DeSantis or Abbott, who most recently bused over 100 immigrants to the Naval Observatory in Washington, D.C., where the vice president resides. The idea to send immigrants to sanctuary cities was mentioned by the former president in 2019 as retaliation for Democrats that did not support his border policies.

“We’ll bring them to sanctuary city areas and let that particular area take care of it, whether it’s a state or whatever it might be,” Trump said at the time, according to NPR. “We’ll give them more people. We can give them a lot. We can give them an unlimited supply, and let’s see if they’re so happy. They say, ‘We have open arms.'”

Trump returned to his Mar-a-Lago resort in Florida on Sunday night. His return marked his first visit to the Sunshine State since FBI agents raided and seized documents from the resort last month.