Former president Donald Trump has claimed Democrats will ‘probably rig’ California’s upcoming Governor recall election while he again hinted strongly he is about to run for the White House again.

Election officials in California will start tallying ballots next Tuesday for the recall election of Democratic Governor Gavin Newsom.

‘They’re sending out these mail-in ballots,’ Trump told Newsmax. ‘I guess you even have a case where you can make your own ballot.

‘When that happens, nobody is going to win except these democrats. The one thing they’re good at is rigging elections, so I predict it’s a rigged election.’

The 45th president’s comments appeared to follow his rhetoric against the legitimacy of ballots cast by mail. He has claimed that mail-in ballots cost him the presidency during last year’s election, which he lost to President Joe Biden.

But he’s not dismissing reports his own name could soon reappear on a ballot.

Trump has not yet announced whether he plans to make another bid at the White House during the 2024 election.

However, he did say ‘people would be very happy’ with his choice.

‘I’ll make a decision in a not-too-different future. I love our country, and I think a lot of people are going to be very happy and if you look at the poll numbers, I certainly like that. We have a 98 percent approval rating, and that makes me feel good. It makes me feel appreciated.’

There is no known evidence to back Trump’s allegations that the vote-by-mail method leads to widespread fraud, nor is it clear what he meant in saying Californians can create their own ballots.

Vendors who print ballots for California elections must be certified by the Secretary of State (SOS), and vote-by-mail ballots have specific paper types and watermarks, according to the SOS’s website.

Each vote-by-mail ballot return envelope has a unique bar code that elections officials scan. Ballots cannot be returned in a different envelope. 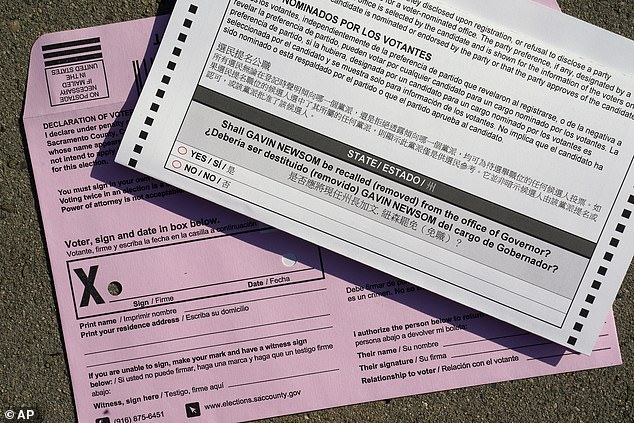 Election officials says absentee ballots are created on specific paper, and have watermarks

Elections officials examine each vote that is cast to ensure the voter has not turned in a vote elsewhere, and a voter’s signature is compared with the one on their registration card.

All California registered voters were sent a ballot in the mail, and can submit votes by post or a drop-box location. The state said it mailed out this year’s ballots as a safety precaution during the ongoing COVID-19 pandemic.

Next week’s election is expected to hinge on whether Republican candidate Larry Elder can rally enough support to unseat Newsom. 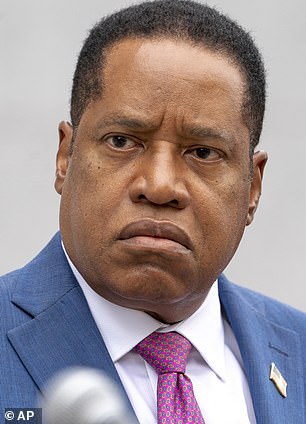 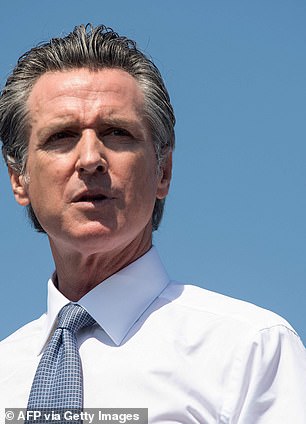 The governor has drawn criticism from some constituents over his pandemic leadership, namely government-imposed restrictions and lockdowns.

Some Californians called Newsom out after he was caught socializing at a high-end Napa Valley restaurant when most other Californians were ordered to wear masks and stay home.

Larry Elder, a lawyer and popular syndicated talk show host, is his leading opponent in a race with 46 candidates. 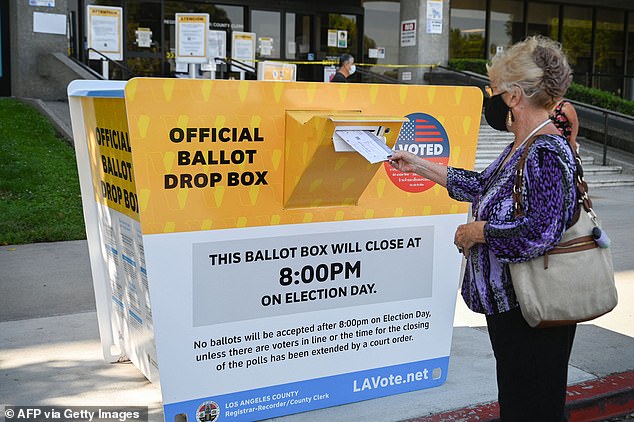 Vote-by-mail is popular in California, which has been issuing absentee ballots for decades

Fox News personality and ardent Trump supporter Tomi Lahren told her viewers that the California election could be a sham.

‘The only thing that will save Gavin Newsom is voter fraud,’ Lahren said.

‘So, as they say, stay woke, pay attention to the voter fraud going on in California, because it’s going to have big consequences not only for that state, but for upcoming elections.’

California has been sending absentee ballots for decades without any major issues.  For the past eight state elections, the majority of votes were cast by mail.