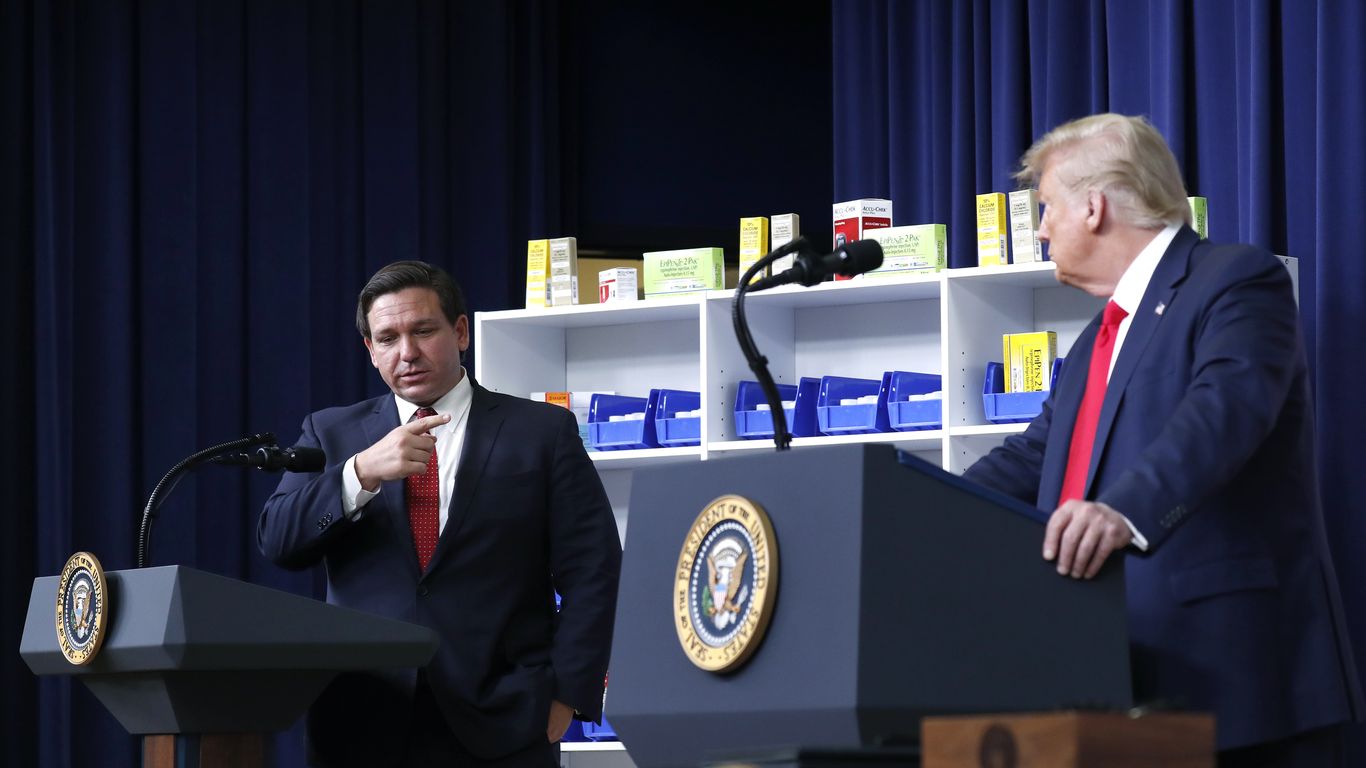 Former President Trump said during an interview this week that “we’ll handle that” if Florida Gov. Ron DeSantis (R) challenges him for the 2024 GOP presidential nomination.

Why it matters: Recent polling has showed that Trump, the only Republican to have announced a 2024 presidential bid so far, has faced a drop in base support. Meanwhile voters have said they’d favor DeSantis, who has not publicly announced his intentions for the 2024 election.

What they’re saying: “So, now I hear he might want to run against me. So, we’ll handle that the way I handle things,” Trump said Monday on the podcast.

The big picture: Following the underperformance of Trump-backed candidates and DeSantis’ overwhelming performance in the midterms, Trump unloaded on the Florida governor, calling him an “average” Republican who owed his political success to Trump’s endorsement in the 2018 governor’s race.