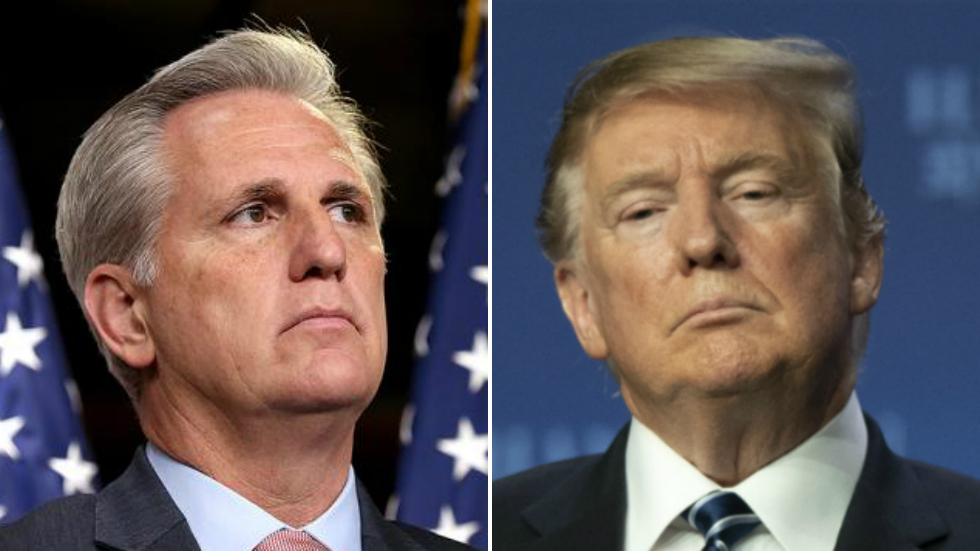 Former President Trump in a new interview said it was “not even a question” that House Minority Leader Kevin McCarthy (R-Calif.) should have put GOP lawmakers on the House select committee investigating the Jan. 6, 2021, riot at the Capitol.

McCarthy last year withdrew all of his Republican picks for the panel after Speaker Nancy Pelosi (D-Calif.) rejected two of his choices: Reps. Jim Jordan (R-Ohio) and Jim Banks (R-Ind.), who voted to reject election results from certain states on the day of the riot.

“They were great and would’ve been great to have them,” Trump said of Jordan and Banks. “But when Pelosi wrongfully didn’t allow them, we should’ve picked other people. We have a lot of good people in the Republican Party.”

The Jan. 6 committee does have two Republican members: Reps. Liz Cheney (Wyo.) and Adam Kinzinger (Ill.). But both are fervent Trump critics, and the former president complained to Punchbowl that the GOP hasn’t had much to say about the hearings.

The committee has thus far held three public hearings, with a fourth scheduled for Thursday. The hearings have featured testimony from former Trump White House and campaign officials, as well as state officials, who all spoke about how the former president’s claims of widespread election fraud in 2020 were baseless and testified that they told Trump as much.

The former president has increased his attacks on the committee and its hearings in recent days, a sign the hearings have caught his attention as his role in the lead up to the insurrection at the Capitol comes back into the spotlight.

Trump’s frustration with McCarthy also comes as the California Republican is lining up a bid for the Speaker’s gavel should the GOP win back the majority in November’s midterm elections. Trump did not weigh in on whether he would endorse McCarthy for that role in the Punchbowl interview, but the former president’s backing would likely go a long way in shoring up support for McCarthy.