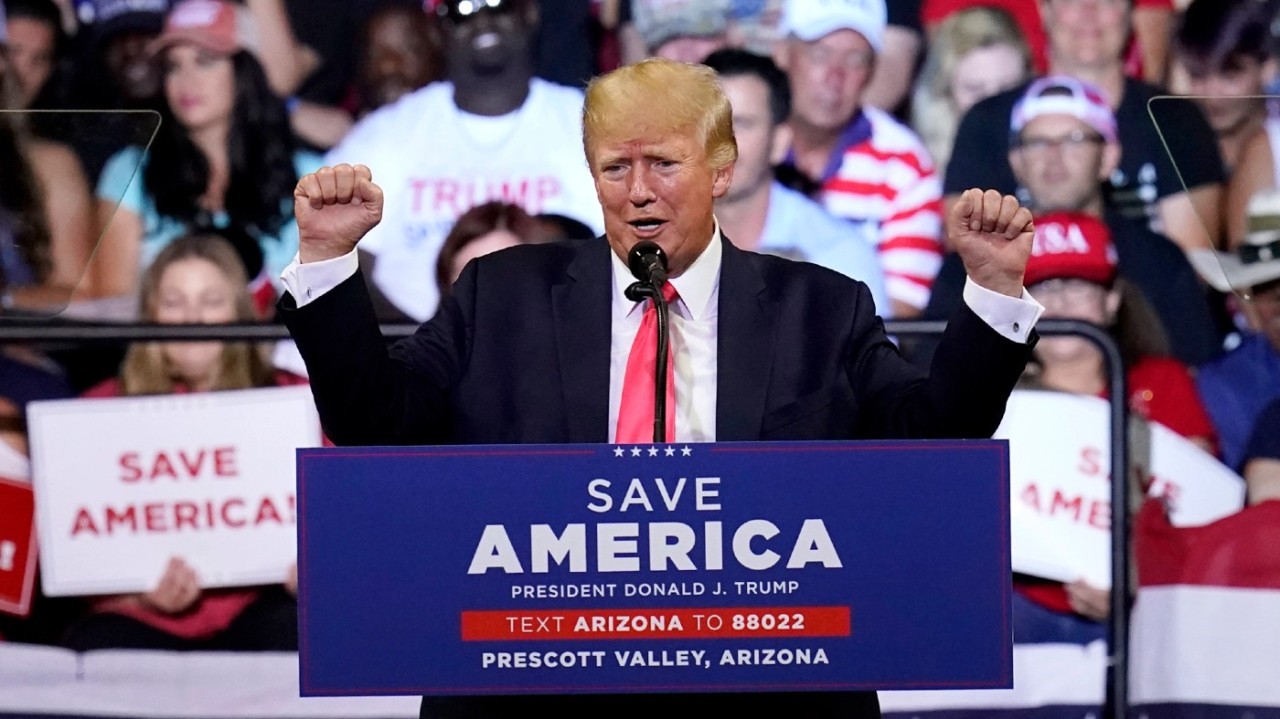 Former President Trump’s lead in a hypothetical 2024 Republican presidential primary match-up dropped 5 points compared to a month ago, according to a new poll.

The Morning Consult-Politico survey released Wednesday found that 52 percent of Republican primary voters would support Trump, who is followed by Florida Gov. Ron DeSantis with 19 percent. Former Vice President Mike Pence came in third with 8 percent, while all other candidates received support from 3 percent of primary voters or less.

Trump’s support among GOP voters is 5 points lower than the 57 percent support he received last month. That polling came shortly after the FBI conducted a search of Trump’s Mar-a-Lago property for classified and sensitive documents.

The new poll also found Trump is viewed favorably by 45 percent of registered voters overall and unfavorably by 52 percent.

DeSantis, who placed second in the poll among Republican primary voters and has consistently done so in hypothetical polling for the 2024 election, is viewed favorably by 34 percent of all respondents and unfavorably by 37 percent.

Politico noted in its reporting of the new survey that the FBI’s search of Mar-a-Lago could be creating sympathy for Trump among Republicans.

Additional details about the documents Trump kept at Mar-a-Lago have come out in the past few weeks, including that one contained information on a foreign nation’s nuclear capabilities, but Trump has maintained his dominance among Republican voters.

Neither Trump nor DeSantis have confirmed they plan to run for president in 2024, but Trump has repeatedly hinted at making a third run and signaled the remaining decision is when to announce.

The Morning Consult-Politico poll was conducted among 2,005 registered voters from Sept. 16 to 18. The margin of error was 2 points.