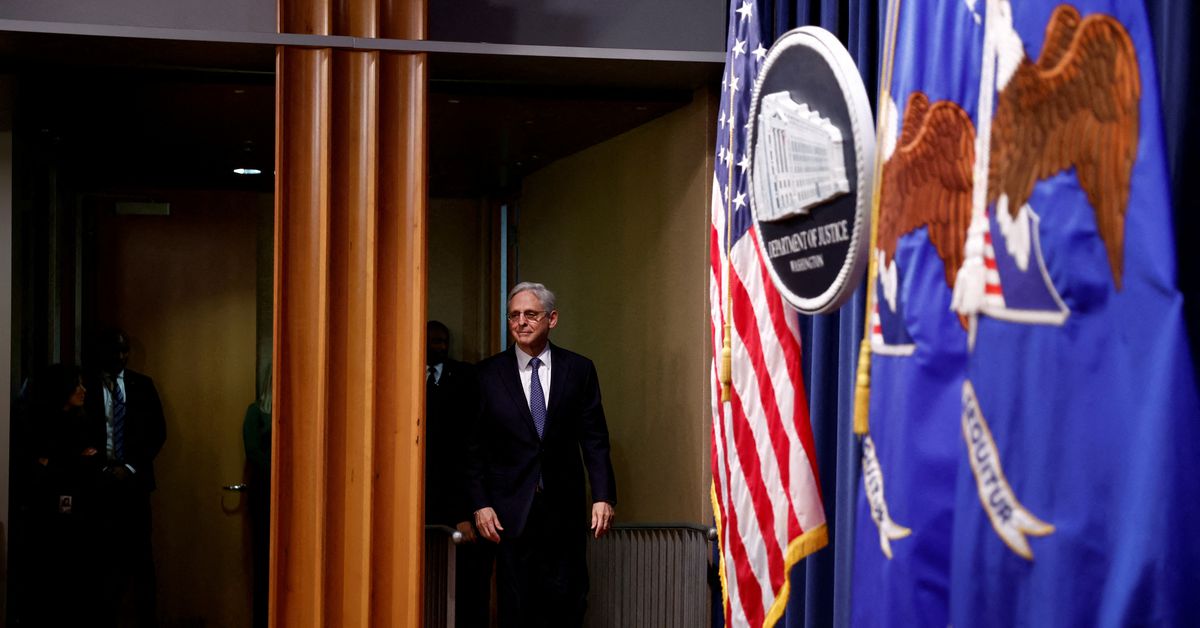 Garland’s announcement came three days after Trump, a Republican, announced he would run for president again in 2024. Garland said Trump’s candidacy, as well as Democratic President Biden’s stated intention to run for re-election, made the appointment of a special counsel necessary.

Special counsels are sometimes appointed to investigate politically sensitive cases and they do their jobs with a degree of independence from the Justice Department leadership.

“The pace of the investigations will not pause or flag under my watch,” Smith said in a statement. “I will exercise independent judgment and will move the investigations forward expeditiously and thoroughly to whatever outcome the facts and the law dictate.”

Smith will oversee the investigation into Trump’s handling of government documents after leaving the White House last year and the probe into attempts to interfere with the peaceful transfer of power following the 2020 election, Garland said.

“Appointing a special counsel at this time is the right thing to do,” Garland, who was appointed by Biden, told a news conference.

“This horrendous abuse of power is the latest in a long series of witch hunts that started a long time ago,” he told a crowd of supporters at a black tie event at his Mar-a-Lago estate in Florida.

Biden did not respond to shouted questions from reporters about the special counsel during his only public appearance of the day. The White House was not involved in the decision to appoint Smith, an official said, speaking on condition of anonymity.

Smith, a political independent, until recently served as the chief prosecutor for the special court in The Hague, tasked with prosecuting war crimes in Kosovo. He previously oversaw the Justice Department’s public integrity section and worked as a federal and state prosecutor in New York.

[1/3] U.S. Attorney General Merrick Garland walks out to announce his appointment of Jack Smith as a special counsel for the investigations into the actions of former President Donald Trump, in the briefing room of the Justice Department in Washington, U.S., November 18, 2022. REUTERS/Evelyn Hockstein

This marks the second time in five years that the Justice Department has appointed a special counsel to probe Trump’s conduct. Former FBI director Robert Mueller, named as a special counsel in 2017, documented contacts between Trump’s 2016 presidential campaign and Russia, but found insufficient evidence to bring a charge of criminal conspiracy.

FBI agents seized thousands of government records, some marked as highly classified, from Trump’s Mar-a-Lago home during a court-approved Aug. 8 search. Investigators also are examining Trump for possible obstruction of the probe. Trump filed a civil lawsuit in an effort to delay the documents investigation and keep some records away from investigators.

The other investigation is a sprawling probe into a failed plot by Trump’s allies to overturn the 2020 presidential election by submitting batches of phony slates of electors to the U.S. National Archives and trying to block Congress from certifying Biden’s election victory.

A grand jury is hearing evidence in that case, with prosecutors issuing subpoenas for testimony to top former White House attorneys and close advisers to Vice President Mike Pence.

While Garland ultimately has authority over the special counsel, the appointment of Smith may allow Garland to create some political distance that could bolster public confidence in the integrity of the two investigations. Career prosecutors are expected to continue working on the investigations alongside Smith.

Smith recently underwent surgery after injuring a knee in a biking accident. He did not attend the news conference.

The raft of criminal and civil state and federal investigations against Trump also includes a civil lawsuit by New York state’s attorney general accusing him and three of his adult children of fraud involving the family real estate business.

Smith is the Justice Department’s third special counsel to be appointed since 2017 to handle a politically sensitive case. Mueller did not explicitly reach a conclusion on whether Trump obstructed justice, prompting then-Attorney General William Barr to make his own determination that there was not a basis for such a charge.

In 2019, Barr appointed John Durham as special counsel to investigate the origins of the FBI’s probe into Trump’s 2016 campaign. Of the three criminal prosecutions Durham brought, two resulted in acquittals this year.