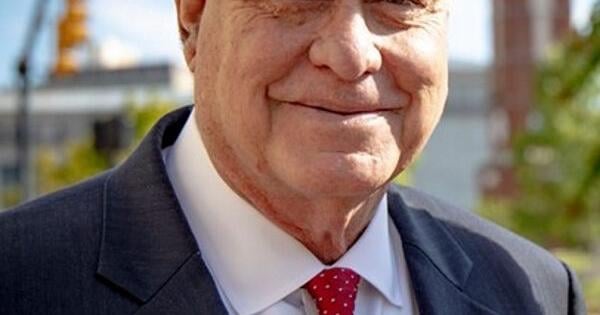 This year’s midterm congressional elections will be the political story of the year in American politics. The U.S. House of Representatives will be in play big time. Whichever party has the majority has all the power.

Currently the Democrats have a very small majority. Polling and history reveal that Republicans are poised to pick up a large number of seats and gain back a majority in the House and will more than likely gain a slim majority in the U.S. Senate where there is currently an even 50 to 50 split, with Democratic Vice President Kamala Harris having the tie breaking vote that gives the teetering majority to the Democrats.

History has portended without deviation to a clear historical political fact that the party that wins the White House and concurrently House seats loses those seats in the next midterm elections. It is usually a significant pickup, especially when there is a Democratic president.

Early polling indicates this will happen this year. President Joe Biden’s approval ratings are abysmal, which will spill over into the swing House districts throughout the country. The first revealing salvo occurred in November in the Democratic State of Virginia when voters elected a Republican Governor, Lt. Governor, Attorney General and the majority of Virginia House delegates. A Republican takeover of the U.S. House will affect Alabama favorably because our House delegation is made up of six Republicans and one lone Democrat.

The marquee event for this year, politically, in Alabama will be for the open seat of retiring Senior Senator Richard Shelby. The race has been ongoing for almost a year and will be decided in a few short months from now. The election is May 24. The runoff will be June 21. The winner of that runoff will be our next U.S. Senator.

The favorites to capture the seat are either Katie Britt or Mo Brooks. Recent reliable polling reveals a close dead even contest between Brooks and Britt.

Mo Brooks is the current congressman from the 5th Congressional District, which encompasses Huntsville and the Tennessee Valley. There is probably not a congressional district in the entire country that has benefited more from federal spending than the Huntsville Redstone Arsenal. Brooks has not been helpful in this attraction of federal dollars to his district. The heavy lifting towards Huntsville’s growth has fallen onto the shoulders of Senator Richard Shelby. Brooks has been an obstacle to Huntsville’s federally funded prosperity. Brooks is seen in Washington as a right-wing gadfly nut that is more interested in finding a Fox News camera than helping his District or State. His claim to fame is that he is currently the endorsed candidate of former President Donald Trump.

Katie Boyd Britt is the mainstream, rational, conservative candidate. She is the choice of the pro-business, pro-growth Republican establishment in the state. She is the former CEO of the Business Council in the state. She has received the endorsement of most business groups as well as the coveted Alabama Farmers Federation. The business community sees her as a stable, reliable, and youthful successor to Shelby.

Katie Britt and Mo Brooks will both be well funded. Britt has outdistanced Brooks in fundraising. However, Brooks will be bolstered by the right-wing Washington conglomerate Club for Growth and may be able to match Britt dollar for dollar. It will be an expensive race.

The wildcard in the contest is the entry of one Mike Durant. He announced his entry about two months ago and immediately began a bombardment of excellent television and radio ads. Durant is a decorated war hero and POW, who came to Huntsville from New Hampshire and built his own successful business from scratch. He has a real story that if told well, will sell. In fact, it already has begun to sell. The hidden fact in the recent polling, which shows Britt and Brooks knotted at about 30 percent each, reveals that Durant is polling at 15 percent after only one month in the race. Durant is the wildcard in this race.

Katie Britt’s polling numbers are good. They show her trending upward. She is also the only candidate with a grassroots organization. She has campaigned in every county in the state, while Brooks’ handlers have worked to keep him off the campaign trail in fear that he will go off script and implode which he has tendency to do.

It would not surprise me that if Durant can sustain his ads for four months, which will be a heavy lift of his personal assets, that when the votes are counted on May 24, you may have a Katie Britt vs. Mike Durant runoff on June 21. It will be fun race to watch.

See you next week.