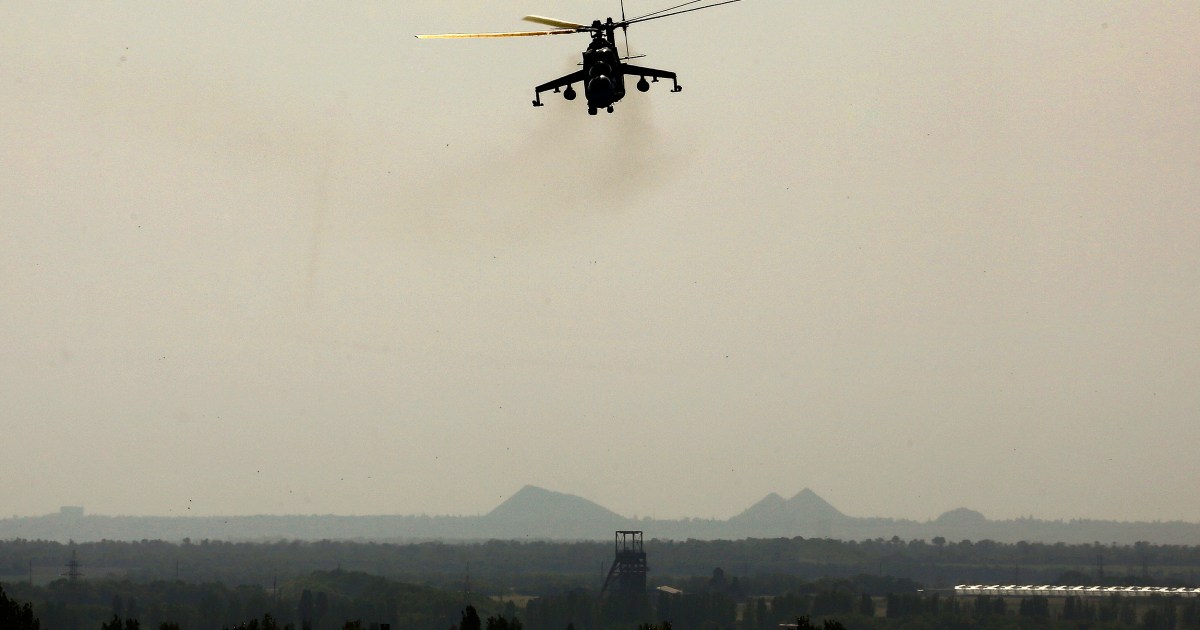 If confirmed, it would mark the first time a Russian has been killed inside the country by Ukraine shelling since Moscow’s invasion in February.

One person was killed and seven were wounded in a Russian village bordering Ukraine in what may be the first death of a Russian civilian inside the country since Moscow launched the war.

Governor Vyacheslav Gladkov of Russia’s Belgorod province said on Thursday the attack by Ukraine forces occurred in the village of Solokhi.

The village came under shelling from the Ukrainian side late Wednesday, and residents were later evacuated “to a safe place”, Gladkov said. With a population of 638, Solokhi lies 20km (12 miles) north of the Ukrainian region of Kharkiv.

“Seven wounded, another victim was brought late at night. Everyone is provided with qualified medical care, medicines are available in full. One person died. We will provide material assistance to all the victims and the family of the deceased,” Gladkov said on his Telegram channel.

Al Jazeera could not independently verify Gladkov’s account. If confirmed, it would mark the first death in Russia under Ukraine fire since the start of the war.

‘Most severe to date’

Russian authorities in areas bordering Ukraine have accused Kyiv of a series of attacks, including a helicopter raid on a fuel depot. Ukraine, which has been fighting off the Russian invasion since February 24, has not claimed responsibility for the attacks.

Gladkov described the shelling as “the most severe to date”, adding an apartment building had been destroyed, according to Russia’s state-run news agency TASS.

A series of explosions was heard on April 27 in three Russian provinces bordering Ukraine, authorities said, and an ammunition depot in Belgorod province caught fire about the same time.

“If you [Russians] decide to massively attack another country, massively kill everyone there, massively crush peaceful people with tanks, and use warehouses in your regions to enable the killings, then sooner or later the debts will have to be repaid,” Podolyak said at the time.

Belgorod province borders Ukraine’s Luhansk, Sumy and Kharkiv regions, all of which have seen heavy fighting since Russia invaded Ukraine.

On April 1, a Russian official alleged two Ukrainian military helicopters flew across the border and bombed a fuel depot in the eastern city of Belgorod. It was the first known air raid by Ukraine’s forces on Russian soil since Moscow invaded its neighbour.

Video images of the purported attack posted online showed what looked like several missiles being fired from low altitude, followed by an explosion that sparked a huge fire.

At the time, Ukraine’s top security official Oleksiy Danilov denied Kyiv had carried out that attack.

The incidents have exposed Russian vulnerabilities in areas close to Ukraine that are vital to its military logistics chains.

Russia sent tens of thousands of troops into Ukraine on February 24 in a “special military operation” to degrade its military capabilities and root out what it calls dangerous nationalists. Thousands of Ukrainians have been killed and millions displaced.

Ukrainian forces have mounted stiff resistance and the West has imposed sweeping sanctions on Russia in an effort to force it to withdraw its troops.

Mansur Mirovalev contributed to this report from Kyiv.