Bile is the only settlement on Zmiinyi Ostrov, or Snake Island, a tiny islet that covers roughly 17 hectares (42 acres) on the Black Sea, about 35 kilometers (20 miles) from the Ukrainian coast. It is not clear where the name comes from as there are no snakes on Snake Island. Indeed, until 2007, there were officially no humans either. It is not clear how many people live there today, but the population was estimated at 30-50 in 2015. According to ancient legend, the Trojan War hero Achilles was buried on Snake Island, which hosted a shrine to the Greek soldier that was destroyed when a lighthouse was built in the 19th century.

In World War II, Axis forces led by Nazi Germany installed a radio station on Snake Island for Black Sea communications. And radio beacons have served important civilian and military purposes on the island since. 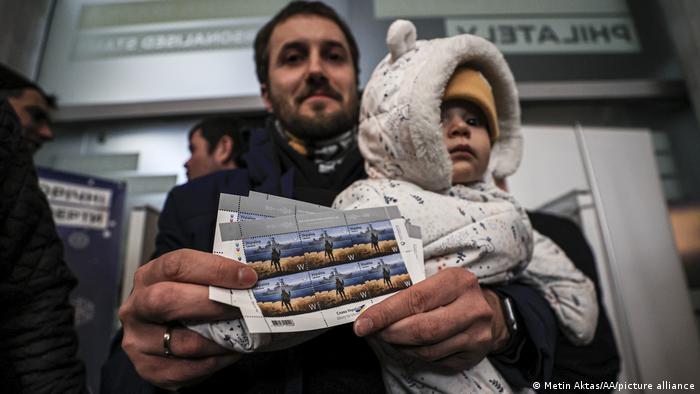 On February 24, Russian troops invaded Ukraine, attacking from the north and east, and capturing Snake Island, which is located 200 kilometers from Kremlin-annexed Crimea and over 500 kilometers from the Donbas region, where pro-Russia forces have staged a yearslong battle against government troops. Bile was almost completely destroyed. The 13 Ukrainian border guards there became prisoners of war. Audio recordings of a border guard telling a Russian warship where to go in coarse terms have gone viral and became an early symbol of Ukrainian resistance. The Ukrainian postal service even issued a stamp to commemorate the act.

The island is still under Russia’s control, but there has been fierce fighting. In the past week, Ukraine’s military has reported sinking a Russian landing boat near the island and severely damaging a naval supply vessel en route to the island with an anti-aircraft system on board.

Though Snake Island might appear unremarkable at first glance, it has been strategically important for both Russia and Ukraine since the start of this war. There are very few islands in the Black Sea, for one. Secondly, located 200 kilometers south of Odesa, the biggest port city in Ukraine, Snake Island offers the army that controls it the chance to also control maritime traffic in the vicinity. If Russia were able to occupy the island permanently, it could block the export of goods via the port of Odesa. It could thus continue to prevent the millions of tons of Ukrainian grain currently being exported around the world by land from being shipped by sea in the future, too.

Located close to the mouth of the Danube River, Snake Island was part of Romania until 1948. Then it came under Soviet administration as part of a protocol delimiting borders, which Romania always disputed. The dispute continued with Ukraine after the fall of the Soviet Union. Part of the quarrel involved the mineral resources that the island is thought to be rich in. Ukraine founded the settlement of Bile on the officially uninhabited island to support its territorial claims in 2007. The fact that it was one of the first targets of the Russian military in February, along with the Donbas and Kyiv, highlights the strategic importance of Snake Island. 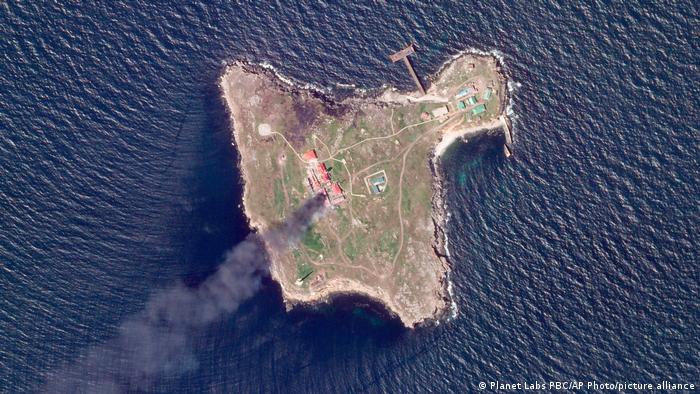 Snake Island was developed into a military base during the Soviet era and boasts a helipad and two piers where large warships with drafts of up to 8 meters (26.5 feet) can dock. It also reportedly has ammunition and fuel depots, radar systems and missile sites that date back to the Soviet era. These reports have not been independently verified because for decades the island was a restricted military area and not generally accessible.

According to British intelligence, the Kremlin is trying to bolster troops on Snake island. UK agents have warned that Russia’s military could dominate the area if it were able to consolidate its position with strategic air-defense and coastal-defense cruise missiles. The long-term plan could be to build a landing station for fighter jets. In the past 10 days, Ukraine’s army has launched a series of drone and missile attacks in an attempt to recapture the island. Satellite images taken by the US company Maxar Technologies suggest that at least one Russian military helicopter was shot down and one air-defense unit destroyed, in addition to the ships.

This article was originally written in German.