Ukrainian defense officials on Wednesday said they believe Russian President Vladimir Putin still intends to capture Kyiv in order to absorb the country as a new Russian state into its federation.

Deputy Chief of the Main Operations Department of Ukraine’s Armed Forces, Oleksiy Gromov, told reporters that Russia’s aim in concentrating its efforts in eastern and southern Ukraine is part of a bigger plan to take the entire nation.

Russia withdrew its efforts to take the capital city of Kyiv in late March after it failed to make any major advances following a months-worth of attempts to take the city from three different directions. 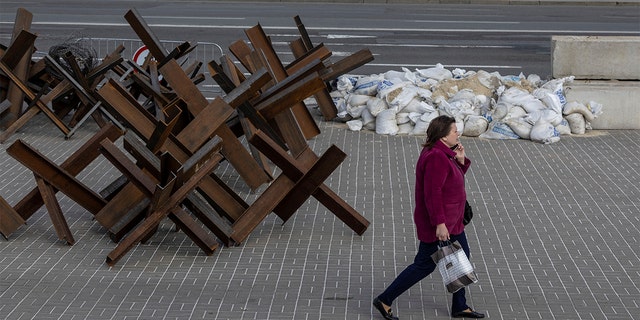 A woman walks by a metro station in downtown Kyiv, as Russia celebrates Victory Day, which marks the 77th anniversary of the victory over Nazi Germany in World War II, in Kyiv, Ukraine May 9, 2022.  (REUTERS/Carlos Barria)

The Kremlin then refocused its efforts in the Luhansk and Donetsk regions to the east and announced its aim to take over Ukraine’s regions along the Black Sea – a move that if successful would not only give Russia port city domination but a path to target neighboring Moldova.

“We consider his attempts to take control of the territory of Odesa, Mykolayiv and partly Zaporizhzhya oblasts, create a land corridor to the Transnistrian region of the Republic of Moldova, capture the territory of central Ukraine, capture Kyiv, stage re-elections,” Gromov said during a press briefing in reference to Putin’s objectives.

The deputy chief said Moscow will attempt to rely on pro-Russian forces in eastern Ukraine and eastern Moldova in the separatist region of Transnistria to help it create a new state and incorporate it into Russia – a move that would reunite former Soviet Union territory under Moscow’s rule.

Gromov’s warnings Wednesday were the starkest yet to be outlined by Ukrainian authorities, though officials have been warning against these suspicions for weeks. 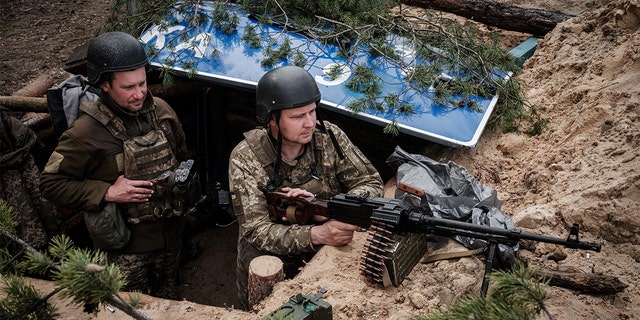 Head of the Kyiv City Military Administration Mykola Zhirnov said last month that authorities expect Russia will take a second stab at Kyiv and asked that all women, children and elderly persons do not yet return to their homes in the areas surrounding the capital, Ukrainian news outlet Pravda reported.

Similarly, Kyiv Mayor Vitaliy Klitschko warned in early April “The fact that the enemy has withdrawn from Kyiv doesn’t mean that they have relinquished their desire to capture the capital.”