This article was last updated at 06:08 UTC/GMT

“Under the current conditions, Russia is unlikely to dramatically accelerate its rate of advance over the next 30 days,” it added.

DW’s correspondent Mathias Bölinger said on Saturday that Russian forces had made “incremental gains” on the Donbas front amid heavy fighting, but he added that “these gains are not breakthroughs.”

Ukrainian forces seemed to be withstanding the pressure. They had prevented an attempted Russian river crossing in the Donbas region last Friday.

The eastern Ukrainian area, comprising the Luhansk and Donetsk regions, has been a key focus of the war.

“As of now, there is no information about the dead and injured. The extent of the destruction is being clarified,” he wrote on Telegram.

The Intefax news agency quoted another Ukrainian official as saying that there were six explosions heard.

Lviv has been spared most of the heavy fighting that has been reported across Ukraine, although the western city has been sporadically hit with Russian strikes.

Sweden’s ruling Social Democrats are expected to take a decision this Sunday on whether to apply for NATO membership.

The Social Democrats have long been against NATO membership, but Russia’s invasion of Ukraine has sparked a debate in Swedish society on possible membership of the alliance.

While Sweden and Finland’s possible accession has been welcomed by a number of NATO member states, Turkey has expressed concerns over the possible membership of the two countries. Ankara has accused Sweden and Finland of supporting the Kurdistan Workers’ Party (PKK) in Turkey and its associated YPG militia in Syria, both of which are banned in Turkey.

President Volodymyr Zelenskyy has signed into law a bill passed by Ukraine’s parliament in early May that bans parties that support Russia’s invasion of Ukraine.

The ban will affect parties that justify or deny Russia’s invasion of Ukraine.

In March, Ukraine suspended the activities of almost a dozen parties that had allegedly maintained connections with Moscow. 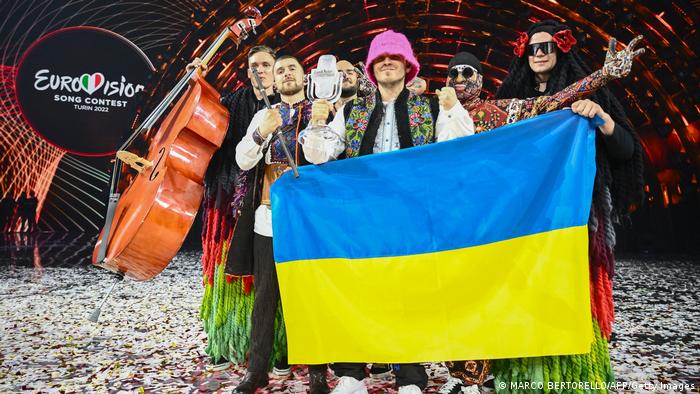 “Next year Ukraine will host Eurovision!” Zelenskyy said, adding that Ukraine would do all it could to ensure that Eurovision will one day be held in the southeastern Ukrainian city of Mariupol.

Mariupol has been one of the hardest hit by the war and has been under Russian siege since the start of the invasion. Hundreds of Ukrainian fighters are currently holed up at the Azovstal steelworks in Mariupol, while Russian forces control most of the rest of the city. 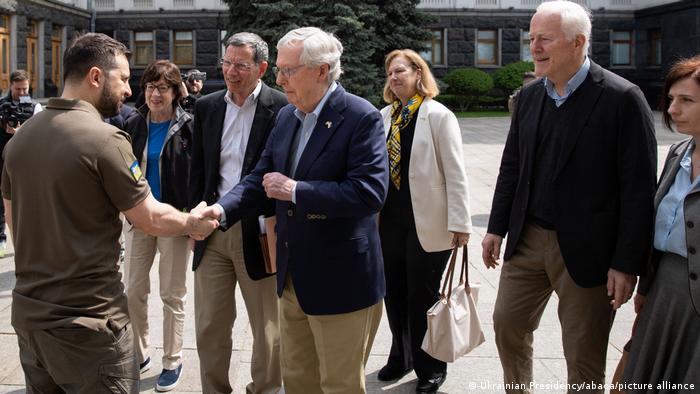 Ukrainian President Volodymyr Zelenskyy spoke with US lawmakers on Saturday

Summary of events in Ukraine-Russia crisis on Saturday

Ukrainian President Volodymyr Zelenskyy spoke with a delegation of US senators and urged them to recognize Russia as a “terrorist state.”

Foreign ministers of the Group of Seven (G7) leading economies called on Russia to end a blockade of Ukrainian grain exports, warning of a global food and energy crisis threatening developing countries.

Ukrainian Interior Ministry advisor Viktor Andrusiv said on Ukrainian television that Russia’s invasion is entering its “third phase” which shows that Moscow is planning for a “long war.” According to Andrusiv, Moscow is preparing a defense of territories in the east and south of the country that are under its control and is planning to use a drawn-out war to bring Western countries to the negotiating table and push Kyiv to give concessions.