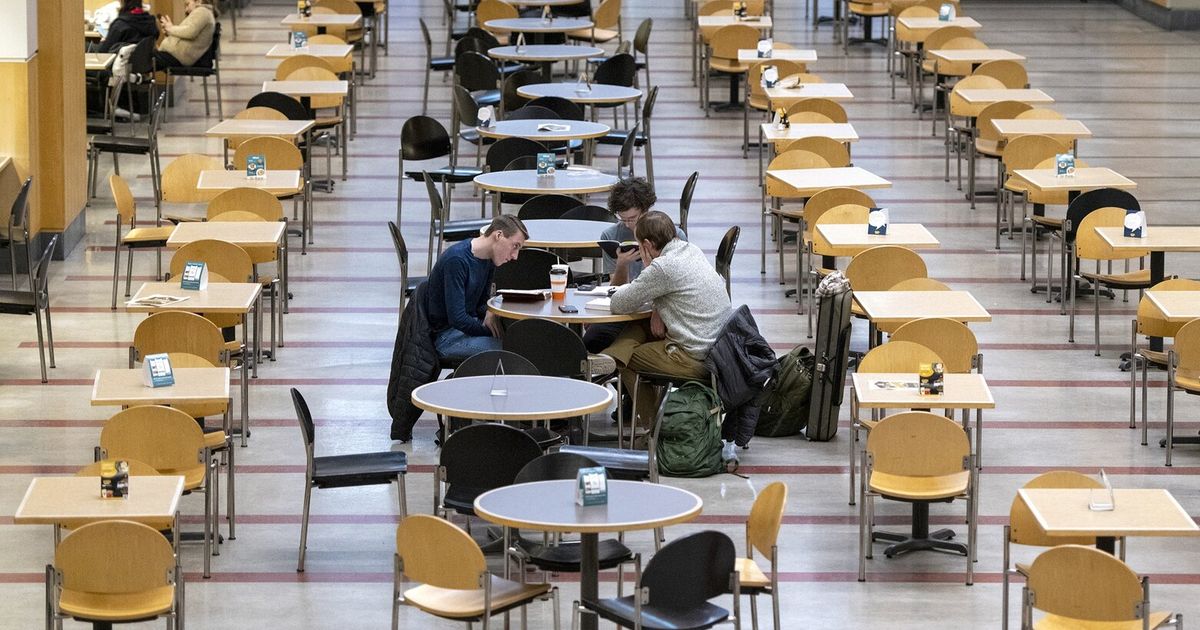 Students have been packing up and leaving Moscow as police fail to identify or apprehend a suspect — or suspects — in the killings of four University of Idaho students near campus.

And the ones who are staying say they are anxious about the dearth of information regarding the slayings and worried while they wonder what happened and who was responsible.

Days after authorities arrived at the crime scene, little was known about what transpired early Sunday, yet police have continued to emphasize there is no ongoing threat to the community, and did so again Tuesday night in a news release.

The lack of public information about the quadruple homicide on King Road has left students and the broader Moscow community feeling uneasy, according to law enforcement and residents. Many people are “getting out of Dodge,” according to Latah County Sheriff’s Deputy Scott Mikolajczyk, a 28-year veteran of the department.

While he watched over the home where the four students were killed, Mikolajczyk told the Idaho Statesman that he saw neighbors, many of them students, pack their things and leave town on Monday, nearly a week before the university’s Thanksgiving break begins.

U of I postponed a vigil scheduled for 5 p.m. Wednesday to the week of Nov. 28, after students return from the break. The university canceled classes Monday while police investigated the deaths, and some professors have taken it upon themselves to call things off for the week.

“I’ve been here a long time and stuff like this doesn’t happen often in Moscow,” Mikolajczyk said. “It has every once in a while, and I think this is probably one of the worst.”

The Moscow Police Department revealed Tuesday that all four students were killed with an “edged weapon” in a targeted attack but did not specify whether it was a knife or some other sharp instrument. Investigators said they had not found a weapon.

The four victims were U of I seniors Madison Mogen, 21, of Coeur d’Alene, and Kaylee Goncalves, 21, of Rathdrum; junior Xana Kernodle, 20, of Post Falls; and freshman Ethan Chapin, 20, of Conway, Skagit County.

The students’ deaths shook the North Idaho college town of about 26,000 people. On campus Tuesday, police cruisers drove through the streets and officers were seen patrolling the sidewalks.

Katelyn Hettinga, a senior from Kuna and the school’s former student body vice president, told the Statesman in an interview Tuesday that many of her professors chose to cancel classes for the rest of the week and postpone homework assignments, which she thinks was “the right move.”

“All of my professors for my five classes decided to cancel class Wednesday through Friday,” Hettinga said. “It allows us to focus on just getting through this.”

Hettinga said she plans to leave town a few days before Thanksgiving break and spend the week with her friend in Seattle. She said news of the students’ deaths was “shocking.”

“I know that violence can happen anywhere, but seeing it in Moscow, which has been such a safe place for several years, is just so shocking,” Hettinga said. “A lot of us are feeling a bit insecure in the safety we feel in and around campus.”

Zachary Turpin, an assistant professor in the English department, spoke out Tuesday on social media about calling off his classes.

“Until police release more info or confirm a suspect, I can’t in good conscience hold class,” Turpin wrote on Twitter.

Dylan Thompson, a U of I junior who grew up in Moscow, said he felt authorities were releasing conflicting information.

The New York Times reported Monday that a local official called the homicides a “crime of passion.” In a conversation later, Moscow Mayor Art Bettge told the Statesman that he suggested the descriptor as one potential scenario, according to previous reporting.

Thompson noted that police have not identified a suspect while assuring the public there is nothing to worry about. Meanwhile, there is a heavy police presence around the campus.

“You start hearing rumors,” he said.

Ethan Chapin’s mother, Stacey Chapin, told the Statesman on Tuesday that the victims were stabbed.

“They were stabbed. We got the call,” Chapin said. “I don’t want people to make assumptions about our kids. It wasn’t drugs and it was definitely not some passion thing between these kids. Someone entered the house.”

Natasha Rodgers, a Moscow resident who works at a local sporting goods store, said the sparse details from police and city officials have contributed to anxiety in the community — all while people are trying to grieve.

“A lot of people are not feeling safe because of the lack of information they’ve been giving to the public,” Rodgers said in an interview. “But we’re still going on. We’re grieving and we feel so incredibly sad for what’s happened to this little town. There’s an unnerving sense of not feeling safe.”

Fear and worry for U of I students

Alyssa Livingston, a junior at U of I, was working a shift at the campus library when the first alert was sent out at 1:04 p.m. Sunday. The alert told students to “stay away from the area and shelter in place.” About 90 minutes later, the university tweeted that the shelter in place order was lifted, but called for residents to “remain vigilant.”

In those 90 minutes, Livingston told the Statesman that she and her co-workers made a plan and locked down the building. She later clarified that her views were her own and not those of the university’s.

“We don’t have supervisors there on the weekends,” Livingston said. “It was just me and two other co-workers.”

Because the library doesn’t have a PA system, Livingston said she walked around each floor and told people about the lockdown. She told them they could stay, but if they left, they couldn’t come back in.

“None of us knew what was happening,” she said. “It’s still a personal fear because we don’t know any information, and I still have to come to class.”

Livingston said that even though she knows many people who have left, she plans to stay in town for the first few days of break to work, and then will head home for Thanksgiving Day.

“I have a lot of friends in sororities, and for a while we didn’t know who (the victims were),” Livingston said. “It was really scary to try and figure out who it was and if I knew them.”

The university offered counseling and mental health appointments to students and staff. Drop-in services were available to students at the student union building from 8 a.m. to 5 p.m. Students were also invited to come to the dean of students office for help, the school said.

Police were still asking anyone with information about the incident to contact them at 208-883-7054.