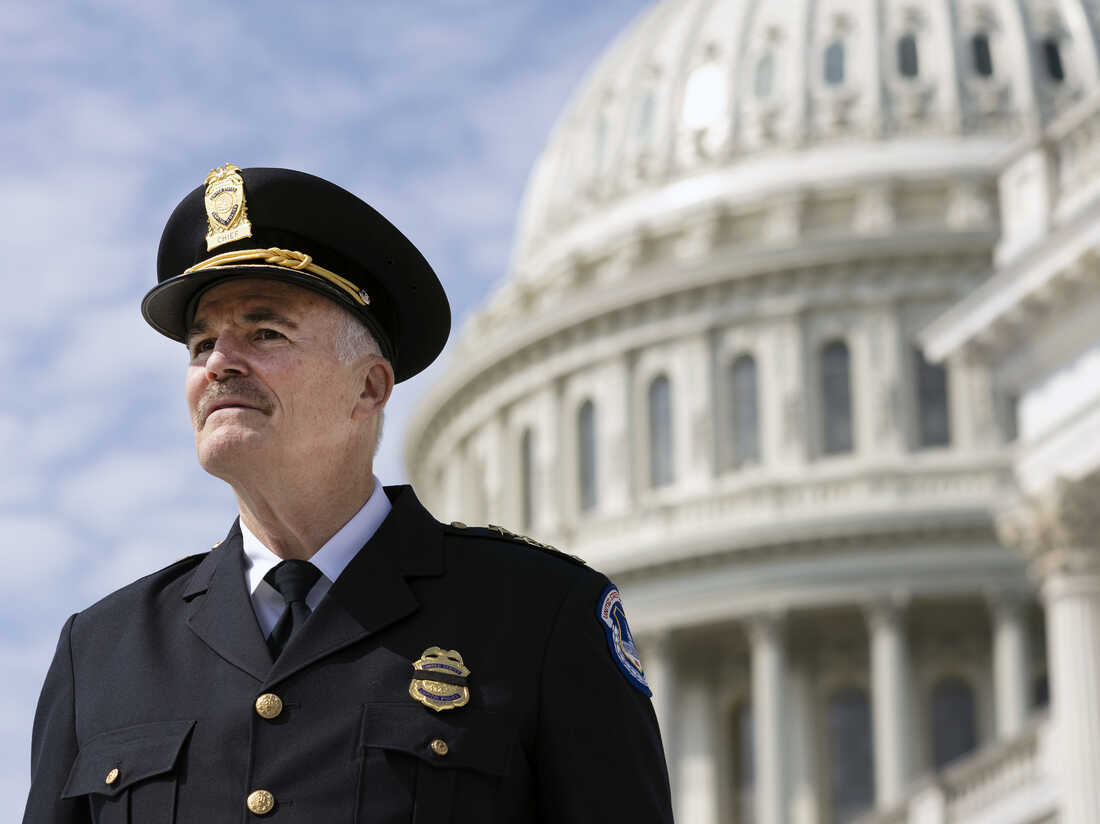 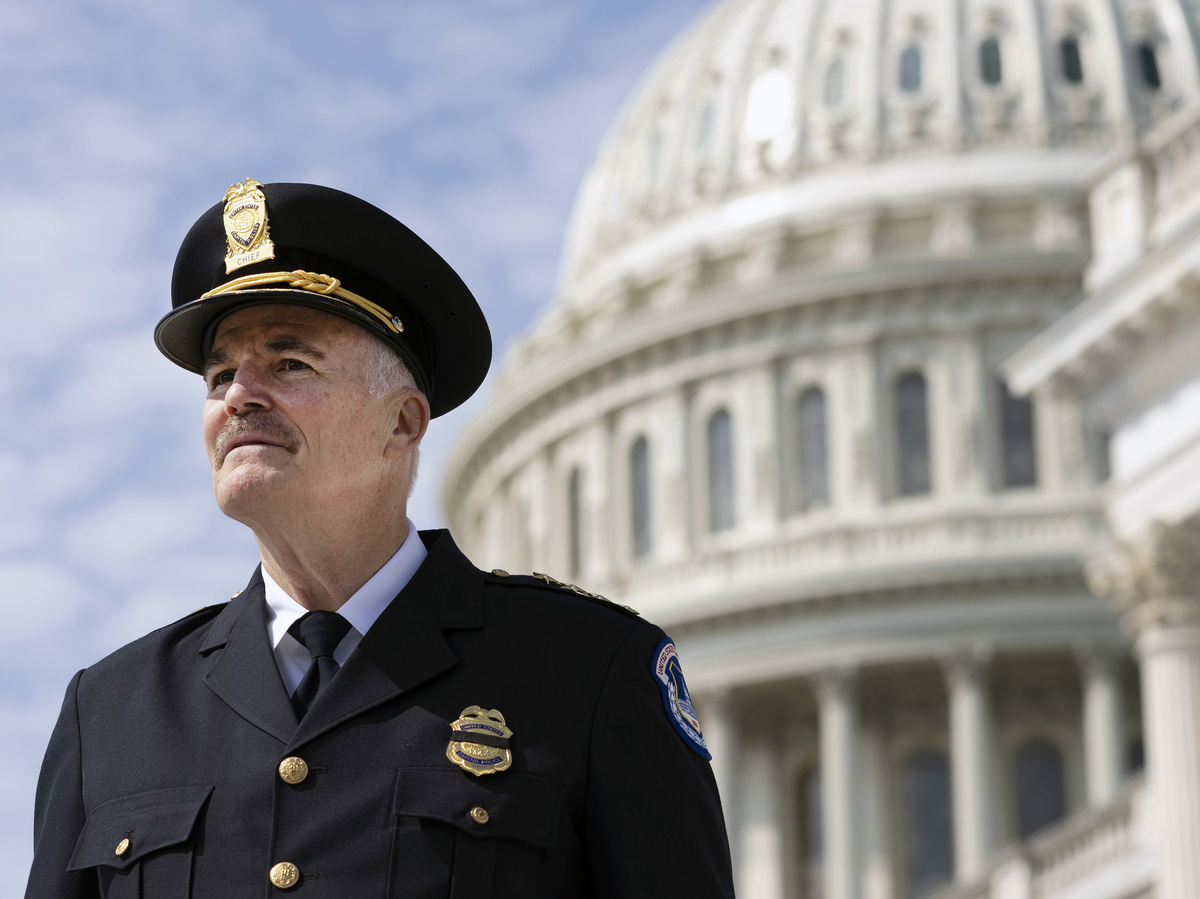 U.S. Capitol Police Chief Tom Manger was sworn in on July 23 after a nationwide search.

It was shortly before 8 a.m. on a busy December day.

The Capitol was gearing up for President Biden, Vice President Harris and lawmakers to take part in the Dec. 9 lying-in-state ceremony for the late Republican Kansas senator and presidential nominee Bob Dole. Both chambers of Congress would also meet in session that day.

And someone got past security with a gun.

A line of about five deep went through the magnetometer screening at the Longworth House Office Building. A first officer missed an image on the X-ray machine: a firearm in a bag.

When the line finished, Manger said a second officer at the checkpoint asked to review the film: “Can we go back? I thought I saw something.”

They caught an image of a gun.

That spurred a frantic hunt: a lockdown, a video review of the security line, a description of an individual of interest and a search. Manger said that 12 minutes later, police spotted the man seen earlier in the line trying to leave the Capitol with a bag. And inside it, they found a gun.

It was a new reminder for the U.S. Capitol Police that despite major improvements since Jan. 6, 2021, when a violent mob ransacked the Capitol, the force still faces a long road to address overall security concerns.

“The bottom line is it shouldn’t have happened,” Manger, who came on the job less than six months ago, said of the incident. “No one has to convince anybody — me or any of the officers here — how critical it is that we not make those kinds of mistakes.”

Manger will cover that message and more when he testifies before Congress for the first time later this week.

A gun getting past security was just one of many tests the Capitol Police have faced since their darkest day — Jan. 6. The riot led to the deaths of several law enforcement officers, left more than 80 injured, and resulted in dozens of resignations.

In all, more than 130 officers have quit since the attack, some in response to the riot or in the form of retirements or in search of better jobs, Manger said. And of the injured, the agency said just “a few” remain on medical leave. 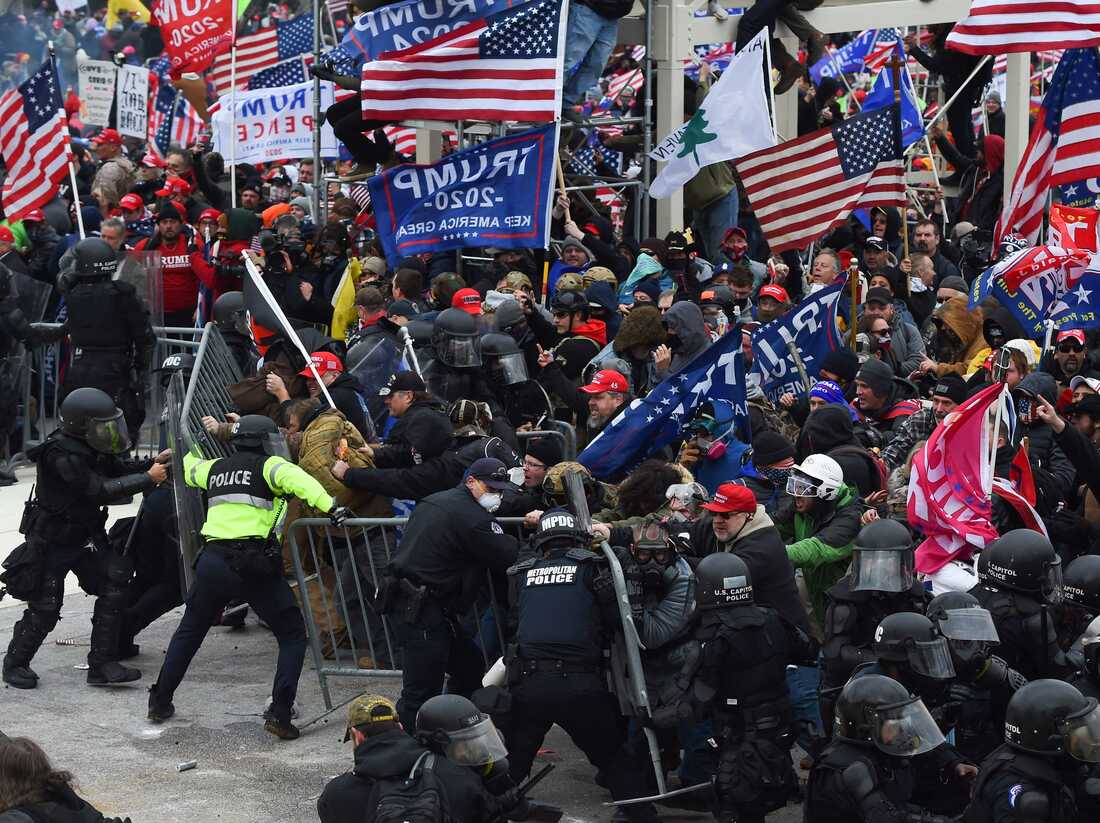 Trump supporters clash with police and security forces as they push barricades to storm the Capitol on Jan. 6, 2021. Roberto Schmidt/AFP via Getty Images hide caption 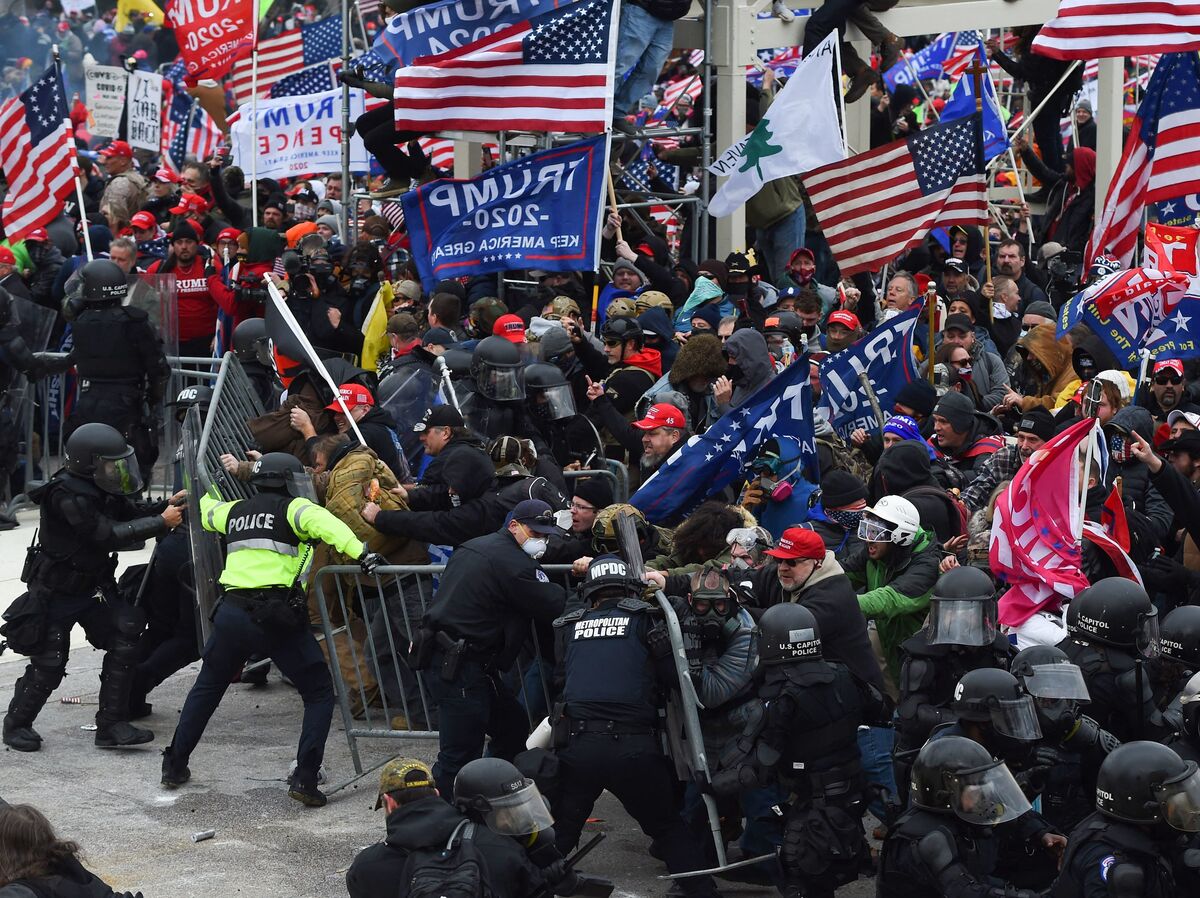 Trump supporters clash with police and security forces as they push barricades to storm the Capitol on Jan. 6, 2021.

“My biggest concern is getting our staffing up,” Manger said in an interview from the department’s modest headquarter building tucked near the Senate side of the Capitol campus.

Manger was the agency’s own key hire as his predecessor faced intense criticism in the wake of the Jan. 6 attack. Ex-Capitol Police Chief Steven Sund resigned the day after the attack. Weeks later, the acting police chief, Yogananda Pittman, faced a vote of no confidence from the union.

Manger, the retired Montgomery County, Md., police chief, took over the helm in late July after a nationwide search and as the department was on the verge of running out of money.

Capitol Police faced a dramatic budget shortfall after the attack. In July, Biden signed a supplemental security funding measure into law that directed more than $100 million to the agency.

Now, Manger is looking to hire 280 new officers in 2022 and eventually get to an overall police force total to more than 2,000.

“We only had about 1,800 or so police officers, and we figured we could make up the rest through overtime. That’s not going to work anymore with the demands that we have,” Manger explained.

Capitol Police saw more than 9,000 threats in 2021 against members, more than double the number of cases recorded just five years ago. The police logged fewer than 4,000 such reports in 2017.

The department has opened its first two field offices in California and Florida in the last two months, each staffed with two investigators and an attorney. While the plan was in place before the riot, it was ramped up in the face of growing security threats against lawmakers.

Capitol Police also hired 22-year Secret Service veteran Wesley Schwark to help coordinate major security events for the department. And they also beefed up intelligence operations with eight analysts to help gather, analyze and share intelligence within its ranks and with its law enforcement partners — a key failure for police on Jan. 6.

Manger said they’ve also addressed staffing, equipment and training shortages for their Civil Disturbance Unit, or riot-control division, which faced heated concerns after Jan. 6. That unit fought short-handed and without much of their needed equipment that day.

That, combined with similar units at partner law enforcement agencies, have put the force in a much better position today, he argued.

“Now … with a phone call, we can get hundreds, hundreds of those trained Civil Disturbance Units here at the Capitol,” Manger said.

The past year brought new levels of trauma for officers, who are still recovering from Jan. 6 battle scenes and the loss of several of their own, including 12-year veteran Brian Sicknick, who fought the rioters, and several officers from the Capitol and D.C. police who died by suicide.

And in April, Officer William “Billy” Evans, an 18-year veteran of the force, was also killed in an attack at a Capitol checkpoint near the Senate. 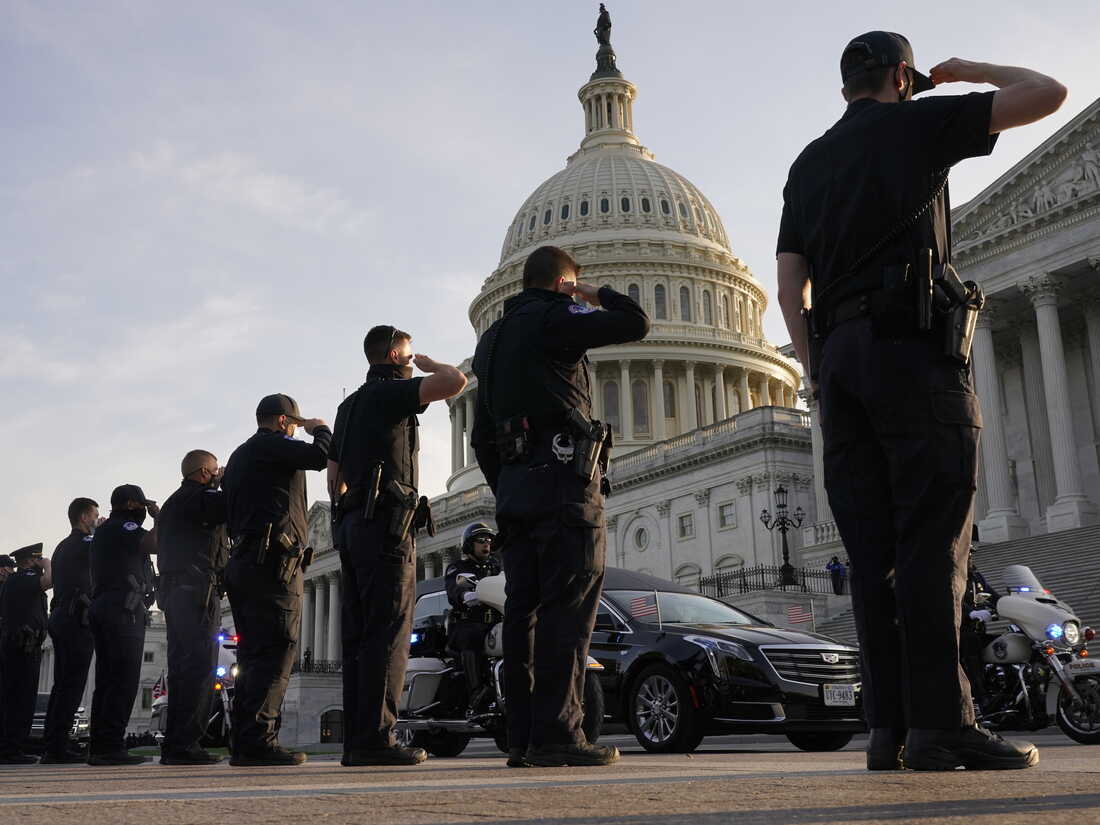 U.S. Capitol Police officers salute as the casket of slain officer William “Billy” Evans leaves the Capitol in a hearse after he was lying in honor on April 13. Jacquelyn Martin/AP hide caption 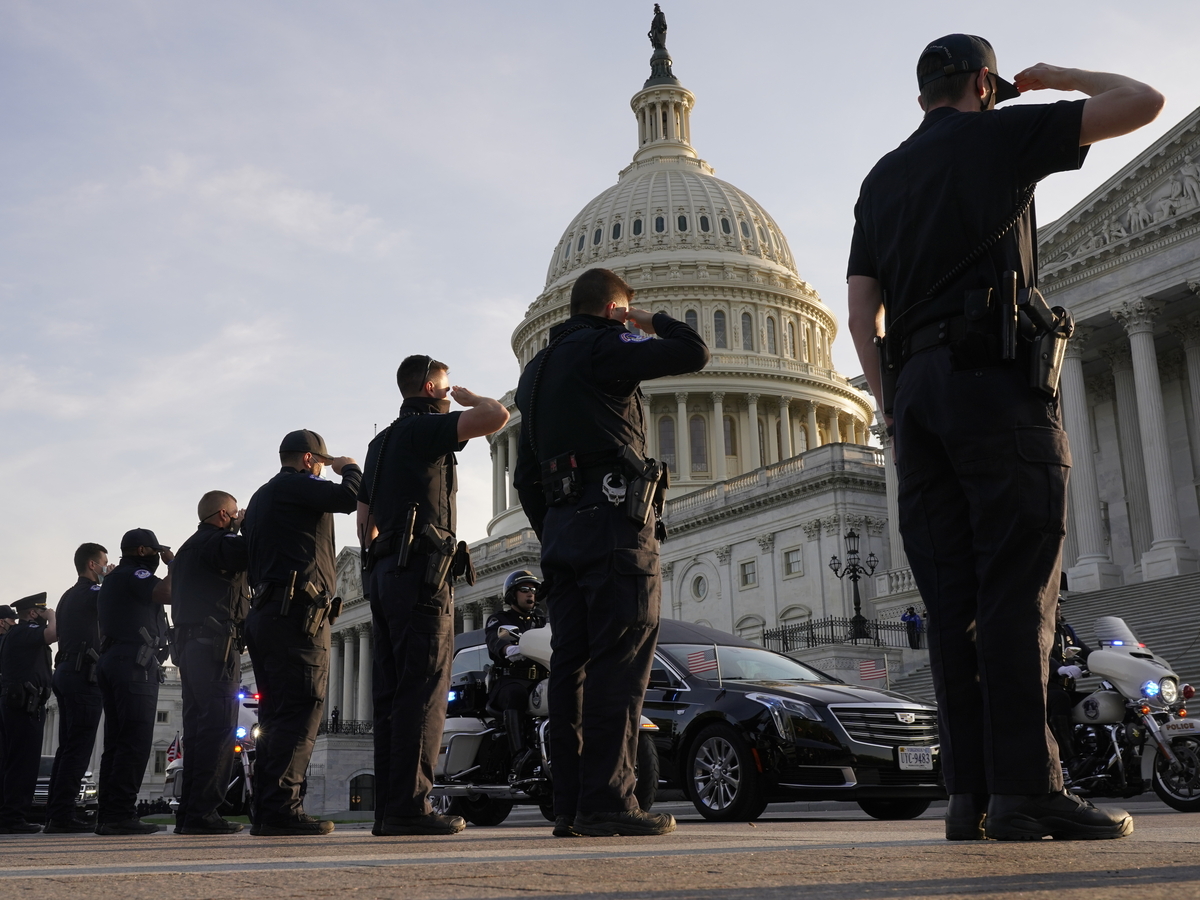 U.S. Capitol Police officers salute as the casket of slain officer William “Billy” Evans leaves the Capitol in a hearse after he was lying in honor on April 13.

The agency is ramping up new programs to help police deal with all the trauma. And they are now working with the Architect of the Capitol to install a new wellness center for officers near the Capitol complex. The plan was already in the works before Jan. 6 but was fast-tracked as a result.

The concerns go hand in hand with addressing issues of low morale for the agency, which has been plagued with distrust between rank-and-file and top leaders. Manger said one of his first steps in the job was to ensure more face time with officers, and improving communication and transparency.

As a result, Manger said he attends many of the force’s daily briefings and walks the campus frequently to talk to officers.

But, Manger conceded, some morale concerns may have to wait until staffing levels are ultimately addressed.

“Because of our staffing levels,” Manger said, “we’re going to have issues with morale.”

Even as the pandemic has kept the Capitol largely closed to the public, police have faced a series of tests this past year.

That includes a Sept. 18 “Justice for J6” rally, when far-right extremists said they would demonstrate for those charged in the January riot. The large-scale response, however, saw much fewer participants than expected.

Still, Manger said the rally was a good illustration of how far the agency has come preparing for another major emergency — should one arise.

“To have those kinds of things in place just gives me great confidence that moving forward, if all of a sudden we find out we’re going to have a big event, we’ve got everything we need to to be able to adequately address whatever happens,” Manger said.

Capitol Police came under intense scrutiny following Jan. 6, facing a firestorm of reports and recommendations from several congressional groups and the agency’s watchdog. Among the recurring themes: Capitol Police needed to pivot from a reactionary to a protective posture.

By early December, Capitol Police Inspector General Michael Bolton said they had issued 104 recommendations for the force, but only 30 had been addressed. Capitol Police said that’s since grown to 34, with written plans for another 60. 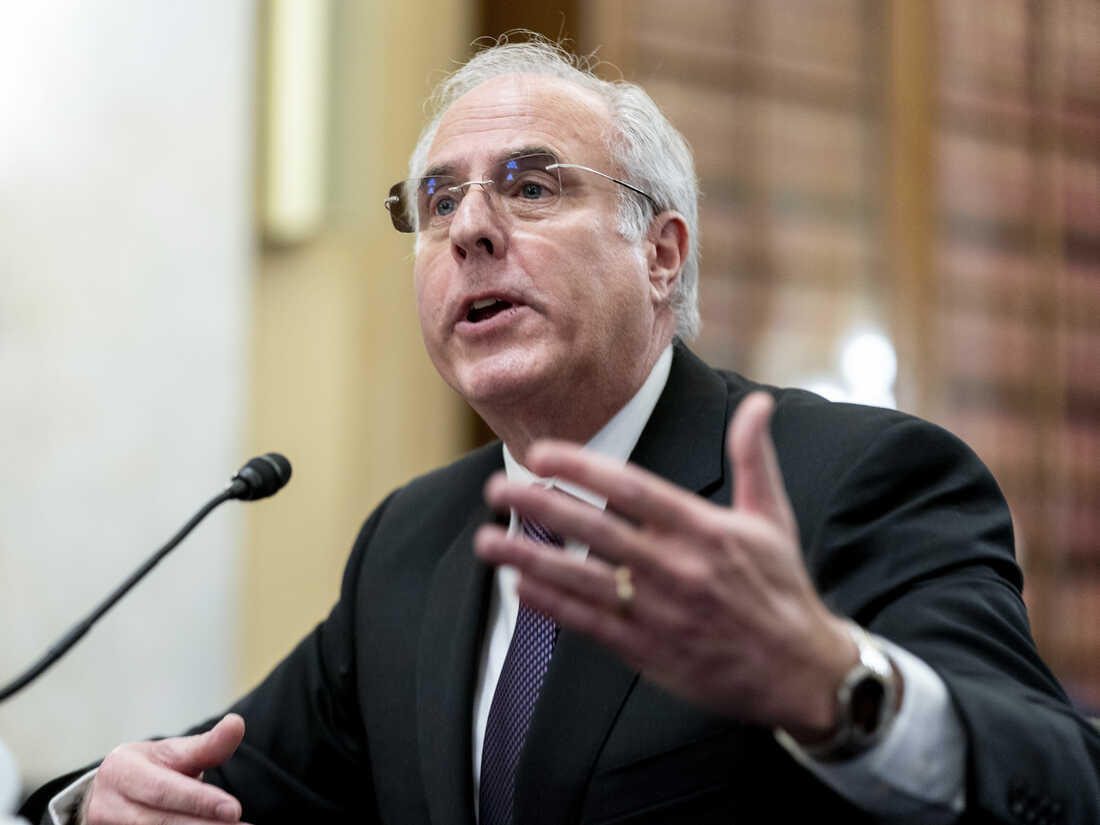 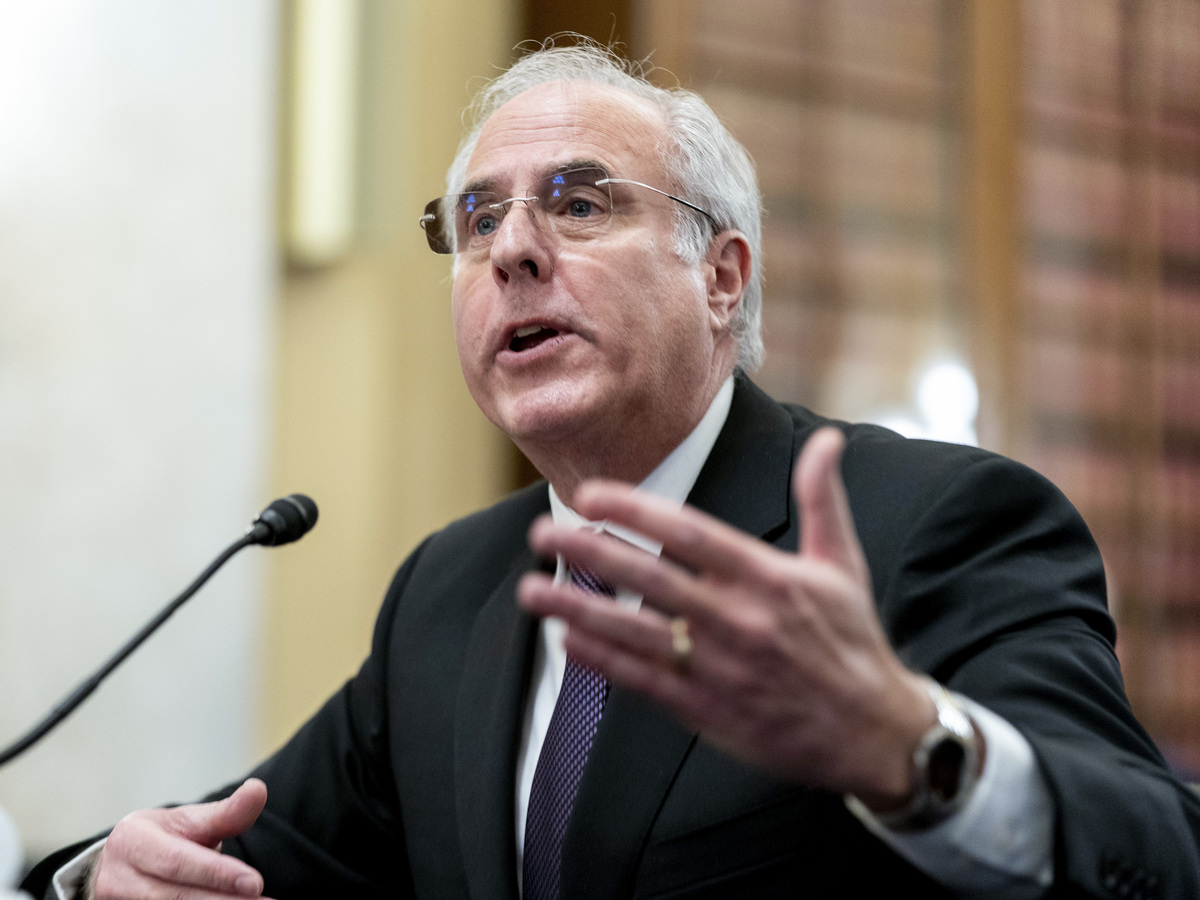 U.S. Capitol Police Inspector General Michael Bolton speaks at a Senate Rules and Administration Committee oversight hearing on the attack on the Capitol.

“Although the department has addressed some of our recommendations — and have made security improvements throughout the Capitol complex — much work still needs to be addressed in relation to training, intelligence, cultural change and operational planning,” Bolton told the Senate Rules Committee during a Dec. 7 hearing.

“We know there’s a lot more work to be done, and that is why we’re going to be calling the chief before the committee,” said Minnesota Sen. Amy Klobuchar, the Democrat who chairs the Senate Rules Committee.

On Wednesday, Manger will testify before the committee on the force’s progress to address security failures. He is expected to say the Capitol Police have bulked up their intelligence sharing and resources, ramped-up equipment deficiencies and boosted communications and transparency.

In December, Biden also signed Klobuchar’s bipartisan bill into law that allows the chief to ask the National Guard for backup during emergencies. It addressed a key roadblock exposed during the riot: Previously, the police chief had to request Capitol Police board approval for the move in the past. That led to an hours-long delay on Jan. 6.

Despite the trauma and the criticism the department has faced this past year, Manger remains optimistic.

“We’re so much better prepared than we were a year ago,” Manger said.