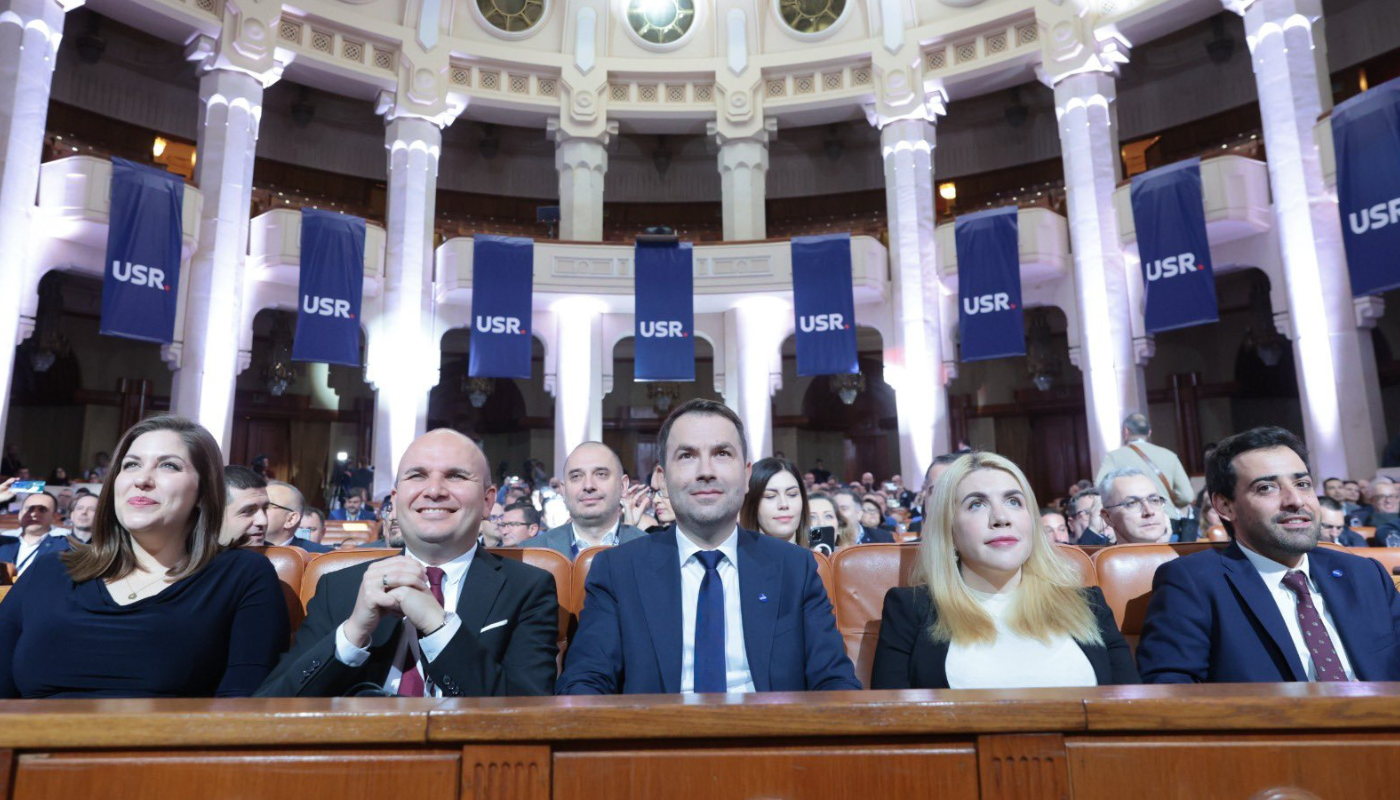 Cătălin Drulă, leader of the USR party in Romania, outlined his vision for the party at a meeting of the party’s Political Council held in Bucharest on Saturday 19 November ahead of 2024 – a year in which Romanians will vote in elections to all levels of government: local, European, national, and presidential.

In his speech to the Council, he said Romania needs to believe again and needs an alternative, stating that USR is that alternative force. He outlined the three things that USR will do in order for Romania to become the country delegates want: stop the waste of public money; invest in the country’s true priorities, such as Education, Health, highways, green energy and a healthy environment; and promote honest, professional and hard-working people in the administration.

“USR is the only liberal, modern, centre-right political party in Romania. We are the most pro-European party and proud members of the ALDE family,” he said during his speech to the Council.

“There are three things we need to change to ensure a future of hope and prosperity for Romania: we need to rethink public spending and stop the current system of waste. We need to invest in education, in healthcare, in infrastructure and green energy to ensure a better, healthier future. We need to change public administration and convince competent, hard-working, honest people join us in government.”

“Our mission is to prove that this can be done. There is hope for a better future. This is what the new USR stands for,” he said.

Members of the ALDE Party Bureau were present to offer their support to the party. ALDE Party Co-President Ilhan Kyuchyuk MEP said: “It is an honour for me to be here because you are Romania’s only true liberal party.

Born out of local politics, you have made it your mission to provide the Romanian people with an alternative. More than two thirds of Romanians believe USR is the only party capable of reforming Romania. I may not be Romanian, but I am in that number.”

“2024 will be a decisive year in Romanian politics. A year where citizens will define how your country will look like for the decade that follows. As people say here: ‘the day we give in is the day we die’, which is why, more than ever, we need a spirit of unity and cooperation. I know you’re the only party in Romania that can accomplish this,” he added.

Vice President Svenja Hahn MEP said the USR party was an inspiration: “You have achieved what no other force in Romania managed to do before. Build a strong and stable liberal party in Romania. You built a party up from the ground. Listening in the villages and the big cities. Changing the lives of many with your councillors, your mayors. Working for Romania here and in Europe with your members of Parliament.”

“That is only possible because you have so many people united, sharing the same beliefs. A party is only as strong as its members. Because it is its people that make a party. Because it needs a strong team to face the political ups and downs,” she concluded.

Vice President Kira Rudik MP thanked Romania for their support to Ukraine, saying: “Russia’s invasion of Ukraine has shown that tyranny cannot be defeated alone. The key to the victory is unity of democratic forces. That is why it is crucial for liberal parties to support each other.”

“I am grateful to the Romanian Parliament for its support of Ukraine and Ukrainians. Currently, Bucharest, together with the NATO Euro-Atlantic Centre, is training our paramedics, providing financial support and accepting forcibly displaced people. We will always remember this unity. Unity for the sake of victory,” she said.

You can rewatch the USR Political Council below:

You can read the Political Programme of USR presented by Mr Drulă here (pdf, in Romanian).