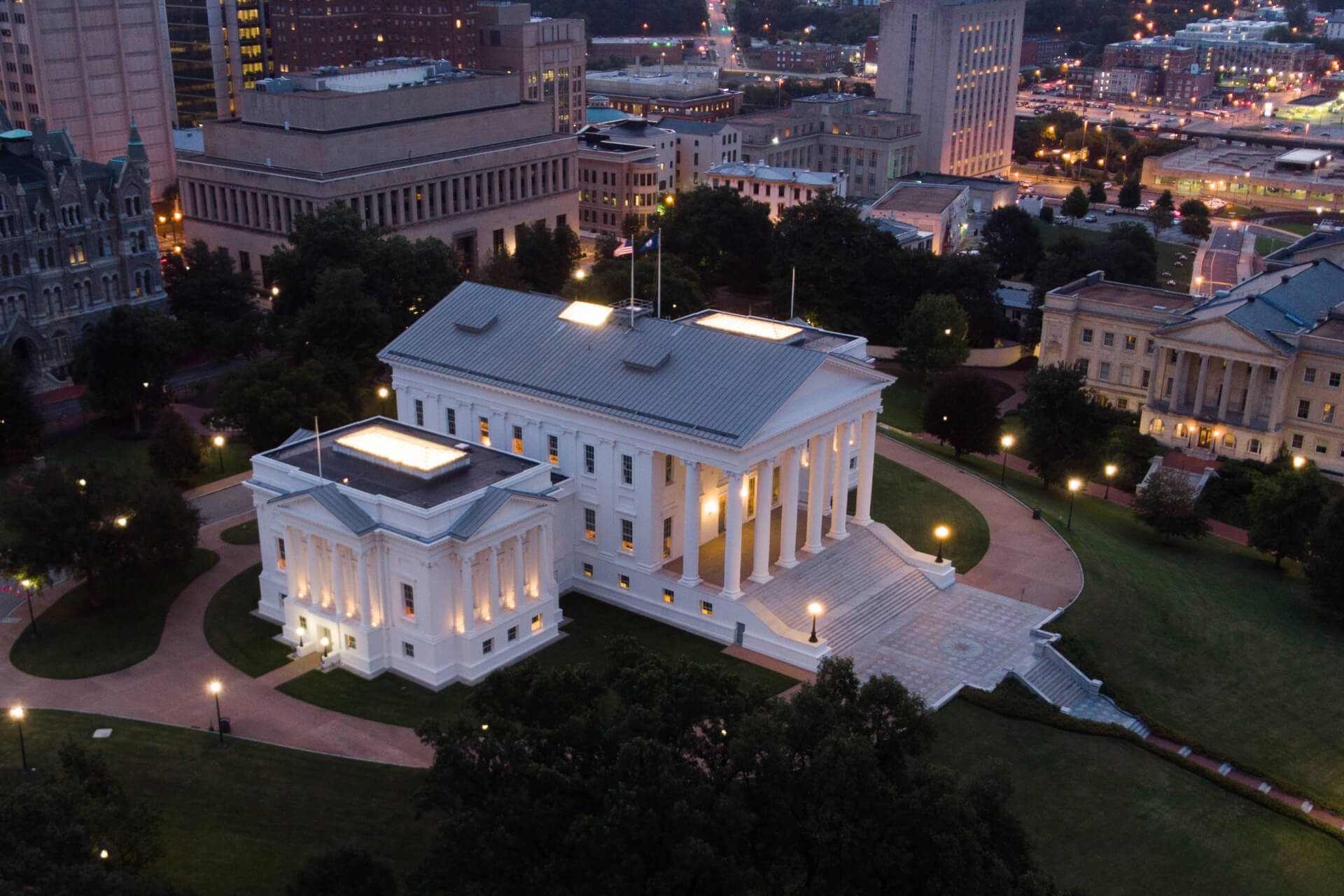 The Virginia Redistricting Commission voted Wednesday to formally instruct its map-drawers not to look at political data or information showing where incumbents live as they draw new General Assembly and congressional districts.

The bipartisan panel’s unanimous vote represents a formal commitment to the fairer process voters envisioned when they approved the commission last year. It’s also something of a gamble, resting on hopes that General Assembly members will vote for neutral maps even if they jeopardize the careers of individual legislators.

The ramifications of that approach were already on display in draft maps drawn for Northern Virginia that paired multiple Democratic incumbents in the same district and created some open districts with no incumbent at all. Incumbent pairing occurred in drafts drawn by both Democratic and Republican consultants, but the Democratic consulting team later acknowledged it had looked at incumbency to make tweaks to its original proposal.

To address the issue as it prepares to take up draft General Assembly maps for the entire state early next week, the commission adopted the following instructions to its map-drawers:

(1) You may not consider political data, including election results or incumbent addresses, while drawing your maps.

(2) You must clearly disclose on your maps every district where, prior to receiving this direction, you considered any political data in the mapdrawing process.

The commission itself is not expecting to look at political and incumbency data until later in the process, a step consultants have said is necessary to ensure the final proposal isn’t unduly tilted to one party and doesn’t have a disparate impact on minority incumbents.

The commission also approved guidance for map-drawers on preserving communities of interest — defined as “a neighborhood or any geographically defined group of people living in an area who share similar social, cultural, and economic interests” — and the boundaries of cities, counties and towns.

The group had debated prioritizing county lines over cities, the idea being that counties are more permanent fixtures of Virginia geography while cities are created through charters and are occasionally dissolved into counties. The commission ultimately decided to treat counties and cities the same, while making preservation of towns, which fall entirely within counties, a lower priority.

Re-upping a contentious legal and political issue from earlier in the week, the commission again debated the extent to which race should factor into map-drawing decisions.

To adhere to the Voting Rights Act, the commission’s Democratic attorneys had suggested instructing map-drawers to seek out every possible opportunity to draw districts where a coalition of racial minorities could elect a candidate of their choice without any one group making up more than 50 percent of a district’s voters. Republican lawyers said those districts were permissible but argued that an instruction to draw as many as possible could run afoul of constitutional provisions against making race the deciding factor.

Though the commission’s discussions focused largely on dueling legal theories, the decision has clear partisan ramifications due to the expectation that majority-minority districts would naturally favor Democrats. When it came time to vote, the commission deadlocked in an 8-8, party-line vote, meaning map-drawers will get no additional guidance on how to handle racial demographics.

Democratic commissioners said the directive was in line with redistricting criteria already laid out in state law and the constitutional amendment creating the commission, both of which indicate a clear preference toward districts that give racial and ethnic communities a chance to pick their own representatives.

“I’d rather be on the side that I’m trying to protect the Voting Rights Act and the protection of minorities,” said Democratic citizen commissioner James Abrenio.

Del. Marcus Simon, D-Fairfax, hinted the issue could be a dealbreaker for House Democrats, most of whom opposed creating the commission.

“I know from the House caucus perspective this was a very important issue,” Simon said.

Because existing law already stresses the importance of minority representation, Republicans said, there was no need to issue another racial instruction that GOP lawyers warned could amount to a violation of the U.S. Constitution’s Equal Protection Clause. Majority-minority districts can and will occur, they said, without a deliberate effort to create them wherever possible.

Republican co-chair Mackenzie Babichenko stressed that circuit courts have weighed in differently on how race can and can’t be used in redistricting, and the ultimate resolution will likely come from the U.S. Supreme Court.

“Legally, there are two just diametrically opposed opinions,” Babichenko. “And that will not be resolved.”

Race-based gerrymandering was the main problem that emerged after Virginia’s 2011 redistricting decision, with federal courts throwing out portions of the state’s congressional and House of Delegates maps following lengthy legal battles. In both cases, judges ruled the General Assembly improperly prioritized race to pack African-American voters into a few chosen districts, diluting their political strength in adjacent districts. Republicans argued they used the racial targets in an effort to comply with the Voting Rights Act, which also prevents states from diluting the Black vote by spreading Black voters across too many districts.

Virginia Republicans took the legal fight over the House of Delegates lines all the way to the U.S. Supreme Court. However, the court dismissed their appeal on technical grounds in 2019, without issuing a substantive ruling laying out clear guidelines for how states should consider race in redistricting.

The commission is hoping to avoid legal trouble by relying on an expert analysis of racial voting patterns. On Wednesday, the body also voted to spend up to $50,000 to gather more political data on recent Virginia primaries involving candidates of color, information that will give the body more insight into how minority communities vote when given a choice between candidates of different races within the same party.

The commission is expected to finalize its General Assembly maps by early next month. The proposal will then go the legislature for an up-or-down vote. If commission proposals fail twice, the Supreme Court of Virginia will draw the new districts.