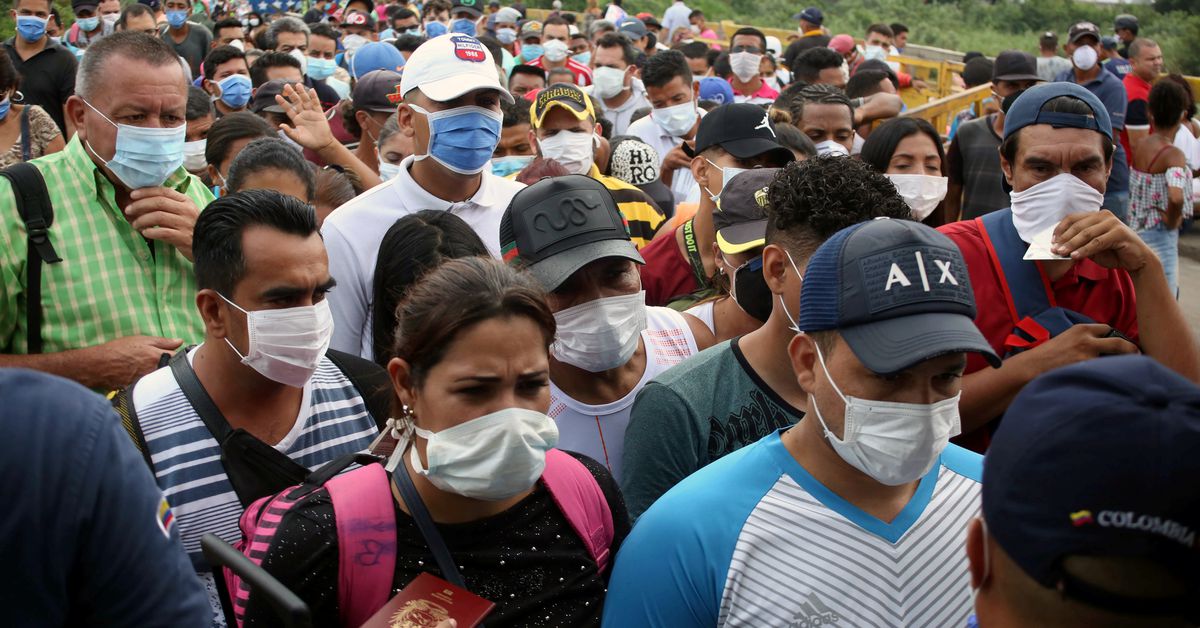 People wearing protective face masks line up to cross the border between Colombia and Venezuela at the Simon Bolivar international bridge, after the World Health Organization has described the outbreak as a pandemic, in Cucuta, Colombia March 12, 2020. REUTERS/Carlos Eduardo Ramirez

Venezuela closed its border with Colombia, restricting inbound trade, in February 2019. That came after the Venezuelan opposition, which is backed by Bogota and Washington, attempted to bring humanitarian aid into the country via its land border with Colombia against the wishes of President Nicolas Maduro.

Venezuelan authorities at the time blocked the Simon Bolivar bridge, one of the main border crossings between the two countries, with shipping containers reading “We want peace.”

Venezuelan authorities at the time said that the attempted aid shipment was part of a Washington-backed plot to overthrow Maduro. The opposition and its allies label accuse Maduro of rigging his 2018 re-election. Maduro, a socialist, says the election was free and fair and blames U.S. sanctions for Venezuela’s economic crisis.

Colombia’s government, which does not recognize Maduro as Venezuela’s legitimate president, closed the borders between the two neighboring South American country in March of 2020 due to the coronavirus pandemic. It reverted that measure in June 2021, a move that had not been matched by Venezuela until now. read more

Rodriguez said on Monday that trucks carrying commercial goods would be able to travel freely between the two countries once the border re-opened.