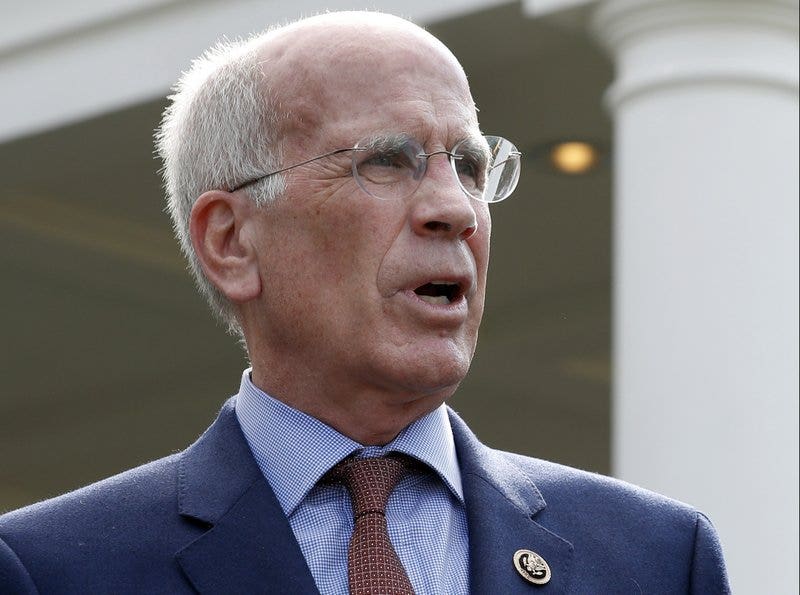 Rep. Peter Welch of Vermont on Monday announced his candidacy for the Senate in the 2022 race to succeed fellow Democrat Patrick Leahy, the longest serving sitting senator in the chamber.

“I’m running for the United States Senate to work for you, for Vermont, for our country, and for our imperiled democracy,” Welch tweeted.

The announcement was no surprise as Vermont’s at-large representative in the House since 2007 had been widely expected to launch a bid in the wake of Leahy’s retirement announcement last week.

“We are at a pivotal moment,” Welch said in video announcing his candidacy. “Vermont families are struggling through multiple crises: a global pandemic, the consequences of climate change, and a racial reckoning generations in the making.”

Democrats will be defending their razor thin Senate majority in the 2022 midterm elections and Welch suggested that the race in Vermont could be instrumental in deciding which party controls the chamber after next year’s contests.

“Powerful outside interests will come to Vermont to try to advance their interests, not ours. They know an open seat in Vermont could be the difference between passing our positive agenda and (longtime GOP Senate leader) Mitch McConnell controlling the Senate again,” Welch said. “The Senate hangs in the balance, and the whole country will be looking at Vermont,” he added.

But Democrats are favored to retain Leahy’s seat in the heavily blue state of Vermont, which now-President Biden carried by 35 points last November and Leahy won reelection in 2016 by 28 points. It’s been two decades since a Republican has represented Vermont in the Senate.

WITH ONE YEAR UNTIL MIDTERMS, REPUBLICANS PREDICT THEY’LL WIN BACK HOUSE AND SENATE

No GOP candidate has yet to jump into the race and popular Republican Gov. Phil Scott has indicated he will run for reelection in 2022 rather than make a bid to succeed Leahy.

Welch, 74, serves on the House Intelligence, Energy and Commerce, and Oversight and Reform committees. He’s also a member of the Congressional Progressive Caucus.

Welch is considered the front runner in the race to succeed Leahy and he was quickly endorsed by Vermont’s other lawmaker in the Senate, independent Sen. Bernie Sanders, the two-time Democratic presidential nomination runner up and champion of the progressive movement.

Sanders said in a statement that Welch “has the knowledge and experience to fight for a government that works for all, not just the wealthy few.”