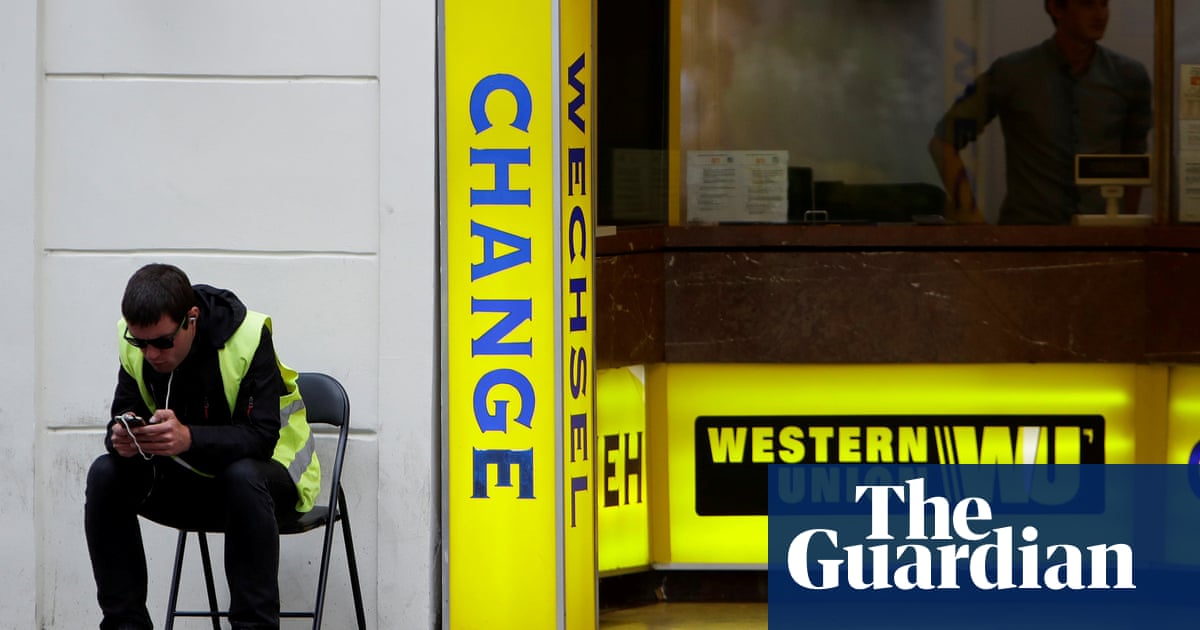 The war in Ukraine is fuelling a surge in money transfers to the country as migrant workers and refugees fleeing the conflict scramble to send financial support back to their families.

The World Bank said remittances to Ukraine from other countries were expected to rise by more than 20% this year, driven by Ukrainians abroad transferring funds back to friends and family facing the severe economic impact of the Russian invasion.

Meanwhile the flow of funds from Russia to countries in central Asia, from where it draws millions of migrant workers, is expected to suffer a dramatic decline as western sanctions plunge Russia into the deepest recession since the collapse of the Soviet Union in the early 1990s.

Remittances are payments sent from one person to another in a different country, typically by migrant workers sending money back to their families.

The World Bank said the surge in cross-border payments to Ukraine mirrored a trend typically seen after natural disasters, as refugees and migrant workers scrambled to support friends and family. The biggest increases came from Poland, the largest recipient of Ukrainian migrant workers, and, to some extent, the US.

Even before Vladimir Putin’s invasion Ukraine was the biggest recipient of remittances in Europe and central Asia, with record-high inflows of $18.2bn (£14.8bn) last year. However, money flows are expected to surge in 2022 by 20% from the level in 2021 due to the impact of war.

The World Bank said total global remittance flows to low-and middle-income countries were expected to grow by 4.2% to reach $630bn this year.

While Ukraine is expected to record a surge, the organisation said countries with close ties to Russia would probably suffer a sharp fall in remittances due to the impact of western sanctions on the country’s economy – forecast to shrink by 11% this year – and ability of Russians to send money abroad.

Furthermore, with the country’s biggest banks limited from accessing the global financial system, remittance outflows from Russia could plummet by 40%.

The World Bank said this would have a damaging impact on central Asian countries with exceptionally tight links to Russia that rely on remittances for a large share of overseas currency earnings, including Kyrgyzstan, Tajikistan, Azerbaijan, Armenia and Uzbekistan.

In Kyrgyzstan, where 82% of remittances originated in Russia in 2021, flows this year are likely to plunge by 32%, compared with an original projected growth rate of 3%.

Major payments companies including Visa and Mastercard have blocked services in Russia, while providers such as PayPal and Revolut have waived fees on transfers to Ukraine in support of the country.

The World Bank said average remittance fees for sending funds to Ukraine ranged between 4.7% in Hungary to 7% in the Czech Republic last year, while steps to reduce charges by 2 percentage points could save Ukrainian migrants over $400m.

The institution said rising food, fertiliser and oil prices triggered by Russia’s invasion were likely to increase risks to food security and exacerbate poverty in many low-income countries around the world.

Michal Rutkowski, global director of the social protection and jobs global practice at the World Bank, said: “The Russian invasion of Ukraine has triggered large-scale humanitarian, migration and refugee crises and risks for a global economy that is still dealing with the impact of the Covid pandemic.

“Boosting social protection programmes to protect the most vulnerable, including Ukrainians and families in central Asia, as well as those affected by the war’s economic impact, is a key priority to protect people from the threats of food insecurity and rising poverty.”