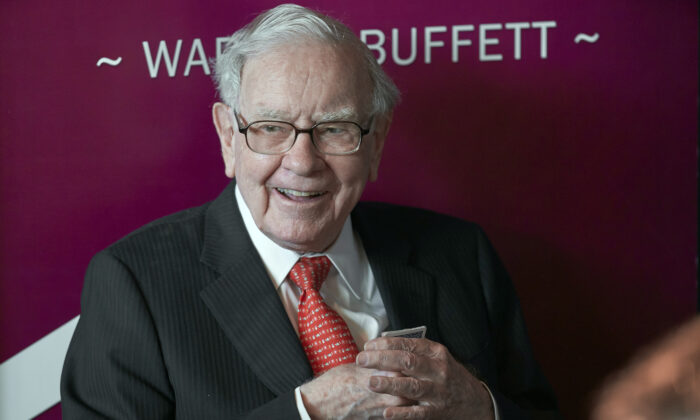 Warren Buffett has responded (pdf) to an open letter from Sen. Bernie Sanders (I-Vt.) requesting the billionaire’s support for striking steelworkers in the Special Metals in Huntington, West Virginia—a subsidiary of Precision Castparts, which is owned by Buffett’s own Berkshire Hathaway. However, the business magnate’s response is unlikely to satisfy Sanders, as Buffett has offered “no recommendation” one way or the other concerning the strike.

“I’m passing along your letter to the CEO of Precision Castparts but making no recommendation to him as to any action. He is responsible for his business,” said Buffett in his response to Sanders.

The strike has been ongoing since October when workers refused to work after the company raised the cost of the workers’ monthly healthcare premium from $275 to approximately $1000. The strike is organized in collaboration with the United Steelworkers Local 40 Union, which represents many of the workers employed at the Special Metals plant.

“Today, I am personally requesting that you intervene in the negotiations between Steelworkers Local 40 and Precision Castparts to make sure that the workers are treated with dignity and respect and receive a fair contract that rewards the hard work and sacrifices they have made,” Sanders wrote to Buffett.

“At a time when this company and Berkshire Hathaway are both doing very well, there is no reason why workers employed by you should be worrying about whether they will be able to feed their children or have health care. There is no reason why the standard of living of these hard working Americans should decline. I know that you and Berkshire Hathaway can do better than that.”

Sanders responded to Buffett on Twitter expressing his disappointment in the Berkshire Hathaway magnate.

“When you have an extremely profitable, well-financed corporation owned by one of the wealthiest guys in the world, you know what? You should not be demanding wage cuts from your workers and cuts in their health care benefits. That’s just wrong.”