Some years ago, my mother attended a funeral where her bank card was stolen from the handbag she had left unattended at the wake.

Other mourners were also robbed.

Yet we had to fight tooth and nail to persuade the local police to press charges against the despicable woman responsible, despite her using the stolen card for an online shopping spree linking her to the thefts.

For Mum, being stolen from was bad enough, but to be denied the prospect of justice was even more distressing.

And I can only imagine the suffering which lies behind new statistics showing that during the past three years, in neighbourhoods covering nearly half the country, the police failed to solve a single burglary.

Many forces no longer routinely dispatch an officer to investigate such crimes. If there is no CCTV or forensic evidence available, cases are often closed almost immediately and victims are fobbed off with a crime number to give their insurance company. 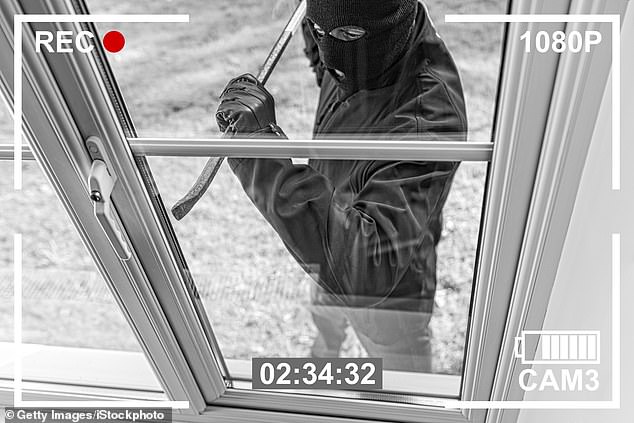 Lack of money is usually cited as the reason. Yet somehow forces across the country find the time and resources to promote what has become a priority of modern policing — the flaunting of their woke credentials.

Back in 2019, Thames Valley Police threatened to prosecute those who had posted stickers bearing the dictionary definition of a woman as ‘an adult human female’ and declaring that ‘women don’t have penises’. They described these statements of biological fact as transphobic and there has been no let-up in such right-on lecturing from the police since.

In February, the Lincolnshire force made much of lighting up their force headquarters in the colours of the Pride flag, a decision explained by Chief Constable Chris Haward as being ‘a very visible show of support’ for LGBT+ History Month.

In May, we saw Superintendent James Sutherland wearing a rainbow helmet while on patrol in Cambridge. When photographs were published on social media, one critic asked ‘how about tackling crime instead of virtue signalling?’

A fair question — but it can be dangerous to express such reservations. Earlier this month, Essex Police’s tweets in support of Pride Month included photographs of the rainbow flag flying outside their headquarters.

‘We’re monitoring our posts,’ warned an accompanying caption. ‘All hate crime will be reported & investigated.’

I found that particularly galling because it was in Essex that my mother and other mourners were robbed and where we were very nearly denied justice.

That crime took place in Southend-on-Sea where, in the past three years, 94.1 per cent of burglaries went unsolved, as did 97.7 per cent of ‘personal’ thefts such as pickpocketing.

If you live there, and someone breaks into your house, the chances of the police doing anything are slim. Yet challenge their woke agenda and you can be pretty sure that they will be knocking at your door. 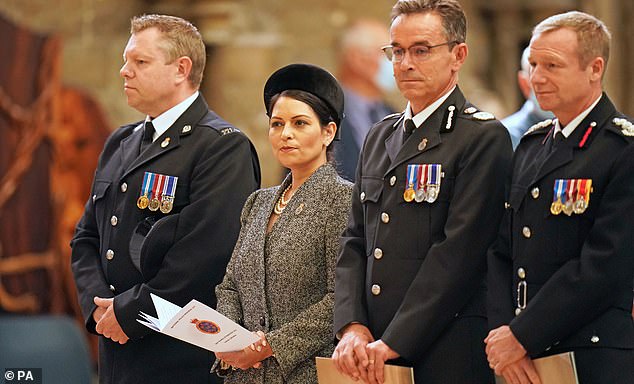 I want to be clear. As a firefighter and long-time trade unionist, I have long fought for equality and fairness and I have no issue with the police doing what they can to challenge prejudice and oppression, not least within their own ranks.

But I hear the views of ordinary voters like myself every day. And I know that they are far more concerned about whether their car is safe on their drive than their local police force being ‘on message’ with the latest political diktat of the day.

That they are failing to deliver what the public wants is clear from both these latest figures and a recent BBC investigation which revealed that forces are taking three minutes longer on average to attend a serious crime than they did six years ago.

One woman featured was forced to try to trace her own stolen car, despite giving Greater Manchester Police clear evidence about where it was last seen. When she confronted the criminal, she was threatened with a crowbar and forced to flee. The next day her vehicle was found abandoned with its windows smashed in.

The BBC also reported how it took police a week to investigate when a 12-year-old boy was sexually assaulted in a pub lavatory, and when they did finally respond, officers managed to delete CCTV evidence of the incident.

In another appalling case, a domestic violence victim was assaulted by an ex-partner in front of her two children, aged two and four, after being told that no one could respond to her 999 call until the following morning.

All but one of Britain’s police forces now fail to answer 999 calls within the target time of ten seconds — and another problem is that the police are now largely absent from our streets.

Their increasingly politicised approach extends to the criminals they are supposed to apprehend. Last month, Andy Cooke, former Merseyside Police chief, argued that, amid rising poverty levels, police should use ‘discretion’ when arresting shoplifters stealing food.

I’m far from a ‘hang ’em and flog ’em’ type — but we have to accept that sometimes people commit crimes for selfish reasons and you shouldn’t shrink from punishing them for behaviour that is morally wrong.

It would be a brave senior police officer who would argue such views. That would question the conventional wisdom enforced by those who were architects and foot-soldiers of the 1960s cultural revolution in Britain but are now running our public institutions and setting public policy.

In my day job in the fire service, I’ve seen how it’s virtually impossible to gain any kind of promotion unless you demonstrate that you are on board with their woke agenda — and the same is true of the police.

If they decided to stage a secret week-long strike, I doubt anyone would even notice. Unless, you were reporting the kind of crime prioritised by those who seem to have forgotten the principles established by Sir Robert Peel, when he established the Metropolitan Police in 1829.

Their job, he declared, was to demonstrate ‘absolute impartial service to law’.

The politicised social workers who pass for modern police officers should remember that they are coppers, not campaigners.