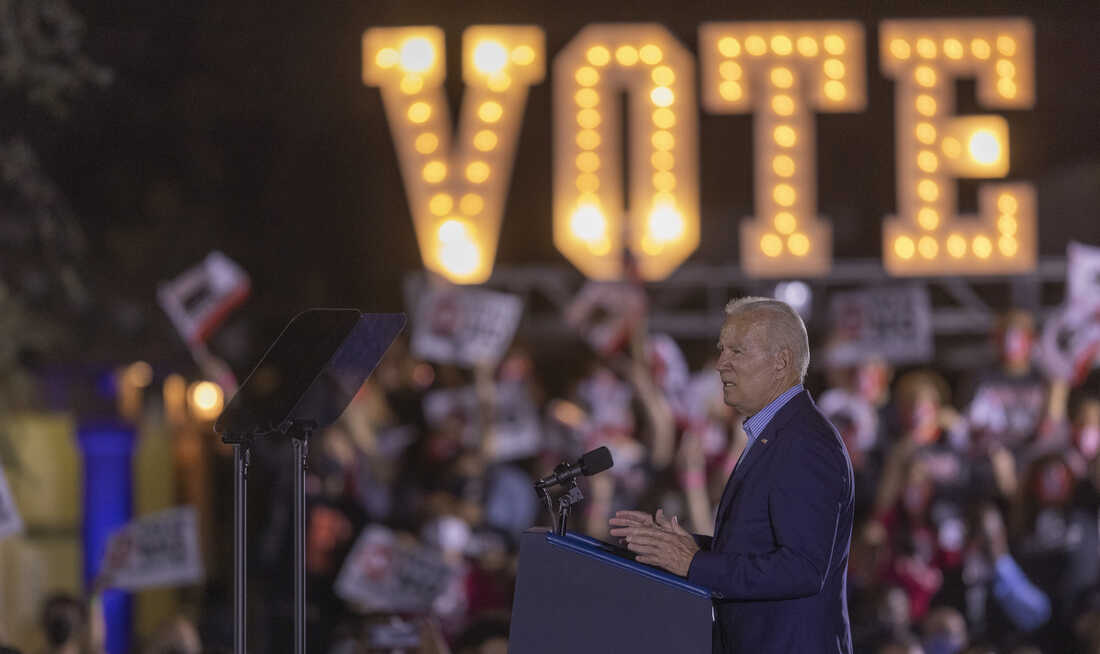 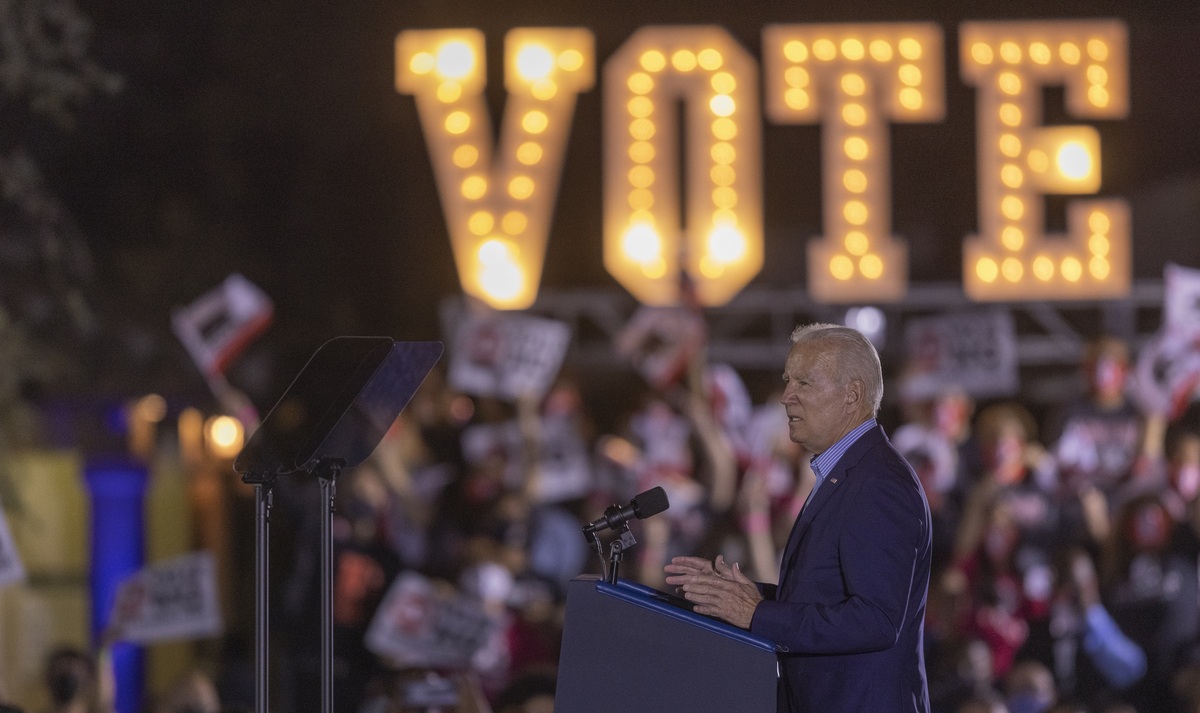 Many moderate Republicans switched allegiances in last year’s election and backed Joe Biden because they could not abide four more years of Donald Trump.

These voters, who swung from backing Trump in 2016 to Biden in 2020, helped make the difference for Biden in places where the margins were close — often, the suburbs.

So today, about eight months into Biden’s presidency, how do these voters view him?

In a pair of virtual focus groups NPR observed last week, featuring more than a dozen such voters from key states, a picture emerged of disappointment with Biden — but no regrets that they helped send Trump packing after one term.

Let’s start with the disappointment.

Polls show Biden’s public approval ratings have taken a hit in recent months. The voters in these focus groups reflected that slide.

They were worried about the spread of the delta variant, and how COVID-19 continues to hurt the economy. They were wary of Democrats’ big spending plans on infrastructure and other programs, alarmed by the troubles they see along the Texas border, and were very disturbed by the chaotic U.S. withdrawal from Afghanistan.

“What happened in Afghanistan, to me, was the worst thing that’s happened since Saigon.” That reference to the 1975 U.S. withdrawal from Vietnam came from Paul, who lives in central Pennsylvania. (We agreed to identify focus group participants by first name only.)

He didn’t buy Biden’s explanation that Trump set the exit in motion by committing to a withdrawal of troops in a deal with the Taliban last year.

Still, perhaps unlike the pandemic and the economy, Afghanistan may fade from the news over time and, as such, may not affect long-term impressions of Biden as much.

And on the coronavirus, the focus group participants — all vaccinated — mostly gave Biden solid marks. It’s clear he benefits from comparisons to his predecessor on that.

“He’s definitely been better than Trump on handling COVID,” said Xaveria from the Atlanta area. But she also said the fact that the delta variant is creating such problems means you still can’t feel really great about how the current administration is doing regarding the pandemic.

Then she added that there’s just an overall unease that’s troubling. “It’s just kind of, like, not really trusting what to expect,” she said.

As for Biden, she said, “I just put him at, like, the average. He hasn’t done anything great. And outside of Afghanistan, nothing awful.” But she was clearly hoping for better.

Not thrilled with Biden, but absolutely not missing Trump

These two focus groups consisted of all Biden voters, but overwhelmingly they still consider themselves Republicans. They haven’t yet left the party, even though they’re disillusioned by Trump’s ongoing presence and the control he still holds.

In contrast to the majority of Republicans responding to polls, none of these voters falsely believes the 2020 election was stolen.

None said they regret their 2020 vote. And while they may be disappointed in Biden, they absolutely rule out voting for Trump if he runs for president again. 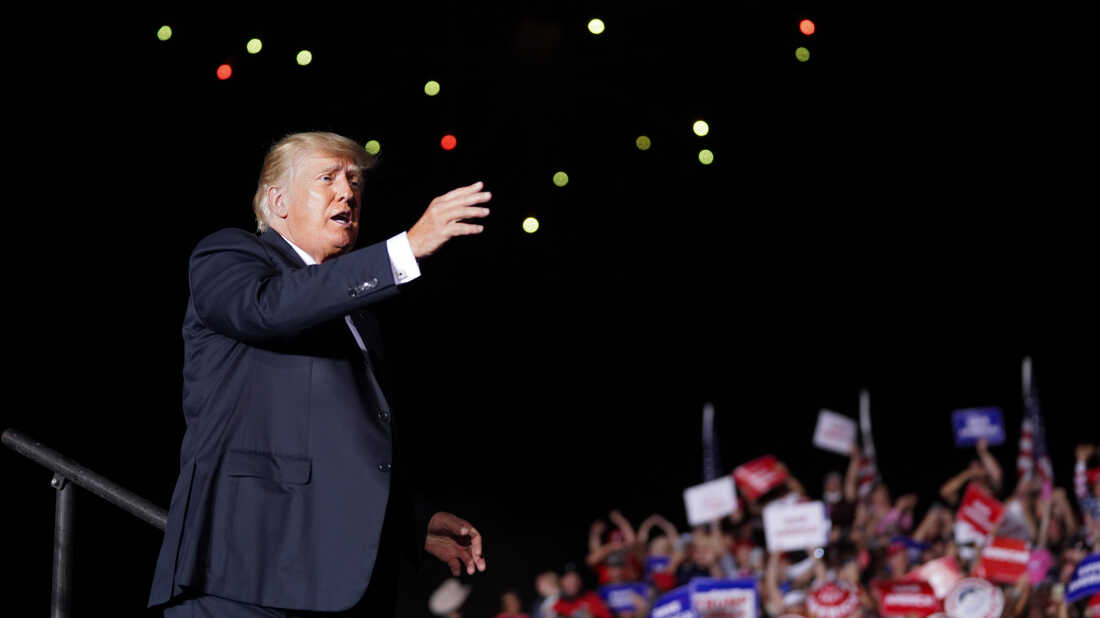 Former President Donald Trump waves to the crowd at the end of a rally on Saturday in Perry, Ga. Sean Rayford/Getty Images hide caption 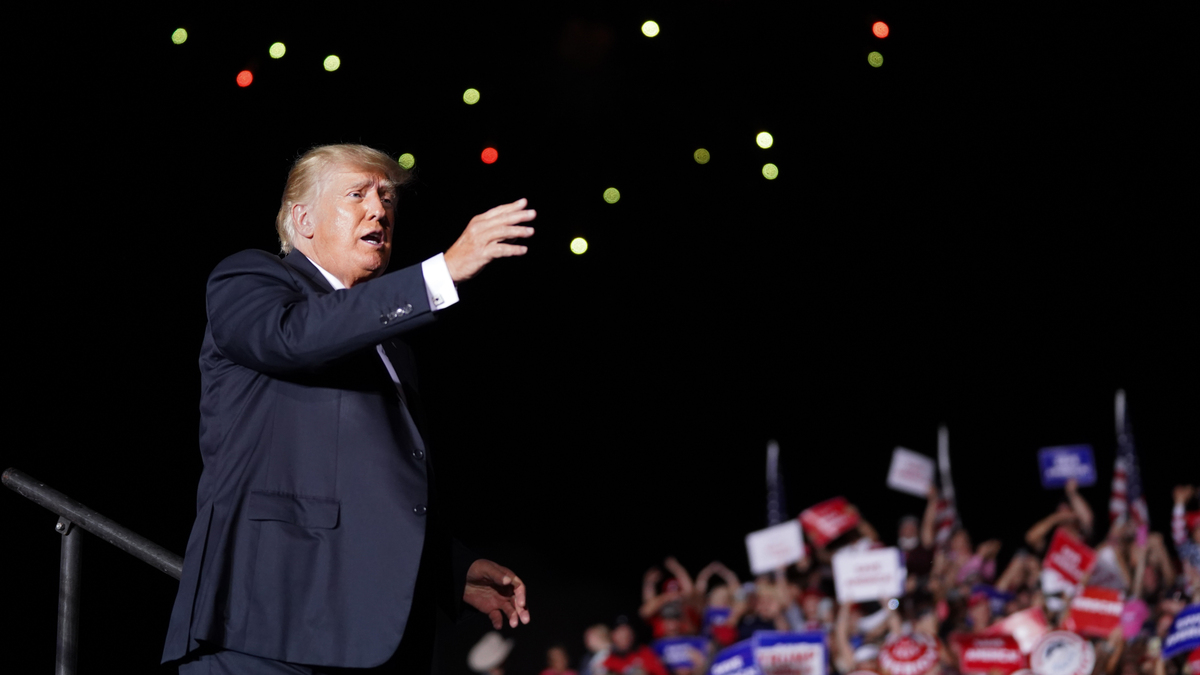 Former President Donald Trump waves to the crowd at the end of a rally on Saturday in Perry, Ga.

Take Christine from the Philadelphia suburbs. Like others in her focus group, she said she first voted for Trump because he was a businessman and not a politician.

But she got far more than she bargained for. She used blunt language to describe the former president: “I felt like we had this monster in office that was bipolar, up and down, irrational, crazy thinking.” She called Trump “childish,” said that “crazy things came out of his mouth,” and that he was “not good for the United States.”

And after all of that, Christine confessed: “I didn’t want to vote for Biden. And I’m going to be honest with you, I would have voted for anybody but Trump.”

Others in the group blamed Trump for inciting racial tensions, citing how he described participants in a white supremacist march in Charlottesville, Va., as “very fine people.”

As for Trump’s oft-stated claim that he would “drain the swamp” in Washington, D.C., focus group member Mike, who lives in Georgia, had this retort: “I think he made the swamp bigger.”

These swing voters readily say that their frustrations with both a Republican Party in Trump’s grasp and with Biden leave them feeling a bit lost politically.

Georgia resident Xaveria asked a simple question: “It’s like, where do we go?”

These voter discussions were part of a series of focus groups that have been organized by longtime political strategist Sarah Longwell, who herself is a Republican who has worked to defeat Trump.

She hears voters like Xaveria and Christine and says they reject Trump and GOP candidates trying to be “Trumpy” themselves. She says such voters are open to voting for Democrats, but the party also needs to nominate more moderate candidates to make these voters feel welcome there.

These moderate-to-conservative voters are “are very clear that they feel politically unmoored, politically homeless,” Longwell said in an interview.

“I really view these voters as up for grabs in 2022 and 2024,” she said. But Longwell says it matters who the candidates are, and how the parties see themselves.

And Longwell says it makes such voters worth watching. It also makes them potentially pivotal. “Right now, people who are willing to change their vote from one party to another really hold the keys to political power,” she said.