A jury on Friday found Kyle Rittenhouse not guilty on all charges related to him shooting three men on Aug. 25, 2020.

Joseph Rosenbaum, Anthony Huber, Gaige Grosskreutz and Rittenhouse had traveled to the scene of unrest in Kenosha that night for differing reasons. Protestors had gathered there to speak out against the police shooting of Jacob Blake, a Black man who was left paralyzed after being shot by a police officer.

Rittenhouse, then 17 years old, said he had traveled from his home in Antioch, Ill., to protect private property and help as a medic.

Amid protests that had turned violent and destructive, Rittenhouse fatally shot Rosenbaum and Huber, and injured Grosskreutz, with an assault-style rifle.

More than a year later, a jury found him not guilty on five charges, including first-degree intentional homicide, in a case that’s captivated, and divided, a nation.

Here’s what we know about the three men shot by Rittenhouse:

Joseph Rosenbaum was the first person Rittenhouse shot on that chaotic night.

Rosenbaum was at the unrest after having just been discharged from a hospital in Milwaukee, his fiancée, Kariann Swart, testified at the trial.

The 36-year-old crossed paths with Rittenhouse in a used-car lot as Rittenhouse brandished an AR-15-style rifle. Rosenbaum, meanwhile, was unarmed and carried a plastic bag containing a toothbrush, toothpaste, socks, deodorant and some papers.

According to Rittenhouse’s lawyers, Rosenbaum approached Rittenhouse and attempted to “engage” him. Afraid, Rittenhouse took off running and Rosenbaum gave chase. Videos of the incident show that Rosenbaum eventually threw the plastic bag he was carrying at Rittenhouse, who responded by firing four shots at the man.

During the trial, Rittenhouse and another witness said that Rosenbaum had reached for Rittenhouse’s gun.

Swart testified she and Rosenbaum were living in a motel at the time Rosenbaum was killed, and that the couple had at times been homeless. She also described Rosenbaum’s mental health issues, saying he was on antidepressants and medication to treat his bipolar disorder. He had been in a hospital following a suicide attempt.

“We just spent a lot of time talking, getting to know one another, and laughing and joking around. He was a very animated person like that,” she said. 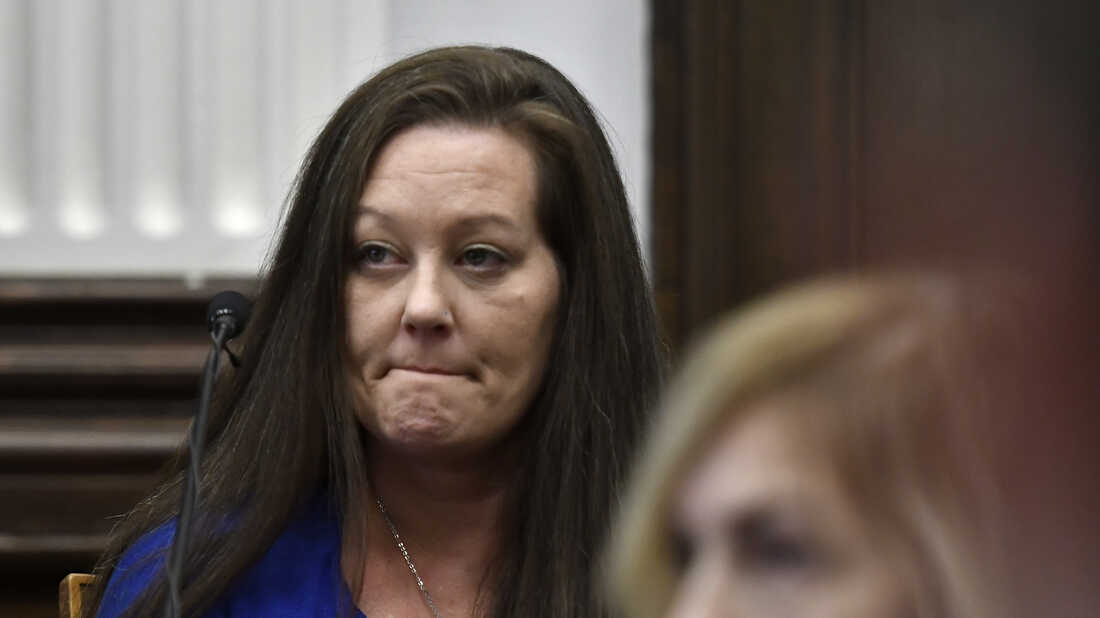 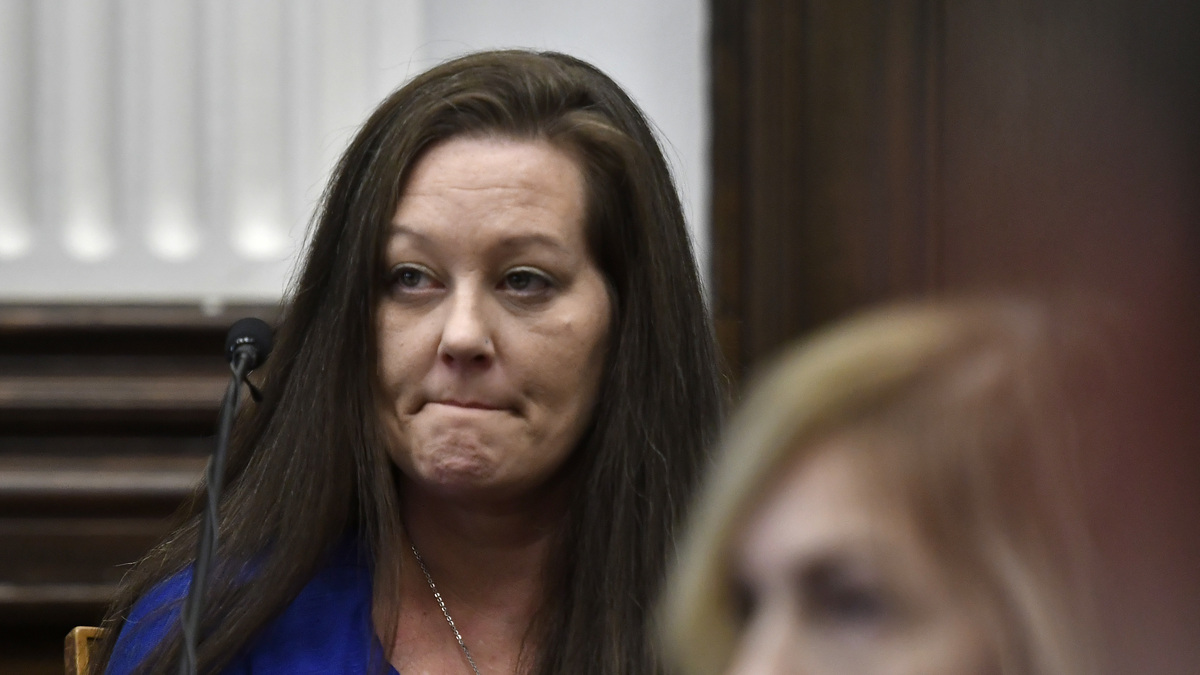 Rosenbaum was raised in Texas and Arizona, according to The Washington Post. The paper reported that Rosenbaum said he was molested by a stepfather and had spent most of his adult life in prison starting at age 18 for sexual conduct with five preteen boys.

His mother was sent to prison when he was 13 and Rosenbaum began using heroin and methamphetamine at a group home where he was sent, the Post reported.

Swart had pressed charges against Rosenbaum in July 2020 after a fight in which he assaulted her, the paper reported. But she was open to reconciling, telling the Post that he had told her: “I want to fix things. … I want to get myself right.”

Rosenbaum had a young daughter from a previous relationship, according to the paper, and he said he was fighting for the right to see her.

Swart told reporters after the verdict: “I feel like in this case, it feels like, the victims’ lives don’t matter. And I don’t think that that is acceptable.”

Rittenhouse panicked and set off running away from the scene of the fatal shooting, toward a police line.

But along the way, several protesters who believed Rittenhouse was an active shooter began chasing after him. Anthony Huber was among them.

The 26-year-old, who grew up in Kenosha and was an avid skateboarder, was at the protest with his girlfriend Hannah Gittings.

“He pushed me out of the way and ran off. I tried to grab him,” Gittings told CNN last year.

Huber eventually caught up to Rittenhouse and tried to stop him by hitting him with a skateboard. But the single blow was not enough to bring Rittenhouse down.

Within seconds of the tussle, Rittenhouse fired a single fatal shot into Huber, who can be seen staggering away then collapsing onto the ground in video footage of the incident.

An obituary described Huber as an artistic young man with a quick wit, whose favorite thing was skateboarding.

He “died a hero fighting for a cause he believed in,” it reads.

According to the Post, Huber and Gittings had gone to the scene of the unrest to document the demonstrations for posterity. Huber was a friend of Jacob Blake.

Huber had spent time in prison twice, first for violating probation after strangling his brother and again for kicking his sister, the Post reported.

He spent a lot of time at the local skate park and also struggled with bipolar disorder. He died just days after his birthday, according to an obituary.

Following Rittenhouse’s acquittal, Gittings told reporters that she wasn’t surprised by the verdict, according to CNN.

“I don’t think that any of us who were directly involved in what happened last year on the 25th are really that surprised. We know that this system is a failure,” she said. “Personally, I am especially not surprised at the outcome of this verdict.”

Huber’s parents released a statement saying they were “heartbroken and angry” over the acquittal but that their son “would have his day in court.” Huber’s parents have filed negligence claims against the city of Kenosha and Kenosha County. Rittenhouse can now face civil lawsuits as well. 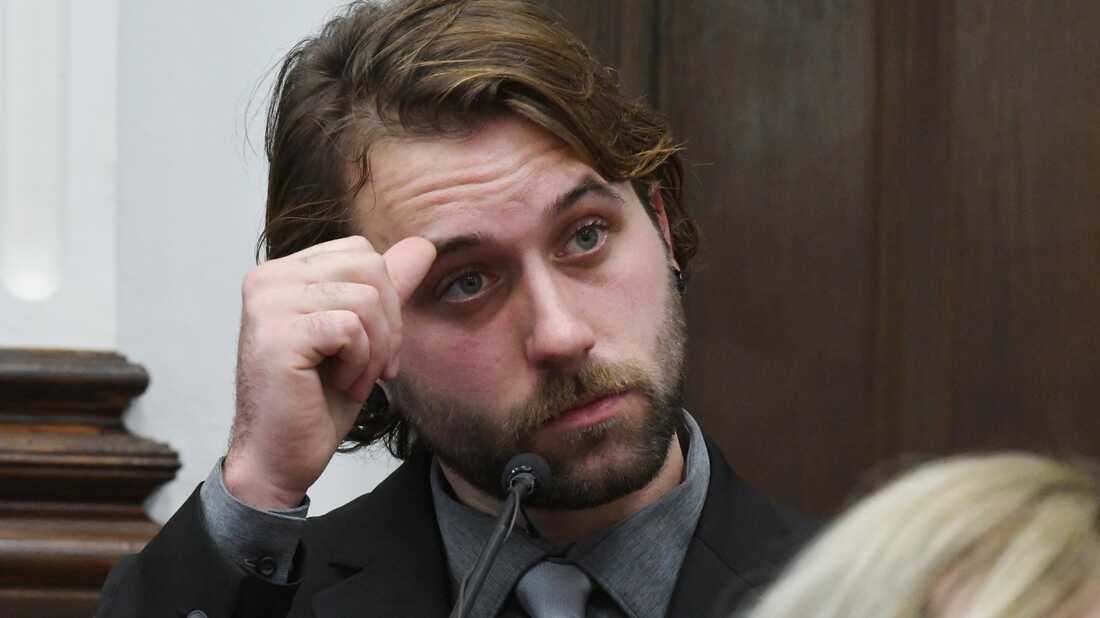 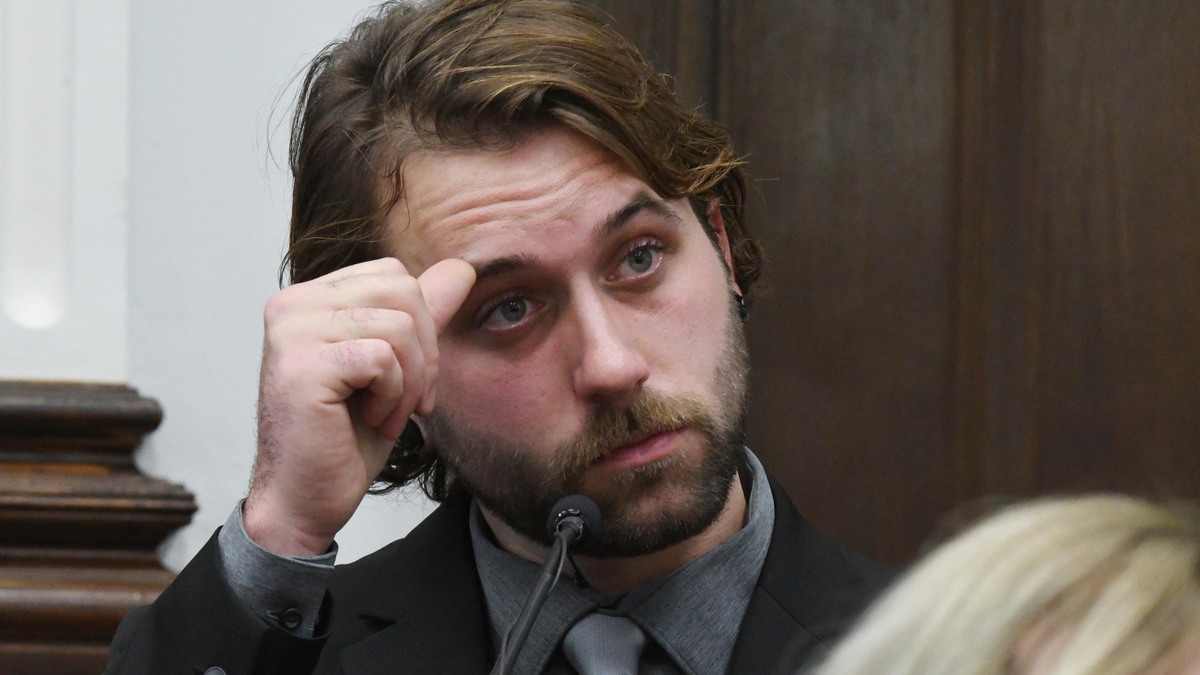 Gaige Grosskreutz was shot and injured by Kyle Rittenhouse. He testified on Nov. 8.

Grosskreutz, along with Huber, was one of several people who chased Rittenhouse after he shot and killed Rosenbaum. Prosecutors have said that the group believed that Rittenhouse was an active shooter.

Grosskreutz was armed with a pistol that night. But he also had his medical supplies, all of which were standard for him to bring to protests, he testified. He was there that night to help out with medical care. He’d been to dozens of protests over the summer.

Grosskreutz said he was not intentionally pointing his weapon at Rittenhouse, but during cross-examination agreed that it was pointed at Rittenhouse at the moment he was shot.

Rittenhouse shot Grosskreutz in the arm. Grosskreutz said he lost 90% of his right bicep.

Grosskreutz became a paramedic after high school, but the profession left him burnt out, according to the Post. He then switched paths, majoring in outdoor education at Northland College. He got involved in the protests that summer after an internship fell through, joining forces with an activist group called the People’s Revolution and helping out with medical care at protests.

After the shooting, Grosskreutz filed a lawsuit alleging that city officials and law enforcement were aware of, supported and collaborated with armed vigilantes on the night of the shooting.

Grosskreutz has not commented publicly following the verdict. He is seeking privacy after all of the attention from the past year, his attorney said, according to WTMJ-TV.

Trump: Schools have to open and children need to be educated - Fox News
A German nurse injected patients with saline instead of coronavirus vaccines, sparking fury - The Se...
5 things to know before the stock market opens Wednesday - CNBC