New York Gov. Andrew Cuomo announced his resignation on Tuesday, but he is not going anywhere just yet, as he gave himself 14 days before his departure from office becomes effective.

The two weeks’ notice raised some eyebrows among political figures who questioned the motives behind Cuomo’s decision.

“I was a little taken aback that he said his resignation is effective in 14 days, and it may be overly cynical but I believe that Andrew Cuomo was a person of mischief,” former Southern District of New York U.S. Attorney Preet Bharara said on his podcast.

Bharara said he trusts that Cuomo will leave office, but said that two weeks “is a long time” and that Lt. Gov. Kathy Hochul has been getting ready to take over.

“And I hope there’s nothing nefarious about the 14 days,” he continued, “but it strikes me as too long a period. You don’t have to give two weeks notice to resign as governor.” 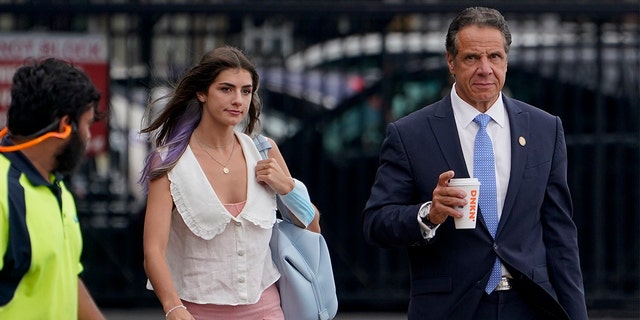 New York State Assembly Minority Leader Will Barclay also weighed in on the 14-day delay in a conversation with FOX Business’ “Mornings with Maria.”

“I have a little bit of a problem with it, whether we can do anything about it I think that’s tough,” Barclay said. He claimed that it is “a real concern” that Cuomo could try to tamper with evidence, and posited that Cuomo may be staying for two more weeks so that he could continue to receive defense counsel that is paid for by taxpayers instead of out of his own pocket.

Fox News reached out to Cuomo’s office asking why he decided to stay on for two more weeks, but they did not immediately respond.

One possible reason why Cuomo will remain as the resident of the Governor’s Mansion for two extra weeks is that he may not have anywhere to go. According to a New York Post report from last week, Cuomo is not known to own any property, as his last home in Mount Kisco was owned – and eventually sold – by his ex-wife.