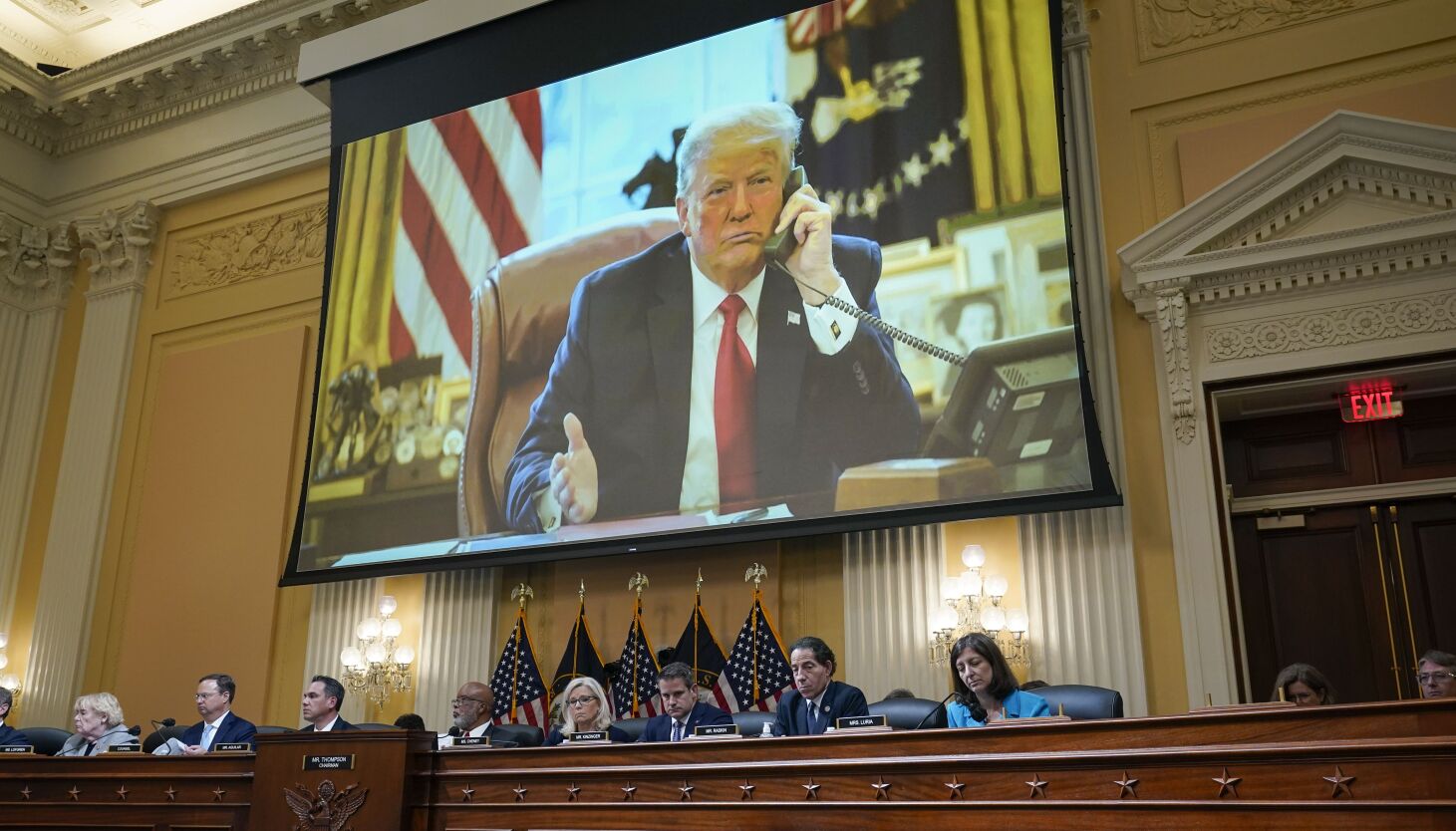 The hearing will focus on efforts by former President Donald Trump and his allies to pressure state legislators and election officials to change election results in key swing states that Trump lost.

“Over the course of our next hearings, you will see information about President Trump’s efforts, John Eastman efforts, the Trump legal team’s efforts to apply pressure to Republican state legislatures, state officials, and others,” Rep. Liz Cheney, R-Wyo., said Thursday.

A group of Trump supporters from swing states including Arizona “decided to proclaim themselves the true electors for the state, creating two sets of electors: the official electors selected by the state and a group of fake electors,” Cheney said.

Arizona has been at the center of efforts to overturn the election. Ginni Thomas, the wife of Supreme Court Justice Clarence Thomas, emailed 29 Republican lawmakers in Arizona in December 2020, suggesting they ignore the popular vote, according to emails obtained by the Washington Post.

Previous hearings from the select committee have outlined its findings about how those in Trump’s inner circle knew the 2020 election wasn’t stolen and told him, and about Trump’s pressure campaign to convince former Vice President Mike Pence to overturn the election.

Cheney, one of two Republicans on the bipartisan, Democratic-controlled committee, said the committee will show how Trump’s efforts to overturn the election went beyond Pence.

“We will examine all of those threats, and we will examine the Trump team’s determination to transmit materially false electoral slates from multiple states to officials of the executive and legislative branches of our government,” Cheney said. “We will examine the pressures put on state legislatures to convene to reverse lawful election results.”

Trump claimed the committee is only showing testimony that makes him look bad and is “truncating sound bites.”

“The committee refuses to play any of the tape of people saying the good things, the things we want to hear, it’s a one-way street,” Trump said Friday at the Faith & Freedom gathering Nashville.

The committee’s hearing on Pence found that Trump did not call Pence after he was evacuated when the mob stormed the Capitol, and Cheney previously said that Trump said Pence “deserves” to be hanged.

Trump said Friday that “Mike did not have the courage to act.”

“Mike Pence had absolutely no choice but to be a human conveyor belt,” Trump said.