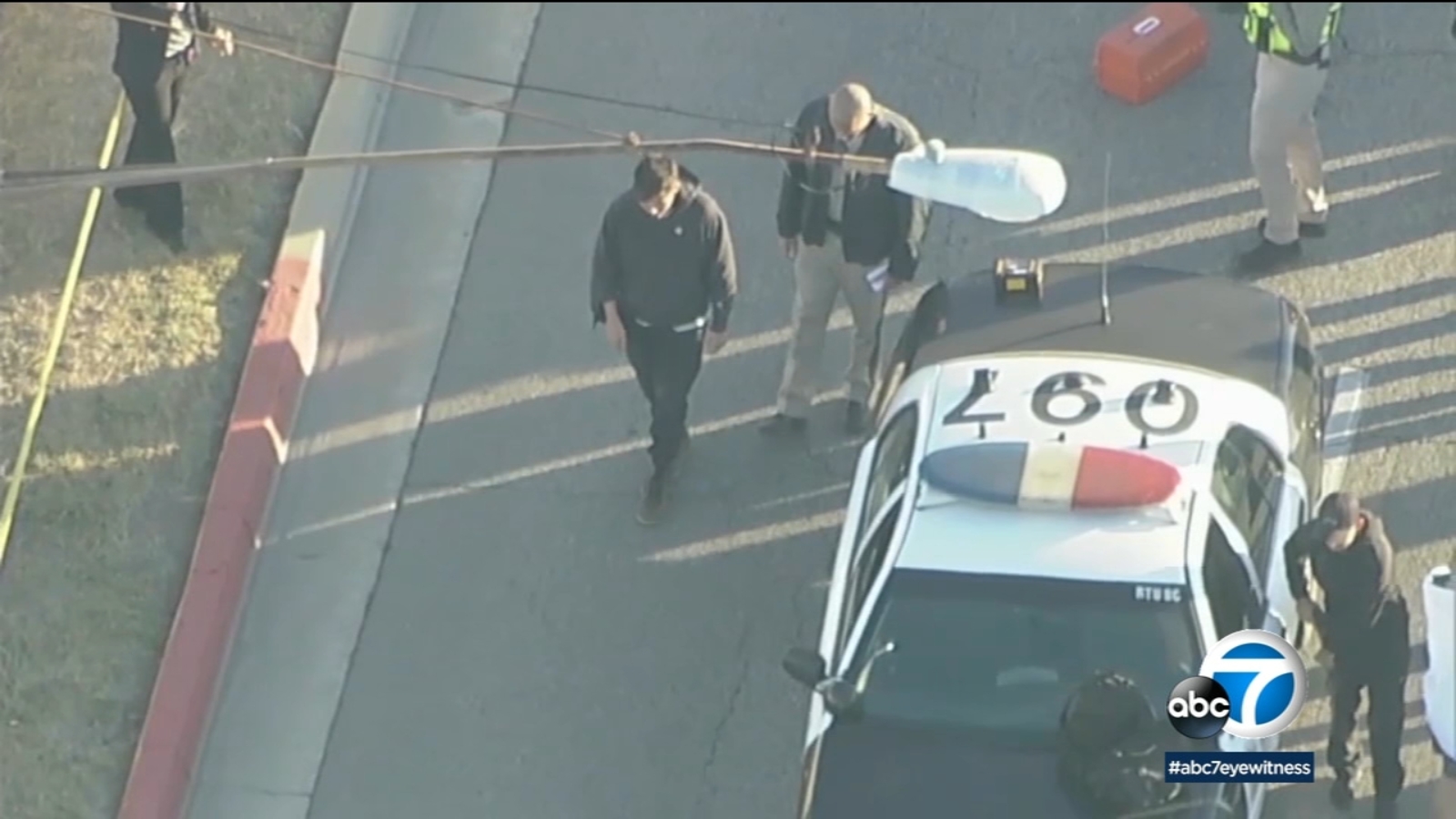 WHITTIER, Calif. (KABC) — A 22-year-old Diamond Bar man who authorities believe intentionally crashed into a group of law enforcement recruits was released from custody Thursday evening, according to jail records.

Los Angeles County Sheriff Alex Villanueva said the suspect was only released until investigators can develop more evidence and present a stronger case for prosecutors.

Nicholas Joseph Gutierrez was arrested on suspicion of attempted murder on peace officers for Wednesday’s crash that injured 25 recruits, but jail records show he was released at 9:49 p.m. due to insufficient evidence a crime was committed.

“Due to the extreme complexity of the investigation, which includes ongoing interviews, video surveillance review, and additional evidence needed to be analyzed, homicide investigators have released Mr. Gutierrez from the Sheriff’s Department custody,” a news release from authorities said.

Investigators are beginning the work of serving search warrants on all of Gutierrez’s social media and electronics to see if he ever expressed any “anti-police” views.

“I have no doubt that an in-depth investigation will confirm that Nicholas is a hard working young man who holds no animosity towards law enforcement, and this was an absolutely tragic accident,” Alexandra Kazarian, Gutierrez’s attorney, said in a statement to Eyewitness News.

The case was expected to be presented to the L.A. County District Attorney’s Office on Friday, but Villanueva said on a cable news network that the suspect would be “provisionally” released as investigators worked to build a stronger case.

“We definitely have grave concerns about his ability to prosecute, so we are actually gonna provisionally release him until we can have the case iron-clad… and submit it to the D.A. for filing consideration,” Villanueva said in an interview on NewsNation, referring to D.A. George Gascón.

Meanwhile, the L.A. County District Attorney’s Office issued a statement saying, “We have been in contact with LASD and CHP since the incident occurred. They advised our office late yesterday that they would not be presenting a case at this time and that they would be releasing the suspect. We cannot comment on the evidence in this case as this is an ongoing investigation.”

The sheriff said they are still waiting on toxicology results, among other things.

“This frequently happens when we have incidents that arise out of traffic collisions, for example,” said Villanueva.

A Sheriff’s Department investigator told Eyewitness News Thursday that they believed the suspect intentionally slammed into the recruits.

Villanueva previously said the crash was an accident, however, authorities say that was based on preliminary information and further evidence collected led them to believe the suspect intentionally slammed into the group.

The incident unfolded early Wednesday morning in the South Whittier area near Mills Avenue and Trumball Street. Villanueva said a class of about 75 recruits were on a run as part of a training exercise when the driver veered onto the wrong side of the road and crashed into the group.

The collision left the 25 recruits with injuries ranging from head trauma to loss of limbs.

Villanueva said seven of them were still in the hospital, two in critical condition, as of Thursday. One of those critically injured was still on life support with serious “brain bleeding and/or swelling and that is our biggest concern right there.”

Some recruits said they heard the vehicle accelerating and it was going about 30 to 40 miles per hour before it crashed into a pole, Villanueva said Wednesday.

Villanueva said the driver was given a field sobriety test shortly after the crash and “blew a 0.0.”

The scene after the crash was chaotic, and authorities said it looked like an airplane wreck. Deputies got help from a nearby county fire station and immediately transported some of the most badly injured directly to hospitals.