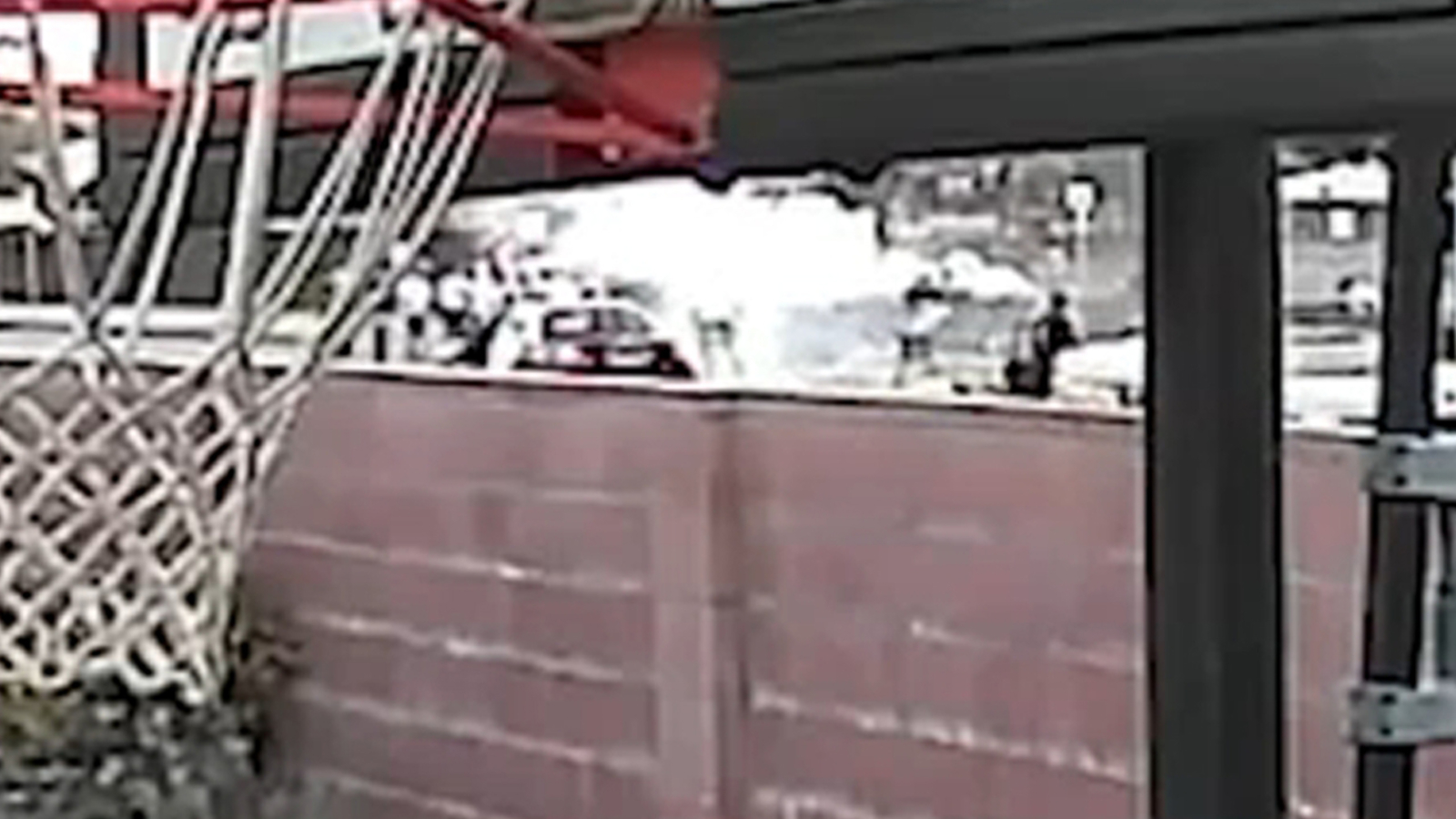 WHITTIER, Calif. (KABC) — New surveillance video shows a direct view of a wrong-way driver slamming into a group of law-enforcement recruits in Whittier on Wednesday.

The footage, however, still leaves unanswered a key question: Why?

WARNING: The video is graphic and has been edited for broadcast purposes.

From a nearby resident’s backyard, it shows a grouping of several dozen recruits wearing white T-shirts jogging in tight formation alongside a residential street. Two patrol vehicles are escorting them from the back.

There is little traffic on the street.

Suddenly, a Honda SUV comes into view driving on the left side of the road and heading straight into the front of the group, with no visible indication that it tried to slow down or swerve.

In fact the driver may have sped up shortly before the collision, Sheriff Alex Villanueva said.

“Some recruits are saying they heard the car accelerating, they estimate around 30 to 40 miles per hour,” the sheriff said. “You can see how little reaction time that allows someone.”

The video doesn’t provide evidence of any obstacle or any other clear reason why the driver was on the wrong side of the road and continued into the path of the jogging recruits.

The vehicle mowed down the recruits and then slammed into a pole, kicking up clouds of smoke and sending people and debris flying.

The video also illustrates the aftermath, in which other recruits rushed in to help. The group was also being escorted by officers in patrol vehicles and they stopped to assist as well. First responders also were on scene quickly from a nearby fire station.

Authorities say injuries to the group ranged from head trauma and broken bones to loss of limbs. At least one recruit was hospitalized on a ventilator in critical condition.

The driver, a 22-year-old man, had no indication of alcohol in his system, authorities said. AIR7 HD observed officers having the driver walk for a field-sobriety test.

They are still investigating the cause of the collision.