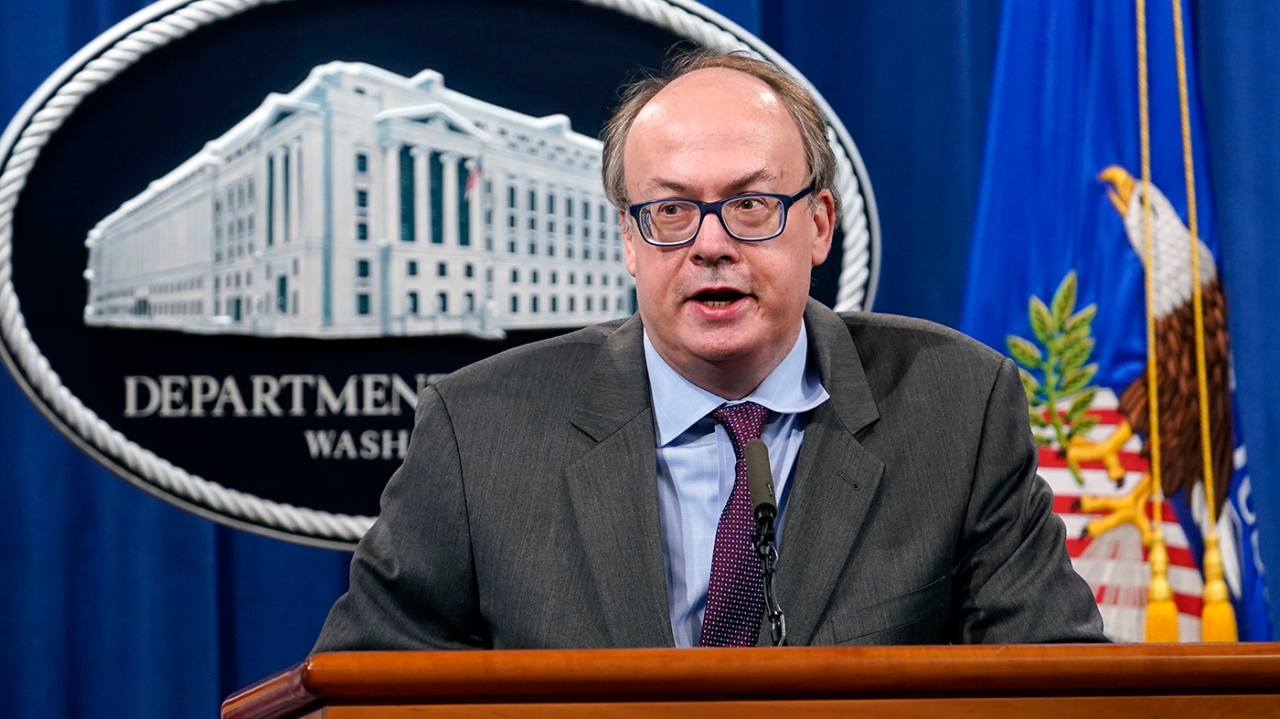 Clark was introduced to Trump by Rep. Scott Perry (R-Pa.) and quickly became a leading advocate for the Justice Department to send a letter to Georgia asking the state to suspend its certification of the 2020 election results pending a DOJ investigation into nonexistent fraud.

As Trump grew increasingly frustrated by a lack of action at DOJ in pursuing his false claims, he became fixated on booting his remaining top DOJ leadership just barely a week after then-Attorney General Bill Barr resigned.

Trump viewed Clark as the man for the job – something Clark warned DOJ leadership about before eventually pitching himself for the role.

The tension peaked at a Jan. 3 meeting at the White House where DOJ officials and White House lawyers warned any upset could lead to mass resignations.

“Jeff Clark certainly was advocating for change in leadership that would put him at the top of the Department, and everyone else in the room was advocating against that and talking about what a disaster this would be,” then acting Deputy Attorney General Richard Donoghue said, according to portions of his deposition and others that were released by the committee in a March court filing.

“He repeatedly said to the president that, if he was put in the seat, he would conduct real investigations that would, in his view, uncover widespread fraud; he would send out the letter that he had drafted; and that this was a last opportunity to sort of set things straight with this defective election, and that he could do it, and he had the intelligence and the will and the desire to pursue these matters in the way that the president thought most appropriate.”

DOJ had rejected getting involved in Trump’s campaign affairs, both because they determined his fraud claims were baseless and that doing so would be an abuse of department authority.

But Clark had for days been pushing some of the campaign’s most fantastic claims around voter fraud.

Attorney General Jeffrey Rosen and Donoghue were surprised to get an email from Clark prior to their White House meeting promoting “various theories that seemed to be derived from the internet,” according to Donoghue.

That included a theory that the Chinese government may have hacked into Dominion voting machines through a smart thermostat. He followed with a request for an intelligence community briefing on the matter along with the request to have the Justice Department send a letter to Georgia asking it to stall certification of its election results pending a DOJ investigation.

“Jeff Clark would have no way of knowing what investigations we had conducted or not because he was not involved in election matters,” Donoghue said, noting Clark’s longtime career as an environmental lawyer.

Clark’s credentials would come up repeatedly in the Jan. 3 meeting, where officials used “blunt and direct” language and offered brutal assessments of Clark’s abilities.

“I made the point that Jeff Clark is not even competent to serve as the attorney general. He’s never been a criminal attorney. He’s never conducted a criminal investigation in his life. He’s never been in front of a grand jury, much less a trial jury. And he kind of retorted by saying, ‘Well, I’ve done a lot of very complicated appeals and civil litigation, environmental litigation, and things like that.’ And I said, ‘That’s right. You’re an environmental lawyer. How about you go back to your office, and we’ll call you when there’s an oil spill,’” Donoghue said.

“I remember saying at some point that, you know, Jeff wouldn’t even know how to find his way to [FBI Director] Chris Wray’s office, much less march in there and direct the FBI what to do, and that, ‘If you walked into Chris Wray’s office, he wouldn’t even know who you are. So we had these conversations that went around and around and were very blunt and direct,” he said.

When asked by Trump how they would react if he installed Clark, each of the attorneys threatened to resign, with Donoghue saying he wouldn’t serve “one minute under this guy.”

Clark was subpoenaed by the Jan. 6 committee in October for pushing the investigation letters.

“These proposals were rejected by department leadership as both lacking in factual basis and inconsistent with the department’s institutional role,” the subpoena states.

He risked being referred for contempt of Congress after walking out of his first deposition after claiming his conversations with Trump were protected by attorney client privilege.

Clark eventually sat with the committee in February, and repeatedly asserted his Fifth Amendment right against self-incrimination – a move that can have serious professional repercussions for attorneys.