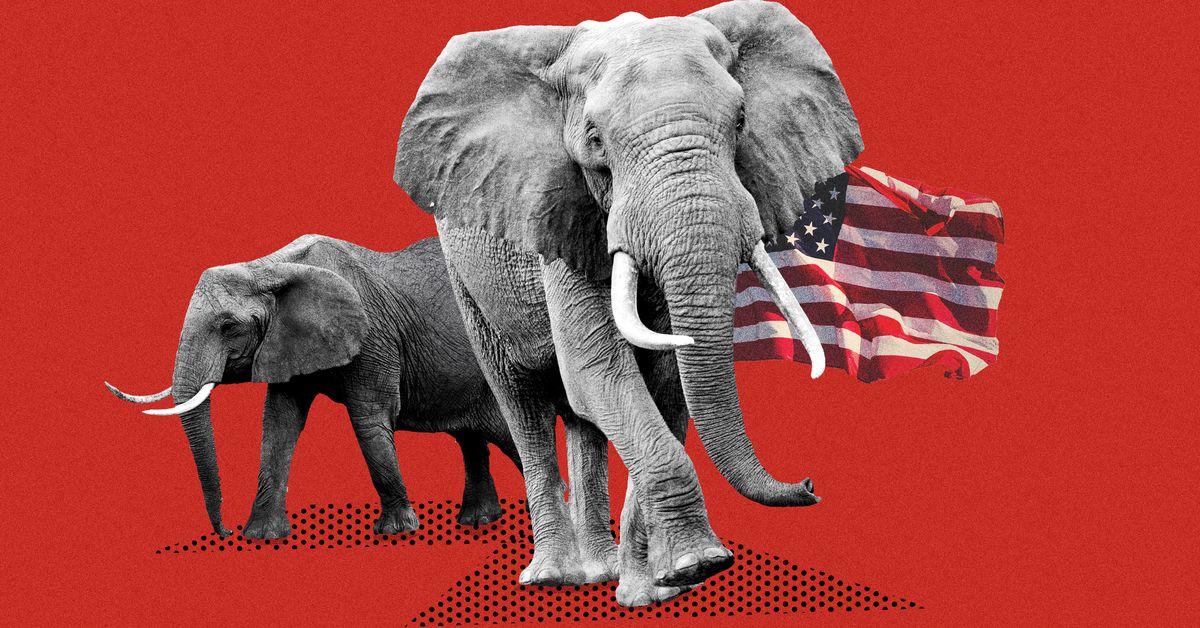 In a growing number of 2022 Republican primaries, former President Donald Trump has stepped in to endorse a candidate other than the incumbent, putting him at odds with some in the party establishment. It’s one of several story lines creating a showdown that could help shape the the outcome of the midterms and the future direction of the party.

Trump’s endorsements put him on a collision course with his former Vice President Mike Pence, who told incumbent Republican governors in November he would support them, as well as the Senate Leadership Fund, a super PAC aligned with Senate Minority Leader Mitch McConnell, which will back Senate incumbents and “intervene in cases where a candidate is a clear threat to lose a seat in a general election,” the group told Axios. In other races, Trump will face off with other conservative kingmakers, like Arizona’s gubernatorial race, where he and former vice presidential nominee Sarah Palin endorsed competing candidates.

The suburbs could determine which side prevails, said Wendy Schiller, a political science professor at Brown University.

“I think there is a big divide between elite GOP members and their core Trump-supporting rank-and file voters, but the key group that will decide the 2022 elections are the suburban GOP voters who are conservative but also want less uncertainty and chaos in their government,” Schiller wrote in an email. “The problem for the GOP is that these Trump endorsements will push candidates so far to the right that suburban GOP voters and independents could be repelled by them.”

In Virginia, a commonwealth Biden won just one year before, Republican gubernatorial candidate Glenn Youngkin showed his party a path to victory after keeping Trump at a distance. Youngkin placated the Trump wing early in the campaign before tacking more to the center for the general election and winning the race.

Trump-endorsed candidates, however, don’t seem likely to follow that playbook. Despite no evidence of widespread fraud in 2020 — an Associated Press review of every potential case of voter fraud in six states Trump has challenged found just 475 disputed ballots out of 25.5 million ballots cast, a number too small to change the results — Trump-endorsed candidates like Arizona gubernatorial candidate Kari Lake said she would not have certified the election, while Idaho gubernatorial candidate Janice McGeachin has called for a 50-state audit.

As the party out of power, Republicans are likely to take back Congress, and Biden’s falling approval rating plus redistricting add to their advantage. Relitigating the 2020 election, though, could threaten Republicans’ chances in tightly contested states, like Arizona or Georgia.

“In a state like Georgia, where Stacy Abrams and (Sen. Raphael) Warnock will mobilize the base of the Democratic Party, any drop-off in suburban GOP voters will cost them both the governor’s race and the Senate race, even in the face of voter suppression laws,” Schiller said.

Republican strategist Karl Rove believes Trump’s endorsements, based on “how vocally a candidate is willing to support his claim that the 2020 election was stolen through widespread fraud, and not so much on a candidate’s viability,” could be a recipe for disaster.

“This leaves Mr. Trump backing candidates who will likely falter in the general election,” Rove wrote in a recent Wall Street Journal editorial.

“In his business career, Mr. Trump put his name on everything from steaks to menswear to vodka, with mixed results,” Rove wrote. “Now he risks more than diluting his personal brand. Mr. Trump could help some Democrats hang on in an otherwise devastating election cycle in 2022 by forcing their opponents to harangue voters about an unpopular topic. If the GOP can’t learn to shake the Trump obsession with alleged election fraud, the former president could even hand Democrats the White House — again.”

Endorsing nonincumbents is risky, since they’re less likely to win, but should Trump’s picks prevail at the ballot box, it would further cement his hold over the party.