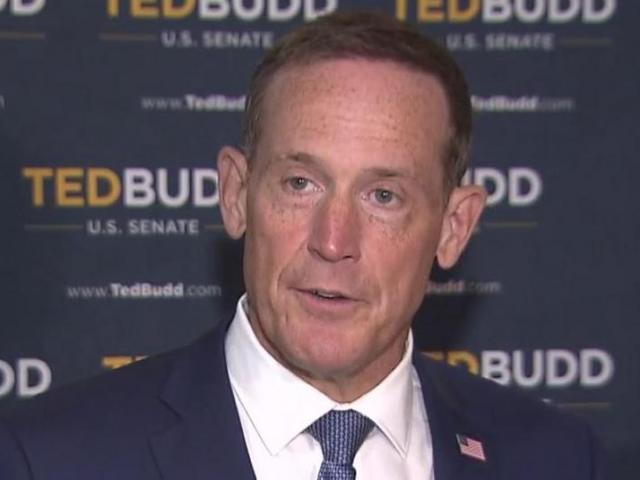 DURHAM, N.C. — U.S. Rep. Ted Budd indicated Tuesday that he would accept the results of the 2022 election, an acknowledgment that follows scrutiny over a no-comment on the topic from the U.S. Senate candidate’s campaign that raised questions over whether he would.

The New York Times on Sunday reported that a Budd spokesman declined to say if Budd would uphold the state’s results, drawing criticism from the campaign of his competitor, Democrat Cheri Beasley.

Asked about the report Tuesday in Durham, Budd intimated that he would uphold the results and pointed the finger back at Democrats.

“This is pretty much a false narrative from the left,” Budd said in a news conference prior to a speech before a law enforcement group in Durham. “I mean, why wouldn’t I [accept the results]?”

Asked the same question by the Times about accepting the results, Beasley told the newspaper: “I trust that our 2022 election will be administered fairly.”