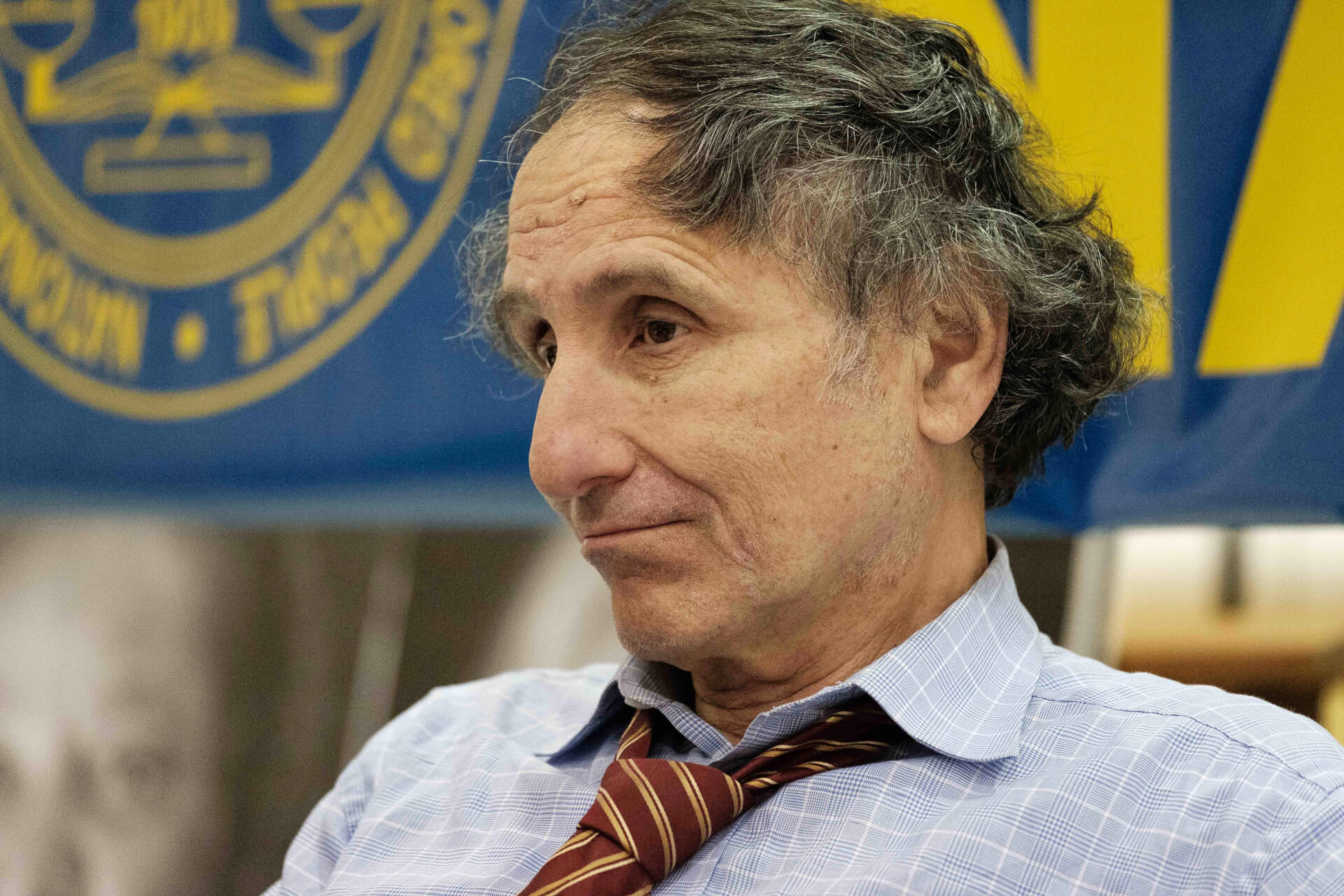 Democrats and Republicans are once again battling for control of the Virginia House of Delegates. But Paul Goldman, a Democratic lawyer and onetime aide to former Gov. Doug Wilder, says Virginia’s political class is ignoring an inconvenient truth: Technically speaking, the 2021 House elections are invalid.

Because the November elections are being held on an old political map that hasn’t been updated to reflect a decade of population shifts, Goldman is arguing in a federal lawsuit against the state, the courts should step in and order a do-over in 2022.

Though the state had no control over late-arriving U.S. Census data that delayed its constitutionally required redistricting process, Goldman says that’s no reason to let state delegates who win in November serve full, two-year terms while wide population disparities exist between districts.

According to analysis by the Virginia Public Access Project, a Northern Virginia district based in fast-growing Loudoun County now has a population of over 130,000, while other districts in Southsidme and Southwest Virginia have less than 70,000 people.

Goldman says that’s an impermissible violation of the one-person, one-vote principle, diluting the vote of anyone who now finds themselves in an overpopulated district.

“There’s no reason except that the incumbents don’t want to run again.” Goldman said in an interview Thursday. “State leaders have an obligation to defend your rights. I shouldn’t have to go to court to get them to do what’s right.”

The remedy Goldman’s proposing is another round of elections next year on forthcoming maps that will be drawn either by the new Virginia Redistricting Commission or the Supreme Court of Virginia.

In a normal redistricting year, that ongoing work would have been completed months ago and the House elections would be conducted using a new map. If nothing else changes, the adjusted districts won’t have full effect until early 2024, when the winners of the 2023 House and Senate races begin a new two-year term.

“I actually believe in these things,” Goldman said. “And I’m not sure there’s that many people in politics that actually give a damn unless they can make some money off it.”

To bolster his case, Goldman is pointing to a similar case 40 years ago, when a court invalidated a new redistricting plan just before the 1981 House races.

“Because Virginia’s citizens are entitled to vote as soon as possible for their representatives under a constitutional apportionment plan, we will limit the terms of members of the House of Delegates elected in 1981 to one year,” read a court ruling ordering the state to hold House elections on proper maps in 1982.

As the only two states with legislative elections in 2021, only Virginia and New Jersey were put in a major logistical bind over the pandemic-delayed census data. In New Jersey, Democrats resolved the problem by successfully asking voters to approve a constitutional amendment on the ballot allowing 2021’s winners to serve two-year terms in old districts if necessary. In Virginia, the issue has gone almost completely unaddressed.

The prospect of having House elections in 2021, 2022 and 2023 had been discussed as a possibility since early 2020. But state officials haven’t done much to clarify whether the roughly 200 House candidates on the ballot this year are running for one- or two-year terms. Del. Lee Carter, D-Manassas, asked Attorney General Mark Herring’s office for a formal opinion on the matter earlier this year, but no such opinion was issued.

Herring’s office is trying to have Goldman’s lawsuit thrown out on technical grounds, arguing Goldman is suing the wrong people because none of the Executive Branch officials named as defendants have the power to set elections or draw new maps. Gov. Ralph Northam, the State Board of Elections and Elections Commissioner Chris Piper all cannot due what Goldman is asking, the state’s response argues, and federal courts shouldn’t intervene in what should be a state matter.

“Plaintiff asks the Court to require the Defendants to set a general election in November 2022, though Defendants have no authority under the Virginia Constitution or Virginia Code to set such an election,” a dismissal motion from Herring’s office states. “Plaintiff further asks this Court to require Defendants to set such an election when district plans have not yet been established to govern the November 2022 election and Defendants do not have authority to establish such district plans.”

In a court filing responding to the state’s argument, Goldman cited Russian fabulist Ivan Andreyevich Krylov and the illusionist Harry Houdini to argue officials are refusing to see the “elephant in the room.” Or trying to make it vanish.

Richmond-based U.S. District Court Judge David J. Novak seems to be taking the case seriously, ordering the state to identify by noon today “who in the Virginia government” has the powers in question. An expedited hearing in the case has been set for Tuesday.

Herring’s office would not comment Thursday when asked if the state has an official position on whether new elections are necessary in 2022 and why no legal opinion was issued on the matter.

Though the state hasn’t weighed in on the substance of the case, the costs and administrative burdens of having House elections three years in a row could be a factor the court will consider if the case advances.

Both parties seem content to run on the old maps for now because they produced a 55-seat majority for Democrats in 2019 but still may be more favorable for Republicans than new maps reflecting stronger population growth in blue areas. That could change after the Nov. 2 elections, when it will be clear who the losers are and who has an incentive to try for a redo as soon as possible.

Goldman said he sees “incumbent protection” as the driving force behind the reluctance to address the constitutional issue.

“Why should people have to wait two years to get to vote?,” he said. “Just because it’s inconvenient for Mark Herring and the Democrats?”

Progressive activist Josh Stanfield, who helped run Carter’s failed gubernatorial campaign earlier this year, sought to join Goldman’s lawsuit. The judge rejected his attempt, while acknowledging any Virginia voter could argue they have a stake in the case.