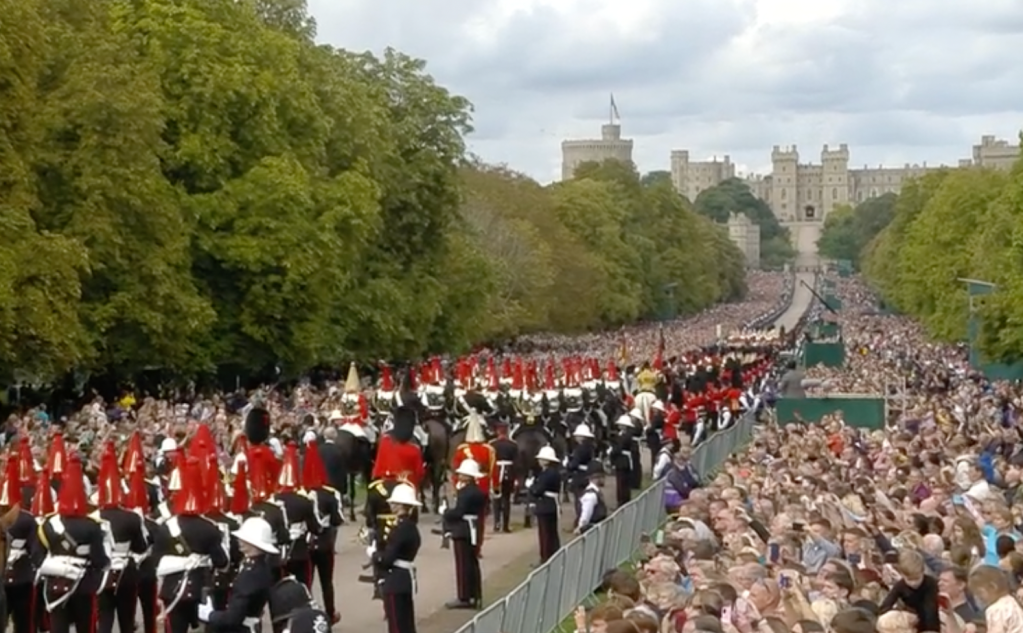 The town of Windsor resembled the setting of a fairytale movie when soldiers and mourners gathered in their thousands to bring the Queen home to her final resting place.

Following the pageantry across the city of London this morning, including a procession around the streets following her funeral service at Westminster Abbey, the events at Windsor, west of the city, had a more country feel.

THE QUEEN’S FUNERAL – ALL PICTURES HERE

Windsor, the location of Europe’s oldest castle where Queen Elizabeth II made her home most recently, and where she will be buried, saw members of the armed forces line the route of the Long Walk, a tree-lined avenue leading up to Windsor Castle, while thousands more mourners gathered to pay their respects for the very last time.

The male members of the royal family, plus the king’s sister Princess Anne, joined the procession as it entered the walls of Windsor Castle to accompany the casket of Queen Elizabeth II on her very last journey – to St George’s Chapel, Windsor.

The State Hearse had brought the Queen’s coffin from Wellington Arch in the centre of London, following her funeral service at Westminster Abbey and a procession of thousands through the streets.

Members of the Household Cavalry accompanied the State Hearse as it approached Windsor Castle, of which St George’s Chapel forms part.