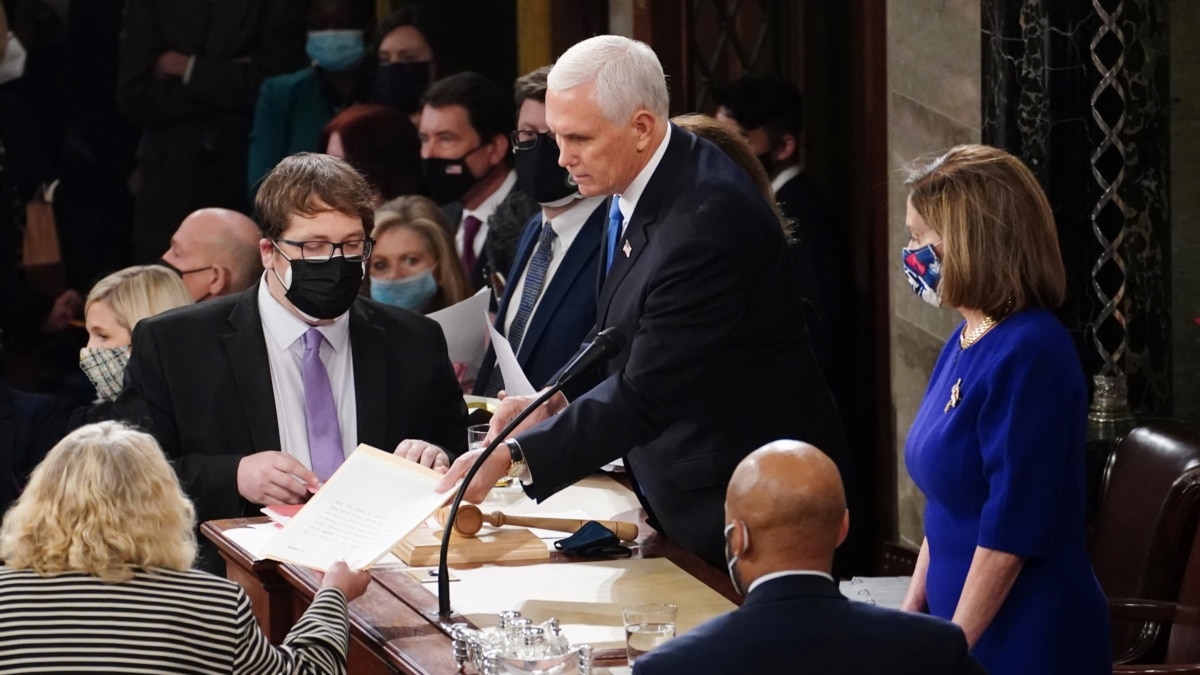 The panel of lawmakers investigating the Jan. 6 riot at the U.S. Capitol last year is set Thursday to hear testimony about how former President Donald Trump pressured then-Vice President Mike Pence to thwart Congress from certifying that Democrat Joe Biden had won the presidency.

Pence was presiding over Congress as lawmakers were in the initial stages of the state-by-state count of Electoral College votes to verify Biden’s victory when about 2,000 Trump supporters stormed the Capitol to disrupt the proceeding.

Trump, in private and publicly at a rally near the White House just before Congress convened, had implored Pence to reject the electoral count from states where Biden narrowly won and send the results back to the states where Republican-controlled legislatures could order another election or submit the names of Trump electors to replace those favoring Biden.

But Pence, a Trump loyalist during their four years in the White House, refused, saying his role was limited by the Constitution to simply open the envelopes containing the Electoral College vote counts from each state.

“I had no right to overturn the election,” Pence has since said, even though his role required him to also certify his own defeat to Democrat Kamala Harris, now the U.S. vice president.

With Pence announcing ahead of time that he would not accede to Trump’s demand, some of the rioters at the Capitol chanted “Hang Mike Pence!” as they stormed past security barriers, scuffling with police and ransacking congressional offices. Some erected a gallows on the National Mall in sight of the Capitol.

Republican Representative Liz Cheney, the vocally anti-Trump vice chairperson of the House of Representatives panel investigating the insurrection, said last week that Trump, watching the mayhem unfold on television from the White House, told aides he agreed with the idea that Pence should be hanged.

“Maybe our supporters have the right idea,” he allegedly said. “Mike Pence deserves it.”

Cheney also said, “President Trump believed his supporters at the Capitol … and I quote, ‘Were doing what they should be doing.’”

“This is what he told his staff as they pleaded with him to call off the mob, to instruct his supporters to leave,” Cheney said.

Briefing reporters ahead of Thursday’s hearing, committee staffers said the session will focus in part on how Trump’s pressure campaign put Pence’s life in danger.

Marc Short, who served as Pence’s chief of staff and reportedly alerted the Secret Service to a potential security threat to Pence’s life, will not be testifying live but clips of his videotaped deposition will be aired during Thursday’s hearing, the aide said.

In response to the committee’s hearings, Trump issued a 12-page statement on Monday, calling the Jan. 6 investigation an attempt by Democrats to prevent him from running for reelection in 2024.

Thursday’s hearing is the third in a series scheduled for the month that lays out how the insurrection occurred and Trump’s role in it by inviting his supporters to come to Washington and “fight like hell” to keep him in office.

More than 800 of them have been arrested on charges ranging from trespassing and vandalizing the Capitol to attacking police. Some ringleaders have been charged with seditious conspiracy.

On Monday, the House panel showed videotaped testimony from numerous White House and political aides saying they told Trump on election night to hold off on declaring victory, advice he ignored when he declared victory in the early hours of Nov. 4, 2020.

Former Attorney General William Barr and numerous aides have told the committee that in the weeks between the election and the insurrection, they told Trump his election fraud claims were baseless and that he had lost the election.

Barr said in taped testimony aired by the committee that many of Trump’s claims of voting irregularities were “completely bogus and silly.”

“Obviously, he lost the election,” Barr said. “There was zero base of evidence sufficient to overturn the election.”