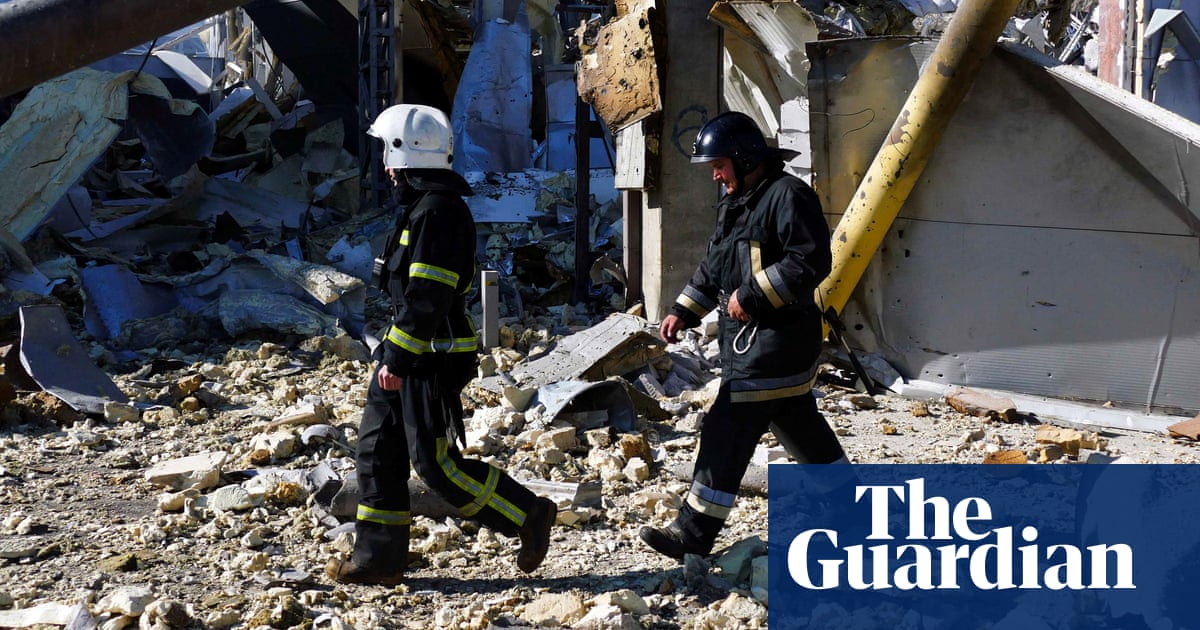 Ukraine’s government suggested that Kyiv could expand its own war aims with an intensifying counteroffensive against the Russians, and said it would suspend the flow of Russian gas through its country to Europe.

With the war now in its 11th week and Russia pounding the vital port of Odesa with missile strikes in an apparent effort to disrupt supply lines, Ukrainian president Volodymyr Zelenskiy said late on Tuesday that the military was gradually pushing Russian troops away from the key city of Kharkiv and back towards the border with Russia.

The Ukrainian military’s general staff said its forces drove the Russians out of four villages to the north-east of Kharkiv, a key city that has been under attack from the Russians since the beginning of the conflict.

Tetiana Apatchenko, press officer for the 92nd separate mechanised brigade, the main Ukrainian force in the area, confirmed that Ukrainian troops had in recent days recaptured the settlements of Cherkaski Tyshky, Ruski Tyshki, Borshchova and Slobozhanske, in a pocket north of Kharkiv.

Foreign minister Dmytro Kuleba seemed to indicate that the country could go beyond merely pushing Russia back to areas it or its allies held on the day of the 24 February invasion.

The idea reflected Ukraine’s ability to stymie a larger, better-armed Russian military, which has surprised many who had anticipated a much quicker end to the conflict.

Kuleba told the Financial Times that Ukraine initially believed victory would be the withdrawal of Russian troops to positions they occupied before the invasion.

“Now if we are strong enough on the military front, and we win the battle for Donbas, which will be crucial for the following dynamics of the war, of course the victory for us in this war will be the liberation of the rest of our territories.”

In another possible sign of increasing Ukrainian confidence, GTSOU, which operates Ukraine’s gas system, said it would stop shipments via Sokhranivka from Wednesday, a transit point that it says delivers almost a third of the fuel piped from Russia to Europe through Ukraine.

It declared “force majeure”, a clause invoked when a business is hit by something beyond its control, Reuters reported. Russia’s Gazprom said this would be “technologically impossible”.

However, Russia continues to bombard many parts of Ukraine as the conflict becomes increasingly attritional.

Ukraine said on Tuesday that Russian forces fired seven missiles at Odesa a day earlier, hitting a shopping centre and a warehouse in the country’s largest port. One person was killed and five wounded, the military said.

Images showed a burning building and debris – including a tennis shoe – in a heap of destruction in the city on the Black Sea. Mayor Gennady Trukhanov later visited the warehouse and said it “had nothing in common with military infrastructure or military objects.”

One of the most dramatic examples of Ukraine’s ability to prevent easy victories is in Mariupol, where Ukrainian fighters remained holed up at a steel plant, denying Russia’s full control of the city. The regiment defending the plant said Russian warplanes continued bombarding it, striking 34 times in 24 hours.

In recent days, the United Nations and the Red Cross organised a rescue of what some officials said were the last civilians trapped at the plant. But two officials said Tuesday that about 100 were believed to still be in the complex’s underground tunnels. Donetsk regional governor Pavlo Kyrylenko said those who remain are people “that the Russians have not selected” for evacuation.

Kyrylenko and Petro Andryushchenko, an adviser to Mariupol’s mayor, did not say how they knew civilians were still in the complex – a warren of tunnels and bunkers spread over 11 square kilometers (4 square miles). Others said their statements were impossible to confirm.