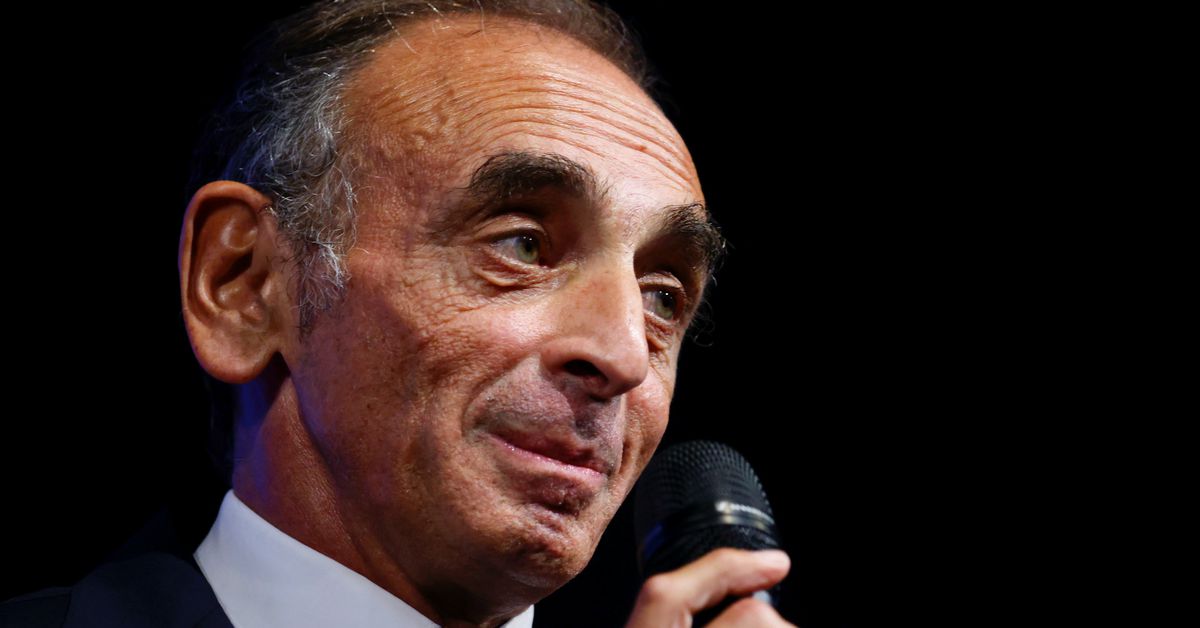 The poll is the first since Emmanuel Macron won the presidency in 2017 to upend the long-anticipated scenario of a repeat knockout contest between Macron and far-right leader Marine Le Pen.

A divisive figure who has made a career pushing the bounds of political correctness on subjects such as immigration and national identity, Zemmour has emerged in past months from the pack to become one of the most popular candidates. read more

The Harris Interactive poll showed Zemmour winning 17% (up 4 points on a late September poll) of voter support, beating Le Pen on 15% and any one of the three challengers vying for the centre-right ticket.

Zemmour, 63, who holds convictions for inciting hatred, has not formally thrown his hat in the ring, but he is behaving every bit the challenger choosing his moment to act, describing himself as a “candidate in the debate”, quitting his prime-time chat-show spot to comply with electoral rules and publishing a book “France Has Not Yet Said Its Final Word”.

Zemmour paints himself as a political outsider in tune with an alienated middle class and in his book draws parallels between himself and former U.S. President Donald Trump.

The poll showed Macron beating all main challengers in the second round, including Xavier Bertrand. Bertrand is running against Valerie Pecresse, head of the Ile de France region, and former European Union Brexit negotiator Michel Barnier for the mainstream right ticket.