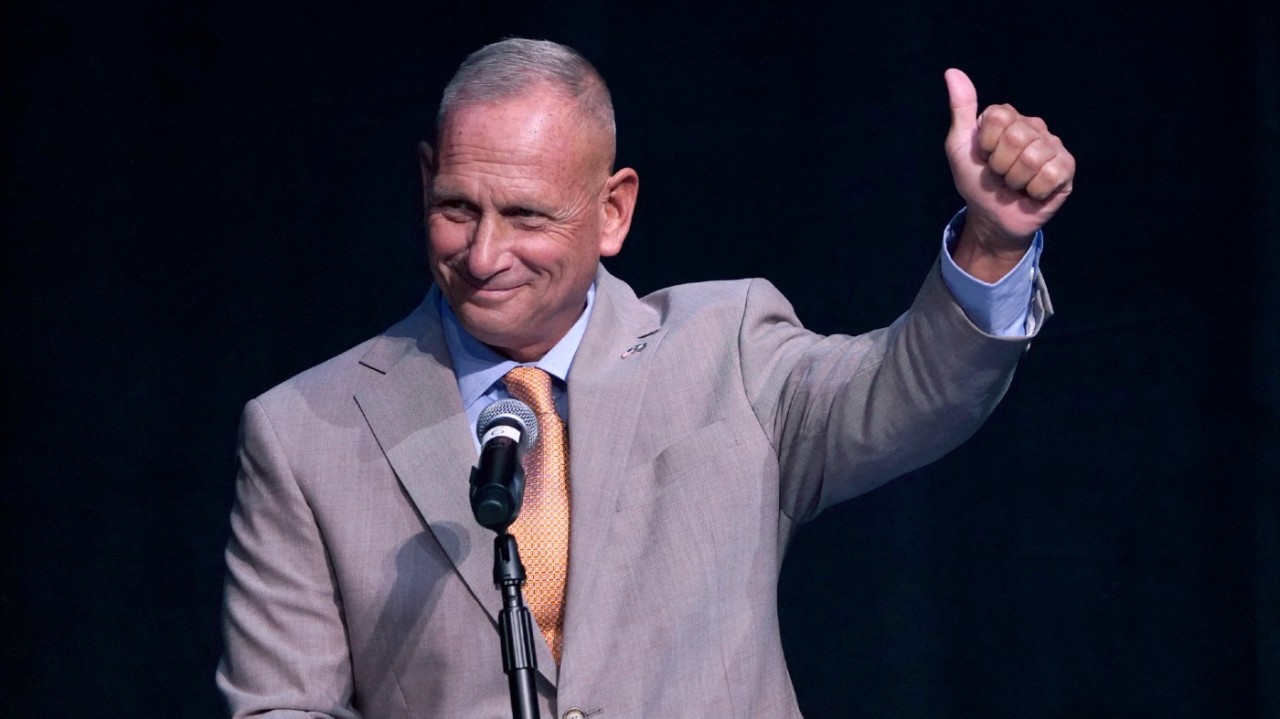 If they had a Mount Rushmore for shameless politicians who, without a hint of embarrassment, will say anything to get elected, whether or not they actually believe what they’re telling voters, then the face of New Hampshire Republican Don Bolduc would be on it.

Bolduc is a retired Army general who is running for a U.S. Senate seat in New Hampshire. For almost two years, he’s been telling voters that Donald Trump really won the presidency in 2020, that Democrats stole it right out from under him. He said what he thought he had to say to win the GOP primary against a more moderate Republican who didn’t claim to believe the election was stolen. And it worked; last week, Bolduc won.

But just two days after his primary victory, he began telling voters he had seen the light, that he got it all wrong, that he came to the conclusion the 2020 election hadn’t been stolen. He said he uncovered information that shows Joe Biden really is the legitimate president of the United States, and that the voters of New Hampshire should simply forget everything he had been telling them about how Trump really won in 2020.

I don’t want to come off as cynical, but it sure sounds like Don Bolduc was channeling Emily Litella, the ditsy “Saturday Night Live” character who, after saying something that made no sense, would brush it off with a simple “Never mind.”

Here’s what The New York Times had to say about Bolduc’s change of mind — or, more accurately, his change of political strategy — now that he has to face incumbent Sen. Maggie Hassan (D) in the general election: “Like a driver making a screeching U-turn, Don Bolduc, the Republican Senate nominee in New Hampshire, pivoted on Thursday from his primary race to the general election, saying he had ‘come to the conclusion’ that the 2020 presidential election ‘was not stolen,’ after he had spent more than a year claiming it was.”

In fact, just one month before the New Hampshire primary, in a debate with his Republican opponents, Bolduc said: “I signed a letter with 120 other generals and admirals saying that Trump won the election and, damn it, I stand by my letter.” The audience cheered, and Bolduc finished with a dramatic “I’m not switching horses, baby. This is it.”

Well, baby, that was it, until he did switch horses two days after he won — and now he has to win over not only hard-right primary Republican voters but moderate voters as well, in a state Trump lost by 7 points in 2020.

Bolduc might have gotten away with his fairy tale about how “Trump won the election” in some ruby-red state like Alabama or Wyoming, but he must have figured out that stuff like that doesn’t play well in New Hampshire, a purple state with a GOP governor and two Democratic U.S. senators.

So, after he squeaked by his moderate Republican opponent on Tuesday, he went on Fox News on Thursday to announce — with a straight face — that “I’ve done a lot of research on this, and I’ve spent the past couple weeks talking to Granite Staters all over the state from every party, and I have come to the conclusion — and I want to be definitive on this — the election was not stolen.” He added: “Elections have consequences and, unfortunately, President Biden is the legitimate president of this country.”

Geez, he must have done a whole “lot of research” to no longer believe that the election was stolen, even though he had been saying it was. He must have miraculously uncovered all sorts of new information between August, when he said “Trump won the election,” and September, when he said “Joe Biden is the legitimate president of this country.” He must have learned a lot he didn’t know from all those New Hampshire voters he says he talked to.

If you believe any of it, you’re as gullible as Don Bolduc hopes New Hampshire voters will be when they cast their ballots on Nov. 8.

You think maybe that “research” came not from Granite State voters but from GOP strategists who warned him that if he stayed with his loony story about a rigged presidential election, he’d be a loser in November?

For some politicians, there’s nothing quite like the prospect of defeat to convince them that it’s time to jump off the crazy train before it pulls into the station in Loserville. Unconditional loyalty to Trump works — until it doesn’t. What Bolduc could get away with in a primary election isn’t something that would necessarily work with independent voters in a general election, especially in a toss-up state like New Hampshire.

Maggie Hassan’s campaign was quick to remind voters about her opponent’s well-documented past, the one he was hoping nobody would remember. “Don Bolduc has spent the entire campaign touting the Big Lie, and he can’t hide from that record,” a Hassan campaign spokesman said. “He has even said that he supports overturning the results of the 2024 election if it doesn’t go his way. A word salad on Fox will not erase his record of election denial.”

Maybe that’s why, in what sounded like a desperate attempt to convince voters that he’s only human and everyone makes mistakes from time to time, he told Fox News host Dana Perino: “We, you know, live and learn, right?”

What Queen Elizabeth and Tom Cruise are teaching us Feehery: Democratic mismanagement makes suburbs ripe for a return to the GOP

He’s right about that — we do live and learn. And one thing we learned is that Ronald Reagan was onto something when he said, “Politics is supposed to be the second oldest profession. I have come to realize that it bears a very close resemblance to the first.”

Maybe they could etch those words under Don Bolduc’s face on the shameless-politicians version of Mount Rushmore.