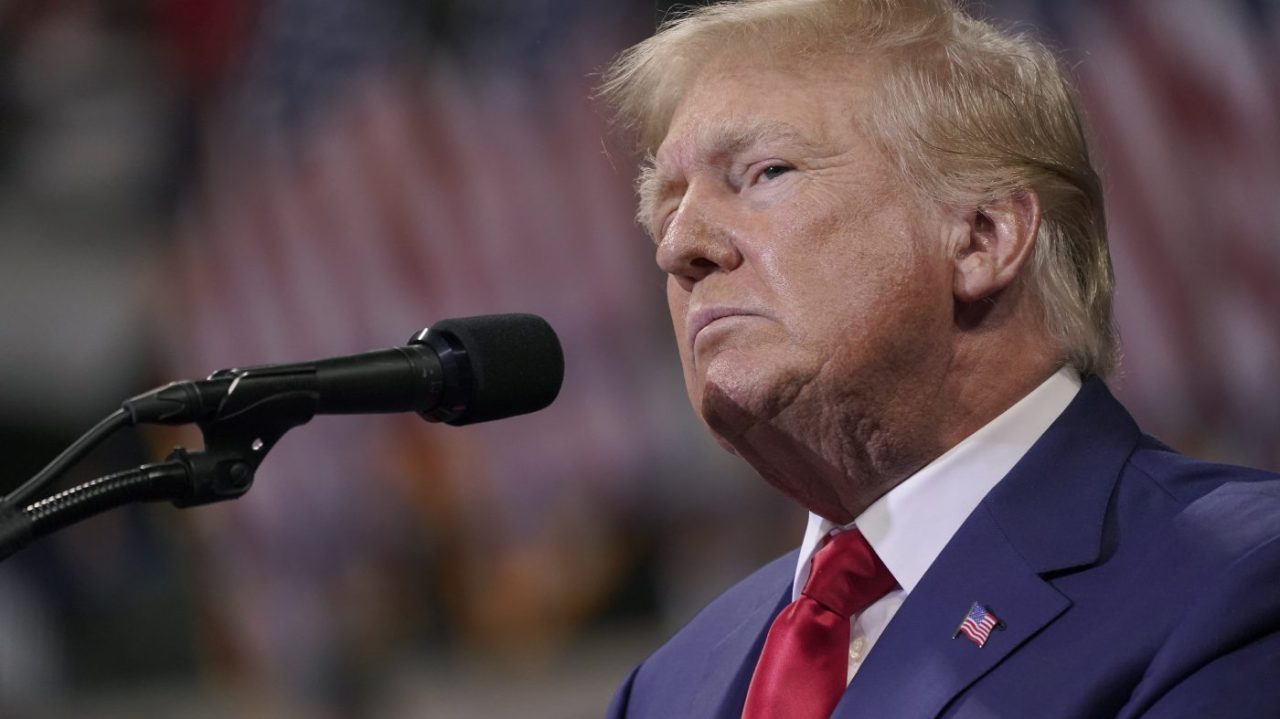 Fewer Republicans than ever say they are loyal to former President Trump over the Republican party, according to an NBC News poll.

Thirty-three percent of registered Republicans said they are a “supporter of Donald Trump” rather than the Republican party, the lowest since NBC News began asking the question.

The previous low was at 34 percent in May, while the highest was at 54 percent in October 2020.

The new numbers come amid concerns that Trump’s presence in the 2022 midterms, despite not being a candidate, could hurt the Republican party in November and give Democrats a shot at keeping control of the Senate.

Schumer moves to set up vote on bill to disclose super PAC donors Cheney: Pence ‘was essentially the president for most of’ Jan. 6

The new poll found that 34 percent of voters on the whole say that they have a positive view of Trump, compared to 54 percent who have a negative view. Twelve percent say that they are neutral toward the former president.

The favorability rating was a new low for Trump. Last month, 36 percent of respondents said they had a positive view of the former president.

Comparatively, 40 percent of voters see President Biden positively, according to the September poll, while 47 percent see him negatively and 11 percent are neutral.