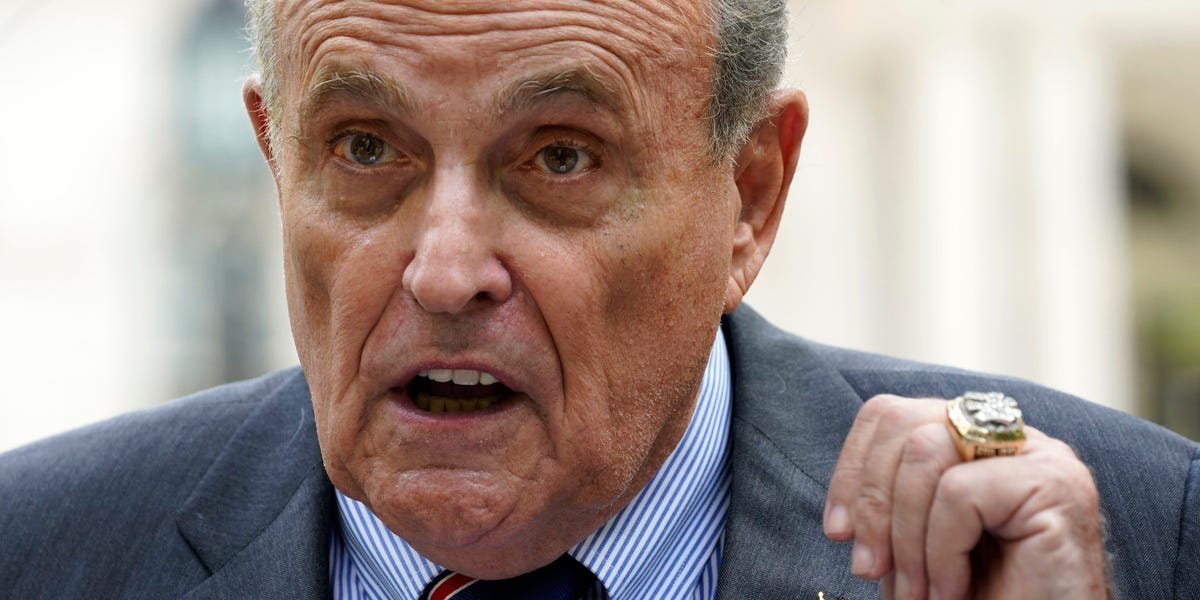 Giuliani said he was at Mar-a-Lago, working on “vetting” some “very rich” people — specifically, going through their tax returns for Trump. The incident occurred right after Trump became president, Giuliani said.

“When I was his lawyer, I mean, there was a period of time I was there like, uh, 10 straight days,” Giuliani said on a Sunday episode of the WABC77 radio show, “Uncovering the Truth with Rudy Giuliani & Dr. Maria Ryan.”

“I didn’t take, listen to this, this is my training on ‘top secret:’ I didn’t take them out of Mar-a-Lago,” Giuliani said, describing how he handled the documents.

“He told me, ‘Oh, take them home with you,'” Giuliani said of Trump. “I’m not going to take Wilbur Ross’ tax returns home with me. I could misplace them!”

“I — you know, I never, ever, ever, ever, ever, knowingly, and I never got caught — but I don’t remember ever taking a doc,” Giuliani added. He said he would place documents in a small safe at his desk in Mar-a-Lago to be worked on the next day.

Giuliani also said top secret files are “very, very strange the way they’re put together” and “often are very small, but they contain a lot of information.”

Giuliani and a spokesman for Trump did not immediately respond to Insider’s requests for comment.

During its raid of Trump’s Mar-a-Lago property on August 8, the FBI seized batches of classified documents, including some marked “top secret.”

The Department of Justice is now investigating whether Trump broke any of three federal laws — including the Espionage Act — by keeping the documents at his Florida residence. Trump has baselessly claimed the documents found were already declassified — and that he has the power to declassify documents just by thinking about doing so.